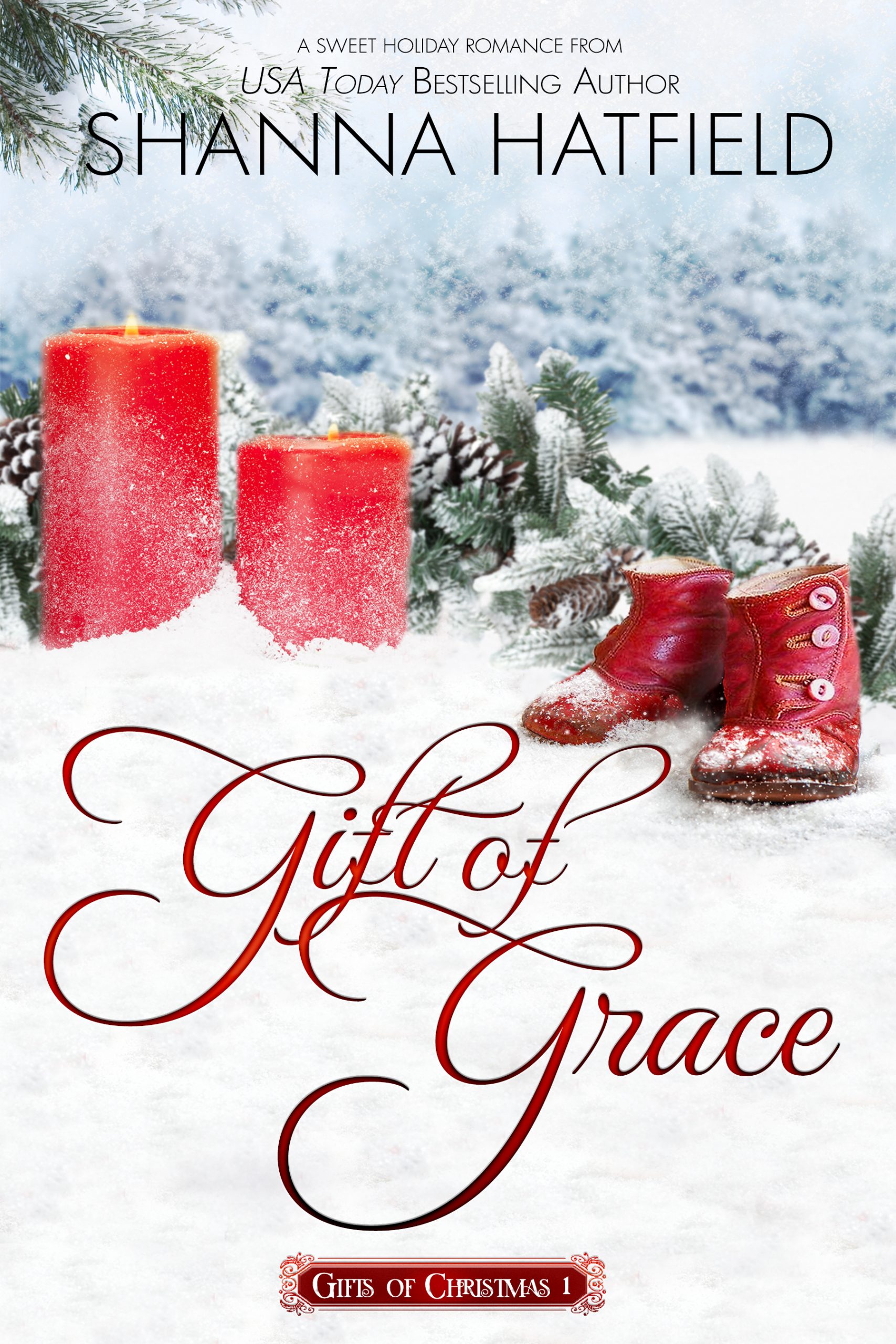 Are those freely given from the heart . . .

Ready to begin a new life far away from the sad memories of the Civil War, J.B. and Nora Nash head west on the Oregon Trail. They settle into the small community of Pendleton, Oregon, on a piece of land where they’re excited to build a future and their dreams together.

A devastating tragedy leaves them both reeling as they draw further and further apart. Nora blames J.B. for her unhappiness while he struggles through his own challenges. Only a miracle can bring them through their trials and reunite them for Christmas.

Together, will they discover the gift of grace in this sweet holiday romance brimming with hope, history, and abiding love?

Gift of Grace is the first book in the Gifts of Christmas series, a collection of heartwarming, wholesome romances, featuring precious gifts given straight from the heart.

Praise for Gift of Grace

“Ms. Hatfield has weaved a heartbreaking story into one overflowing with hope, sprinkled with humor, laced with blessings, and most importantly, tied with abiding love.”

“I truly enjoyed reading this delightful and moving story. A beautifully written book, and wonderful characters, make it the perfect Christmas read.”

“Never have I read such a touching book of loss and the power of love that heals one’s heart… Gift Of Grace was a beautifully written book about overcoming tragedy and learning how to live one day at a time.”

Nora clenched her hands into fists and pounded on his shoulders as he carried her into the kitchen.

The big galvanized tub they used for taking baths sat near the stove and she could see steam rising from the water. She had no idea what J.B. intended to do, but whatever it was she would fight him until her last breath.

“Put me down, you brute!” she demanded, pushing against his solid chest.

“Whatever you say, Nora,” J.B. said, dropping her into the tub.

Water splashed over the sides onto the floor and stung Nora’s eyes. She spluttered, pushing hair out of her face then rubbed her eyes.

Before she could stand and step out of the tub, J.B. reached down and ripped off her nightgown, sending buttons flying into the air. He wadded the ruined cloth into a ball and tossed it into a basket with dirty clothing.

He glowered at her, pinning her in place with an unrelenting gaze. “You stink and your hair looks like you rubbed bear grease over your head. Take a bath and wash your hair. Maybe by the time you finish, you’ll feel better. At the very least, you’ll smell better than something left to rot on the side of the road.”

Shocked speechless by his actions, she remained as still as stone as he went into the bedroom and returned with the tray of tea and toast.

“When you get out of there, you eat that toast and drink the tea,” he ordered. “If you don’t, I swear I’ll force feed you.”

Defiantly, Nora lifted her chin. “I’ll eat when I feel like it.”

J.B. picked up a bar of perfumed soap and a cloth then bent down until his nose nearly touched hers. “Either you start scrubbing or I’ll do it for you.”

Nora grabbed the soap and cloth from him. If looks could have killed, James Benjamin Nash would have inhaled his very last breath in that moment.