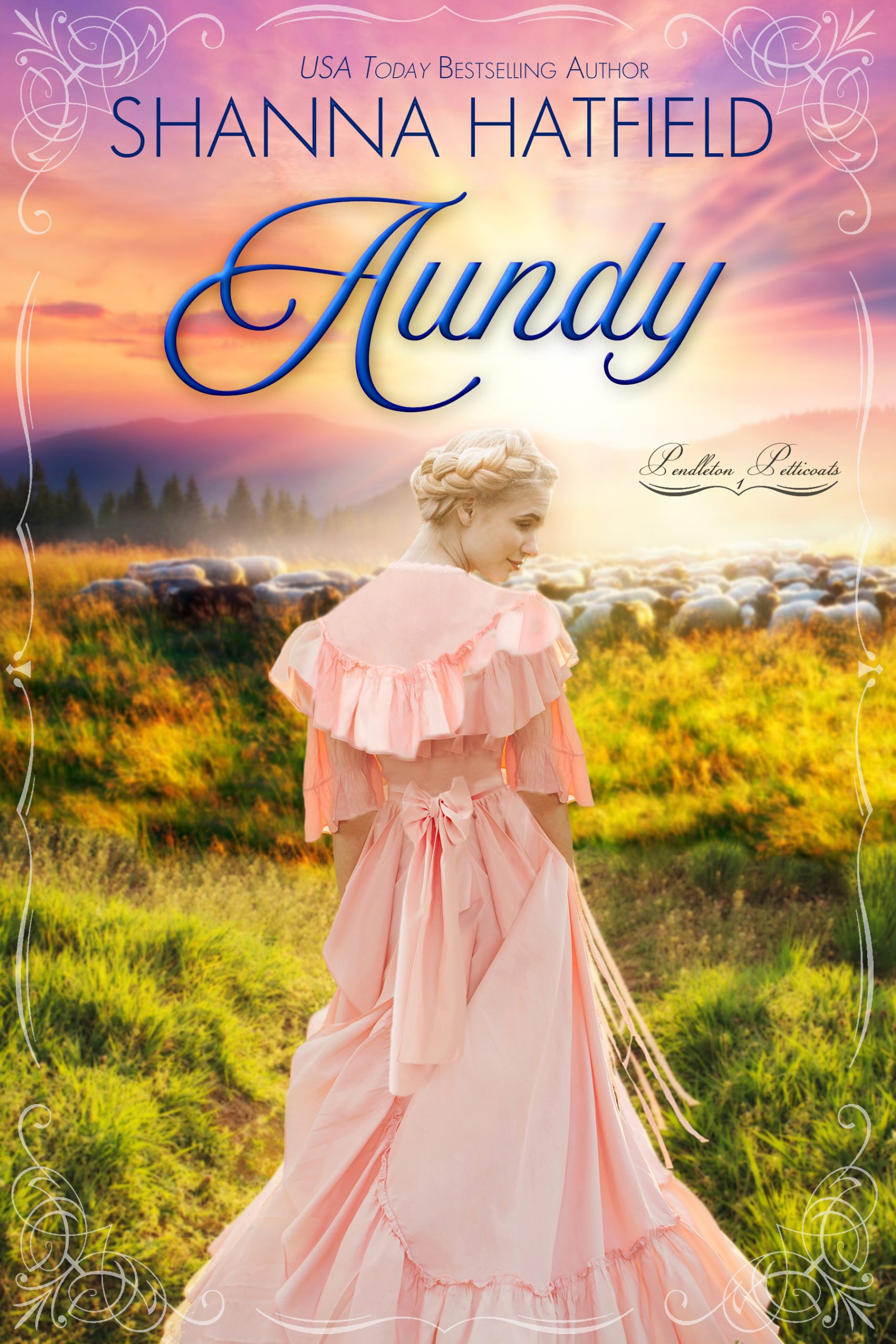 Desperate to better her situation, Aundy Thorsen agrees to leave behind her life in Chicago to fulfill a farmer’s request for a mail-order bride in Pendleton, Oregon.  When a tragic accident leaves her a widow soon after becoming a wife, Aundy takes on the challenge of learning how to manage a farm, even if it means her stubborn determination to succeed upsets a few of the neighbors.

Born and raised on the family ranch, Garrett Nash loves life in the bustling community of Pendleton in 1899. When his neighbor passes away and leaves behind a plucky widow, Garrett takes on the role of her protector and guardian. His admiration for her tenacious spirit soon turns to something more. He just needs to convince the strong-willed Aundy to give love another try.

“Shanna Hatfield writes a story that is reminiscent of the era captured by Bonanza and The Virginian, complete with the conflict between cattleman and those daring to raise sheep…”

“Fans of good clean historical romance that is rich in detail will certainly enjoy Aundy, but anyone looking for a sweet mail order bride tale filled with a few twists will be pleased as well. Truly one of the best mail order bride adventures that I have had the pleasure of reading.”

“The author makes the land, weather, and seasons an essential part of this fascinating story! The characters, including Aundy, are people I genuinely came to care for and want to know more about…This book also provides an accurate picture of many aspects of life in the West at the turn of the century.”

“What sets this story apart is humor, as it adds a bit of clean spice to a wonderfully written love story…”

“I just love stories with strong female leads and when it combines with historical…WOW! Read this book in just hours.”

“It isn’t your usual historic romance novel! The author brought each and every character to life.”

Before he let sense overrule desire, he yanked off his gloves and tossed them on the nearest chair then took her face in his hands, brushing his thumbs over her cheekbones, gazing into her eyes and getting lost in the warm blue depths.

Lowering his head to hers, he only meant to give her a swift, chaste kiss. Heat exploded between them at the touch of their lips. Garrett lost his ability to think as he repeatedly pressed his mouth, hard and hungry, to hers. When her arms slid around his neck, he drew her even closer and deepened the kiss.

Garrett felt lost to everything except the woman in his arms, the woman who fit there so perfectly. He admired her spirit, appreciated her fine figure, enjoyed her laughter, and liked her caring heart. What he felt now, though, was so much more.

He felt passion and, if he cared to admit it, soul-deep love for the girl who kissed him with every bit as much yearning as he kissed her.

Aundy finally pulled back with a ragged breath, eyes wide in delightful wonder. She’d promised herself she would never get involved with another man, but her feelings for Garrett were more than just involved.

Involved meant there was care and concern, maybe friendship and fun.

The wild currents of longing swirling inside her were so strong they made her bones ache. The emotions Garrett stirred in her were much, much more than she ever imagined feeling for anyone and most definitely beyond being merely involved.

“Garrett, I… you…” she said, unable to think with the delightful tingle of his kisses still riding her lips. She couldn’t believe he’d kissed her. Or that she’d kissed him in return.

Never, not once, had any kiss ever made her feel like her heart would pound right out of her chest. Her stomach felt light and her knees weak while she scrambled to regain the ability to have a coherent thought. How could one kiss, one magnificent kiss, affect her so?