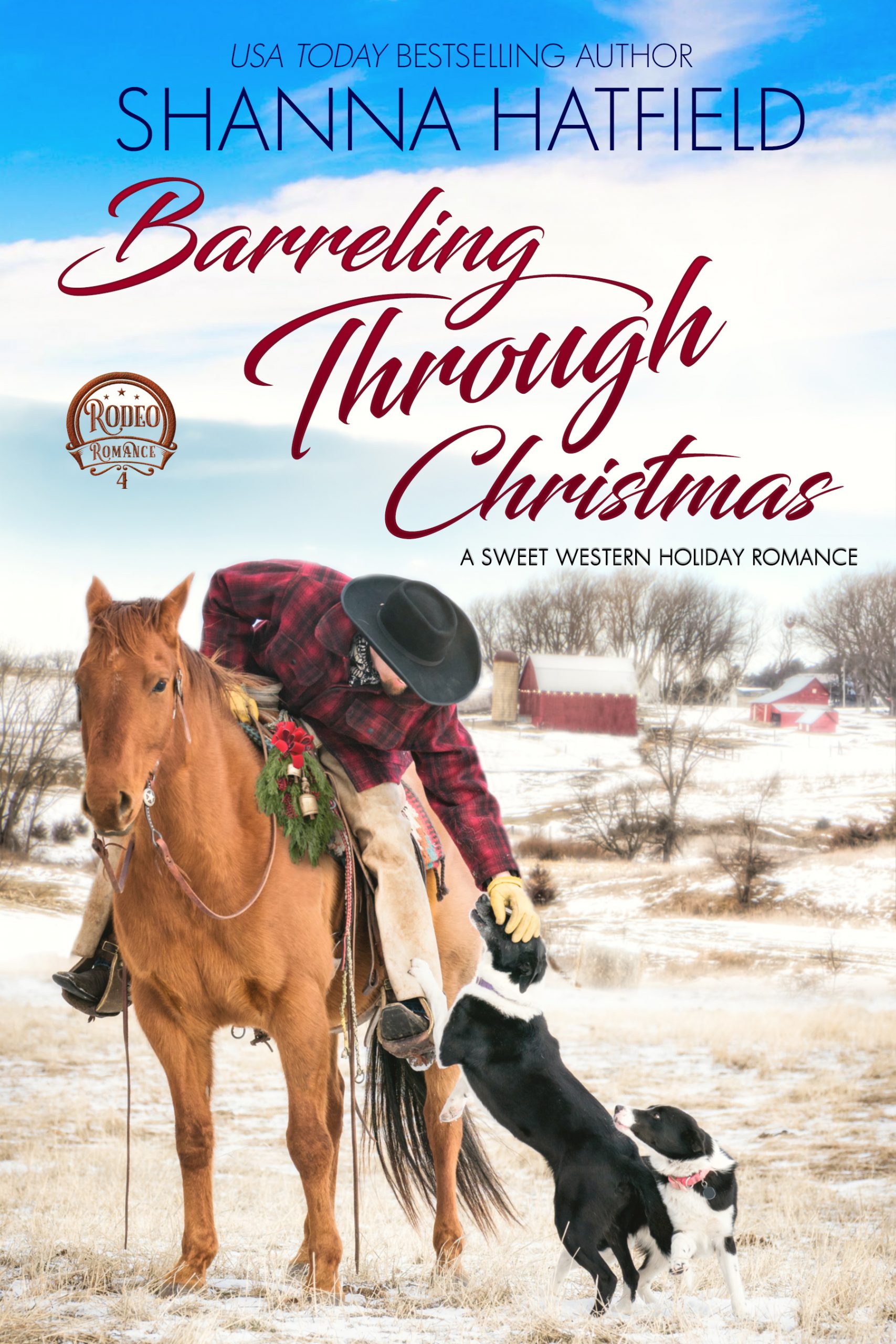 Surrounded by hunky cowboys, what’s a girl to do?

Advertising executive Paige Porter heads to Las Vegas for the finals rodeo with one goal in mind: Find a cowboy with the perfect…um… genes to model her client’s new western clothing line. After covertly watching hundreds of men walk by, Paige finally finds the cowboy with her ideal assets. Before she can approach him, he disappears into the crowd. She’s left with a picture of his back pockets and an annoying rodeo clown who makes her wish she’d never left home.

Cooper James lives life to the fullest, determined to make people smile with his own special brand of humor. As a rodeo clown and barrelman, he loves engaging the crowd and getting a laugh, even if it means embarrassing an uptight ad executive who’s desperately searching for the ideal model for a new brand of jeans. Intrigued by the woman, Cooper has no intention of telling her he recognizes the denim-clad backside in the photo she’s flashing all over town.

Praise for Barreling Through Christmas

Randi fisted a hand on her hip and studied her sister. “You’re terribly picky for someone desperately searching for a cowboy willing to have his butt exploited to benefit your career.”

Paige swallowed the mint she’d been sucking on and coughed, choking on the candy.

With feigned innocence, Randi thumped her on the back. “What? I’m just telling the truth.”

The glare Paige tossed at her only made her laugh. “Come on. The perfect behind has to be around here somewhere.” Randi tugged her down another aisle. The two of them stopped to admire a booth selling hand-knit scarves. “I think I’ll start my own list, like Santa’s, for all the good little boys. See,” she said, pointing to a cowboy who walked by. “Now that’s nice.”

“Don’t you feel the slightest bit of shame, ogling men’s backsides when you’re a married woman?” Paige took note of a cowboy with an exceptionally good-looking face, but when he turned around, he didn’t meet her criteria of what she was looking for in the jean department.

“No, I do not. I may be married, but I’m not dead. Besides, this is all in fun and I’m only staring at butts to help you. If you think I make a habit of gawking at men’s rumps, you are sadly mistaken. Dave’s cute little…”

Paige slapped her hands over her ears. “Too much information, Miranda Marie. I don’t want to hear anything about my brother-in-law that will make me embarrassed to look him in the eye the next time I see him.”

Randi giggled. “Okay. I’ll take it down a notch.” She walked close to Paige, categorizing the men the encountered as they continued meandering through the booths. “Nice. Meh, he’s okay. Oh, that one is nice.” She pointed to a cowboy walking past them and waggled her eyebrows. “Really nice.” Suddenly, she stopped and gaped at a cowboy standing across the aisle, talking to someone behind the counter at a booth selling a variety of tack. “Whoa, Nelly! He’s got to be on the top of Santa’s naughty list with a fine form like that.”

Paige glanced at the rear in question. Heat spiraled from her midsection to every extremity as she focused on the man’s backside. Without giving a thought to her actions, she lifted her phone and snapped two quick photos of the cowboy’s behind before he began walking away. “That’s the one, Randi. He’s the one!”

“Well, don’t just stand there. Let’s lasso him and drag him back to Portland.” Randi grasped Paige’s hand and the two of them struggled to make their way through the closely packed crowd as the cowboy moved further away from them.

“Did you get a look at his face?” Paige asked, nearing panic as they tried to catch up to the cowboy without any success. “Would you recognize him if you saw him again?”