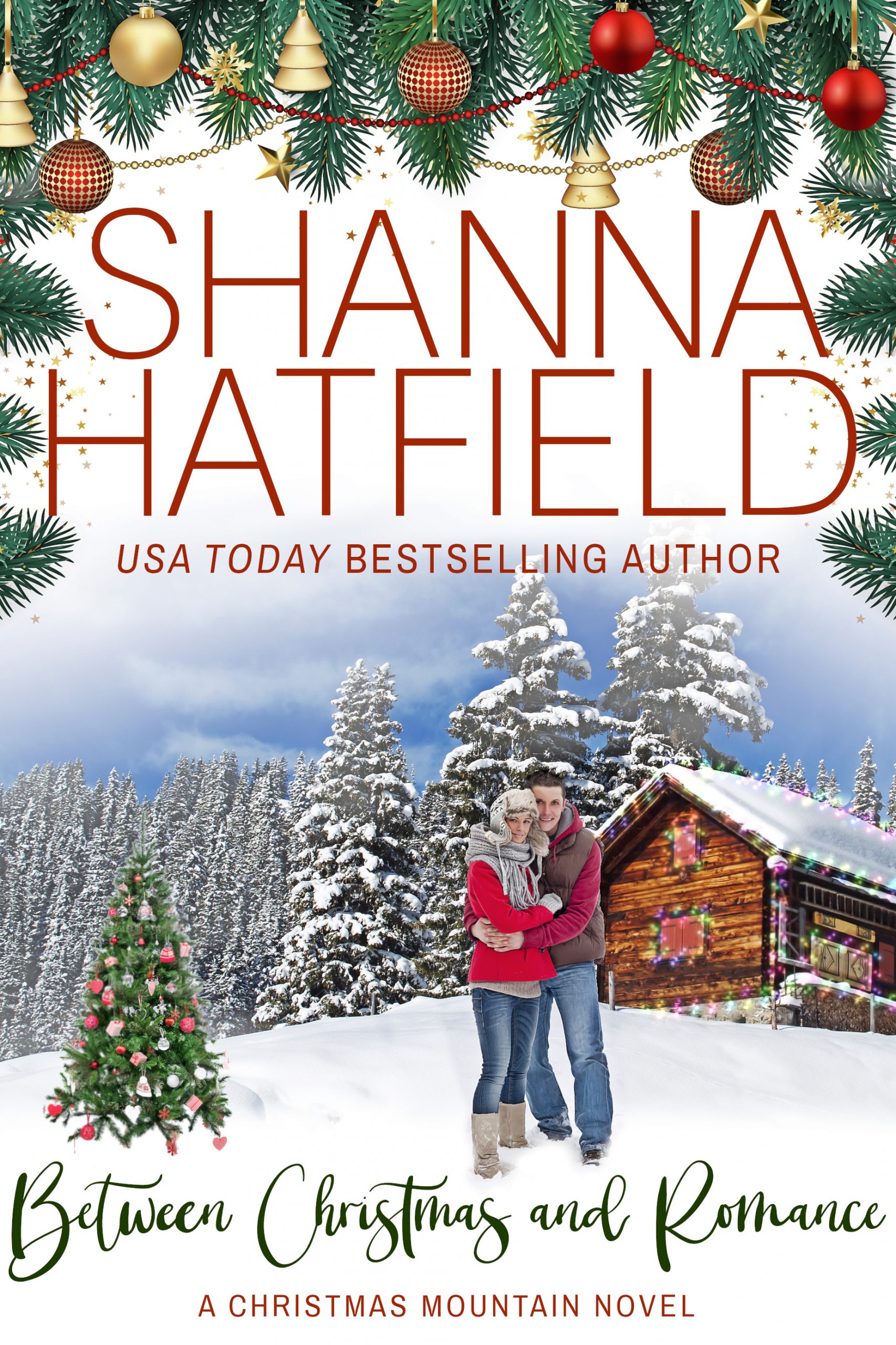 Between Christmas and Romance

There’s nothing like a little Christmas glow to light up a holiday romance. . .

When the bright lights and big city lost its luster, former model Carol Bennett returns to her Montana hometown disillusioned and ready to embrace a simple, quiet existence. After she takes over the Christmas Mountain bookstore, she is determined to forget the glitzy world that left her with broken dreams. The store provides the perfect place to hide from her past while indulging her secret joy of reading sappy books with happily ever afters.

On a day when she’s sure nothing could get worse, she encounters a cowboy too handsome for his own good and too insightful for hers. Although she adores his grandmother, rancher Tim Burke is stubborn and opinionated, declaring the only thing more wasteful of his time than the holidays is romance.

In spite of her determination to detest the man, the sparks sizzling between them make Carol wonder if being brave and latching onto happiness isn’t far better than staying safely tucked away in her store.

Will two such opposite people be able to find love somewhere between romance and Christmas?

Praise for Between Christmas and Romance

“I love books written in 1st person, but Shanna Hatfield’s version is the best I’ve ever read. I “’WAS’ Carol Bennett in this sweet Christmas romance from the first sentence. Between Christmas And Romance has catapulted me into the Christmas spirit.
I fell in love with Christmas Mountain, Montana and all the wonderful people who call this town home. But Tim Burke stole my heart…”

“Once again, Shanna Hatfield has given her readers an early Christmas present filled with warmth, humor, romance, and a healthy dose of sarcastic wit with her latest book, Between Christmas and Romance. Sparks ignite like fireflies in the night the moment Tim and Carol meet and the sizzle continues until the end in the small town of Christmas Mountain, Montana.”

Feigning innocence, I reached beneath the counter and brought up the stack of books Nancy had ordered two weeks ago. Not only was she a great customer, but she was a wonderful woman who always brought a little sunshine to my life when she stopped by the store.

The last time she came in, she mentioned she planned to have hip replacement surgery and would be out of commission for a while. That’s why she wanted the books. However, I had no idea the surgery would happen before the holidays.

“Did Nancy have surgery already? Is she doing well?” I asked, scanning the barcodes on the books and ringing up the total on the cash register.

“Nana is doing fine. I brought her home from the hospital yesterday. I hadn’t even finished breakfast before she started hounding me about coming into town to get her books. It’s a good thing I needed to run by the feed store anyway, so it isn’t a wasted trip. It’s a shame to come into town for no reason.”

The fact his sweet grandmother wanted her books to read while she recuperated should have been plenty of reason for him to make a trip into Christmas Mountain. Did this man have any idea how utterly stupid and barbaric he sounded? A sudden vision of him roping some unfortunate woman and dragging her off like a primitive cavedweller made me work to subdue my smile as he paid for the books.

I accepted the cash the cowboy handed to me and made change. Hardly anyone paid with cash these days. Regardless, I had the distinct idea Nancy’s grandson was anything but typical.

Nancy had mentioned him on occasion, but I couldn’t recall his name. Jim? Tom? Maybe I should have paid more attention when she spoke about him. If I had my facts straight, he’d served in the Army, done a tour or two overseas where he saw combat, and came to Christmas Mountain to help run the ranch when Nancy’s beloved husband, Bill, passed away. From the scant information she’d shared, I had no idea he was close to my age. I’d envisioned him as nearing middle age, balding, maybe with a beer belly.

Boy, was I wrong.

With all the well-meaning friends and customers who’d tried to set me up on dates in the past year, I’m surprised Nancy hadn’t nudged me in that direction with her grandson. Had she told me he was incredibly handsome with enough swagger to make women swoon I wouldn’t have accepted it as true. Some things had to be witnessed in person to believe.

I handed the bag of books to the man. When I did, our fingers brushed and it felt as though a charged jolt raced up my arm. It completely threatened to short circuit not only my stranger-danger vibe, but all my functioning brain cells.

It was just my luck to find myself attracted to someone I didn’t particularly like. Honestly, I held no interest in pursuing a relationship with anyone right now, but especially not a cocky, too-handsome-for-his-own-good cowboy who kept staring at me in a most unsettling manner.

Which is why I wondered what alien had overtaken my body when I delayed his departure.

“I didn’t catch your name,” I blurted as he headed toward the door, spurs jangling in an admittedly pleasant way. I noted they weren’t touching the floor and fears of damaged hardwood receded.

With quick steps, I hurried around the counter, uncertain why I didn’t just let him leave and hope to goodness I’d never see him again.

He stopped and turned back to me. “Burke. Tim Burke.”

An unexpected vision of the big man toppling into the snow, like a falling tree, struck me as ridiculously funny. Unable to stop myself, I snorted with laughter.

“Mind sharing the joke?” he asked in a frigid tone that would have turned water into ice in less than two seconds.