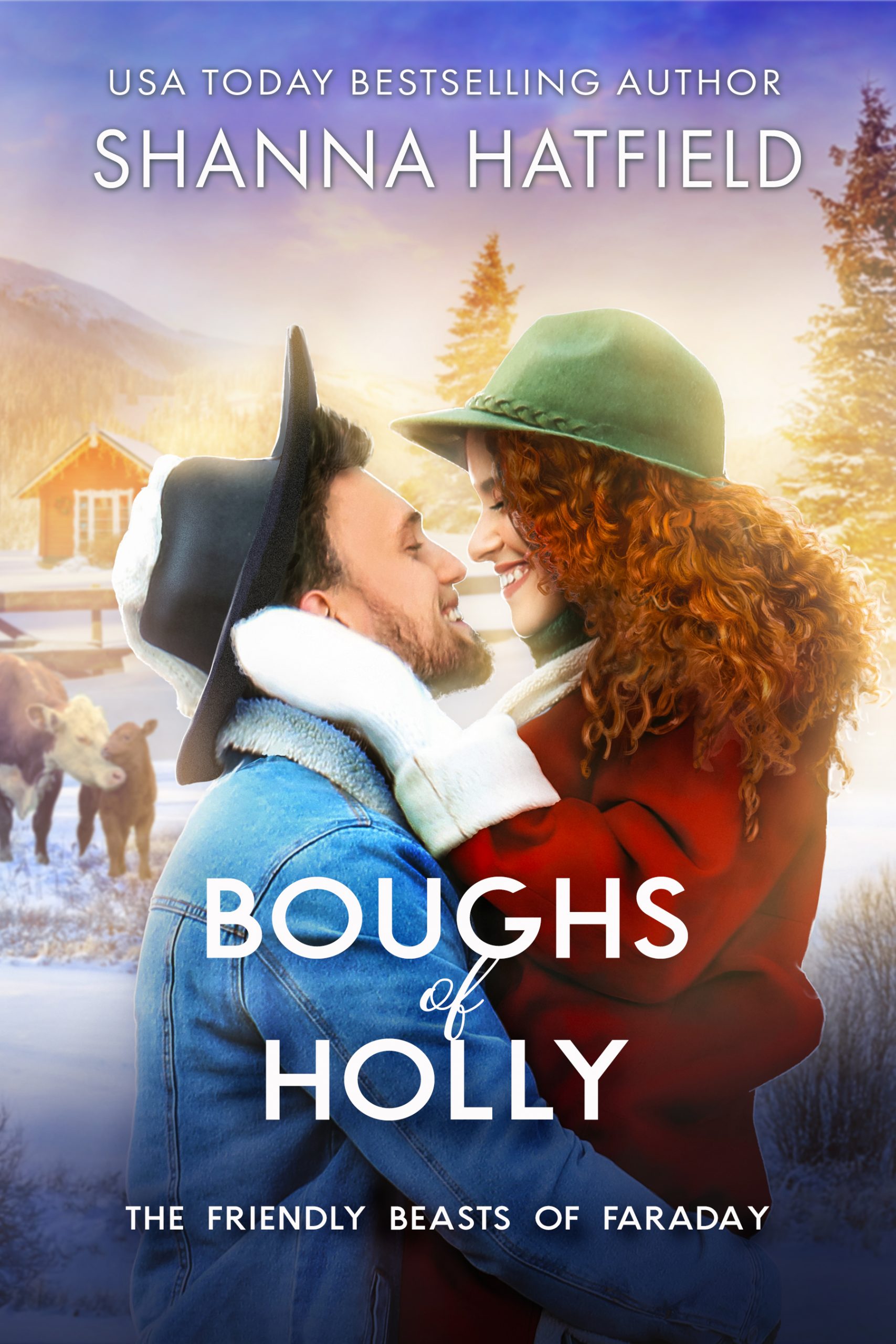 Seth Stafford loves every square inch of the ranch where his grandfather raised him. He’s built a good life there, even if it does get lonely. But he doesn’t have time for such nonsense as dating. If the crazy redheaded woman who terrorizes him when he drives into Portland for supplies is any indication of the available females, he’ll stick with tending his cattle. When his grandfather sustains an injury and requires extended care, Seth is forced to open his home to the woman. He just has to decide if he despises or loves her.

Nurse Holly Jones has never had a real home or stayed in one place for more than a year. She never wanted to, until she took a job in Portland working with the elderly. Surprisingly, she finds herself living on a remote ranch outside the small town of Faraday. There, among the cattle, horses, and cowboys, she considers all she’s been missing with her nomadic lifestyle. What would happen if she gave up her wandering ways and allowed her soul to set down roots or her heart to fall in love?

Can a cow named Ivy and a meddling grandfather nudge a reluctant couple together?

Find out in this heartwarming, sweet holiday romance, brimming with laughs and all the joy of the season.

Praise for Boughs of Holly

“Holly and Seth are the perfect match and the journey to discover that is a fun read! If you love animals, romance and a clean read, this is it.”

“Author Shanna Hatfield pours on the humor for this installment along with budding romantic feelings.”

He’d just reached for the door when it swung open. A woman, playing with her cell phone, breezed right into him. Her latte spilled all down the front of him.

“Oh, I’m so sorry!” The woman looked up at him with big gray eyes and freckles dotting her nose. Red curls spiraled around her face and over her shoulders like thick ribbons of coiled silk. High cheekbones and lips that seemed to naturally rest in a smile made her look both fun-loving and approachable, especially in the dark blue coat she wore with a sparkly pink scarf looped around her neck.

Lovely, she really was lovely.

Then recognition set in and Seth glowered at her. This woman was the reason he was walking in the rain in the first place. She was the ninny who’d nabbed his parking spot. “Do you pay any attention to what’s going on around you?” he snapped, aware he sounded like a jerk.

Uncertain whether it was caused by the woman’s alluring voice or the moisture soaking through his clothes, Seth shivered.

“Can I pay to have your coat dry-cleaned? You might want to drop it off before the milk dries.” The woman brushed at his chest with a napkin that quickly disintegrated, leaving little fibers of white clinging to the mess soaking into his coat.

“Never mind. It’s fine. Just watch where you’re going.” He tempered his tone as he stepped aside so she could walk past him. She opened an umbrella and knocked his hat off into a puddle.

Seth fought back the urge to shout in frustration, especially when she didn’t even notice. The woman’s attention appeared glued to the screen of her phone as she tapped a message with one finger.

Angry beyond words, Seth picked up his hat and went inside the coffee shop. He washed the latte off his coat as best he could in the restroom sink then gave his hat a shake before leaving the shop without even bothering to get a coffee to drink. He jogged the rest of the way back to his pickup and barely kept his teeth from chattering as he turned the heat on high and waited for it to dry his wet shirt that now clung to his back since his coat was not only wet, but smelly.

He’d just pulled into traffic and started down the street when a little mint-green car driven by a woman with a head full of red curls whipped in front of him, making him slam the brakes as the car cut around a corner.

“That woman is a menace!” Seth muttered hostilely. “If I never see her again it will be far too soon.”