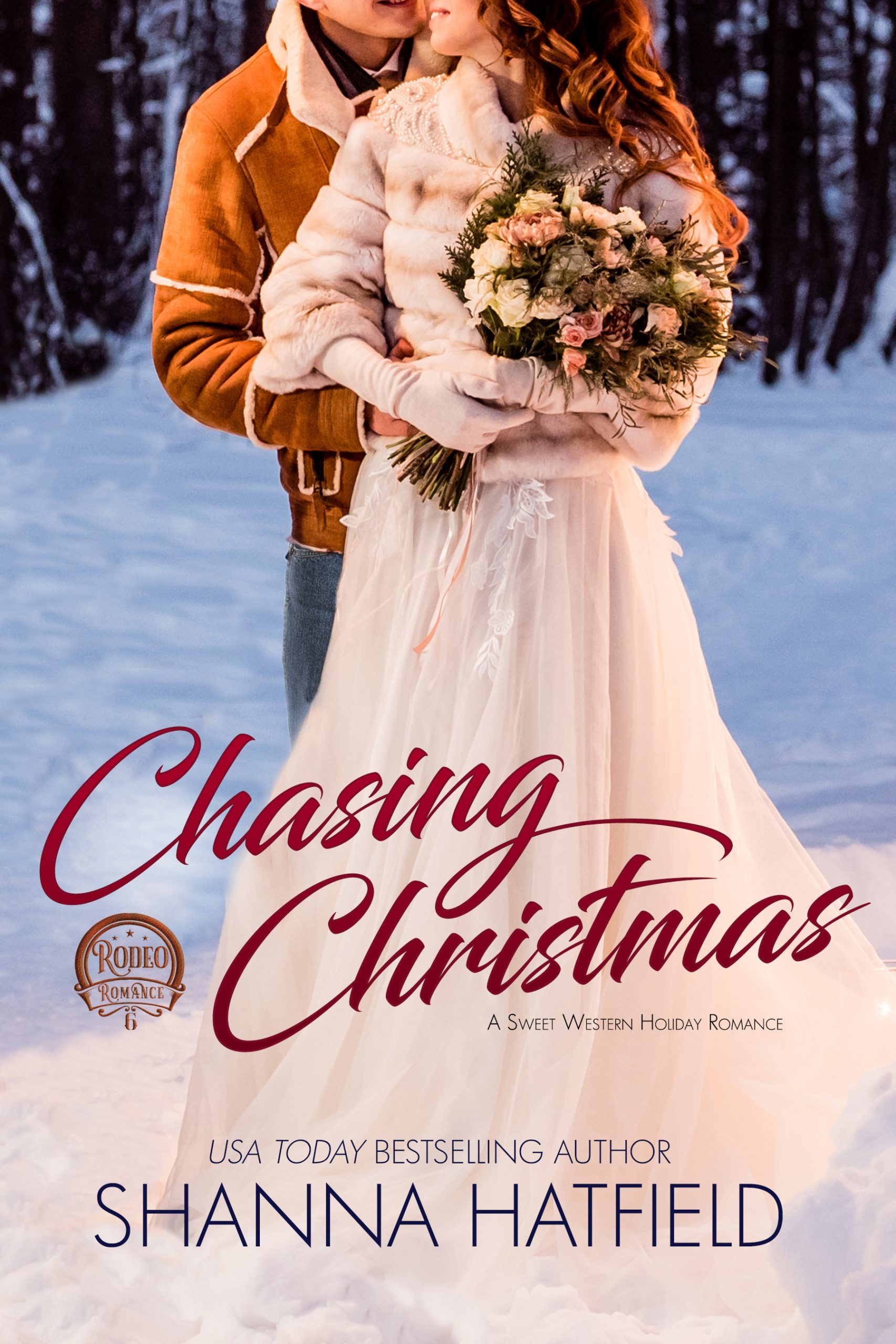 He certainly didn’t ask Santa for a bride. . .

Professional bull rider Chase Jarrett has the world on a string. The only blight in his idyllic existence is his nosy cousin’s nonstop nagging about his need for more publicity. Tired of listening to her suggestions, he gives her free rein when she hatches a plan to skyrocket his popularity. All he has to do is show up for a phony wedding in Las Vegas. Then Chase discovers the wedding was real, the surprise bride is beautiful, and his sponsors are demanding he remain married.

Shy and introverted, the last thing Jessie Pierce wants is to find herself in the spotlight. But thanks to a meddling so-called best friend, that’s exactly where she’s at. The promise of an all-expenses paid vacation to Las Vegas lures her on an adventure that ends with her unexpectedly married to a hunky bull rider who would draw her out of her shell if she’d let him.

A business proposal leaves the two of them committed to a year of marriage. How hard could it be to remain wed in name only?

Wrap yourself up in the joy of holidays and falling in love in this sweet, lighthearted romance.

“Once again, Ms. Shanna Hatfield has taken the reader on an emotional roller coaster ride with all the ups and downs of two special people, Bull Rider, Chase Jarrett, and Graphic Artist, Jessie Pierce. While this story is part of a series and does have many characters from the previous four books, it will easily read as a stand-alone novel. Ride this ride with Chase and Jessie, and you won’t regret it.

I went through so many emotions, from having times that I was laughing out loud so hard at some of the antics, to moments where I sighed from the sweetness to audible groans and shuttered from the unbelievable foot-in-mouth syndrome. The story is a clean contemporary that covers the rodeo circuit along with the stressful schedule and hazards of being a bull rider. Then to throw in an unexpected surprise of a marriage that was supposed to be fake, but in fact, is real.

The plot will begin with Ashley Jarrett, Chare’s cousin who handles his publicity, concocting a plan to have a contest where Chase will marry for a day, a lucky contestant, in Las Vegas the last day of the Championship Rodeo event. She assures him, this is all in fun, and just to lure in interest, endorsers, sponsors, and how the fans will love it. It is all to be pretend. Jessie’s best friend Stacy enters Jessie to become the pretend bride to Chase Jarrett, and when she wins, it will have the two girls traveling to Las Vegas. Jessie doesn’t even meet Chase until she walks down the aisle at the venue. Shy, unpretentious, she feels a spark when he takes her hand, but this is all for the show.

The story is full of various twists and turns, but what was supposed to be a fake marriage, comes with a major shock, a real preacher, a legal license, and now a predicament for both of them. Get it annulled, or to stay married in name only and pretend to be the happy newlywed couple for the adoring fans. For Chase, it will come with untold endorsements, new sponsors, and not only help him in his rodeo career but benefit him and his ranch financially. But what about Jessie and what is in it for her? Jessie will have the joys of being on a ranch again, and she will gain new clients for her business.

Besides laughing out loud, wanting to shake the living daylights out of these two, I was cheering them on hoping for both of them to come to their senses. Martyrdom doesn’t suit either one, and if there were two people who understood each other, especially with their childhood and families they had been dealt in life, it would be these two. Now if they could only be honest with themselves and each other.

The story will have the reader feeling like they are on the bull ride with all the angst between these two. Life would be so much sweeter, like all the yummy treats Jessie bakes, if they would just be honest and open with their feelings. Jessie is one of the calmest people, not exploding when most people would, she is an amazing lady, but she has had too many years keeping her emotions bottled up. “Still waters running the deepest.” Life is so short, and when you find that one, the person who makes your heart beat faster, you better grab on and not let go. BTW, you will get that HEA ending.”

“Your home is lovely, Chase.”

“Thanks,” he said, setting down her bags and placing a hand to her back. “Let’s get Tinfoil settled in the mudroom.”

“Tinsel. His name is Tinsel,” she said, walking beside Chase down the hall and into the spacious kitchen.

Gratified when she stopped and stared at his kitchen, he couldn’t miss the look of awe on her face. A breakfast nook held a table for four. During the summer, it was a great place to sit and look past his back yard to a pasture full of cattle.

“This kitchen is amazing,” she said, moving further into the room and admiring the wealth of cupboards, granite counters, and brand new appliances. “I can’t wait to cook in here.” She turned and gave him a questioning glance. “It is okay that I cook, isn’t it?”

“If you can do more than fry an egg or make toast, it’s better than okay,” he said, offering her a teasing wink as he opened a door into a mudroom that featured a washer, dryer, two big freezers, and hooks by the door where several of his coats and hats hung. He motioned to an open space on the floor near the tall upright freezer. “You can set Tincup down right there. I’ll get him a bowl of water. Do you have food for him?”

“Tinsel. His name is Tinsel and I did bring his food. I’ve also got his water bowl out in my rig. I’ll get him all set up.” She set down the cat then placed his carrier on the floor. Tinsel immediately sauntered over to Chase and rubbed against his leg. Chase sneezed twice and his eyes started to water. Jessie grabbed the cat and placed him inside the carrier. “I’m really sorry about your allergy, Chase. If I’d known I would have…”