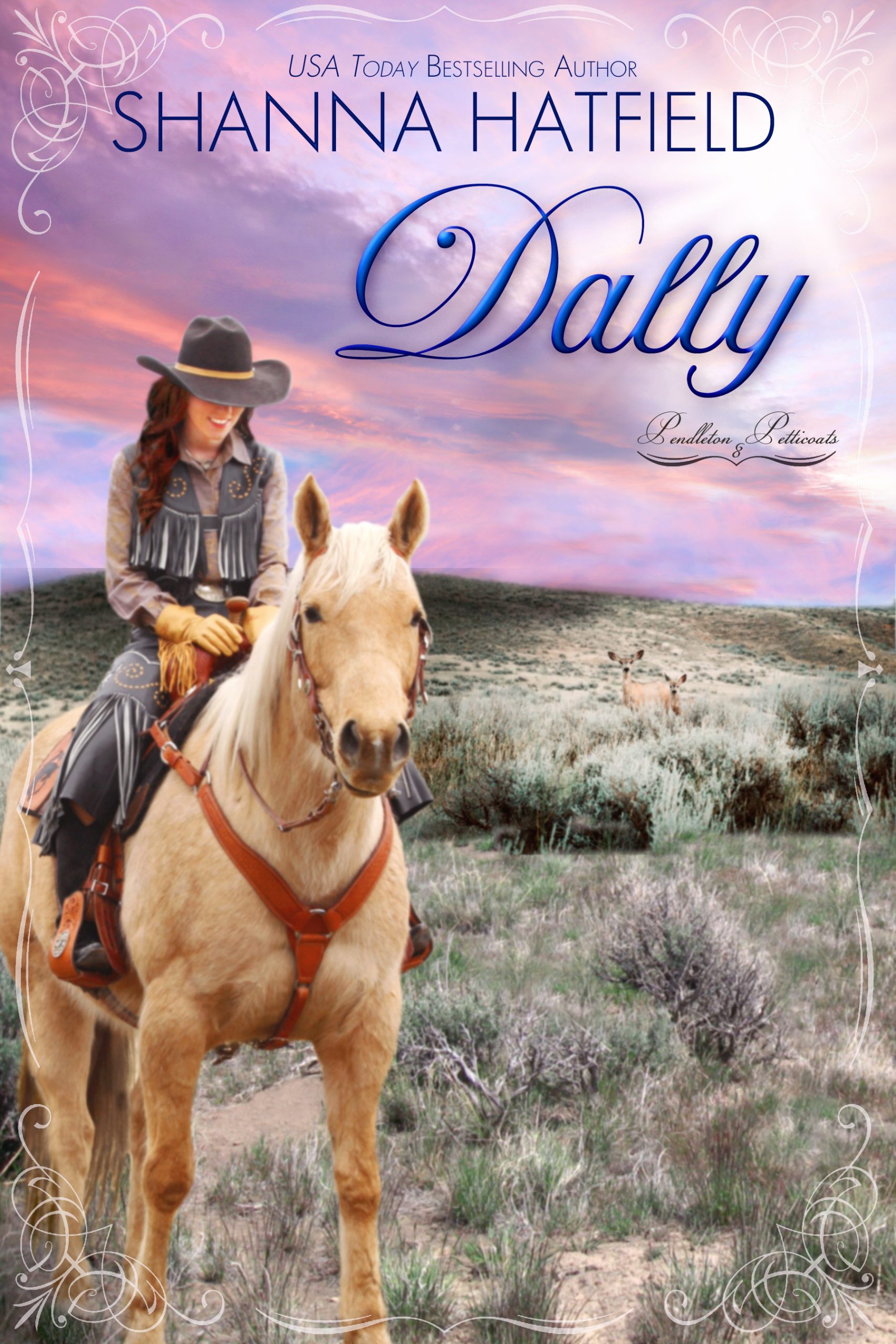 Unconventional Dally Douglas is as likely to be found wearing her brother’s britches and riding a horse as she is dressed in lace-trimmed finery sipping tea in the parlor. With no plans to wed, she convinces her family to allow her to stay at their ranch in Oregon. Free and unfettered, she plans to remain that way, even when the town’s beloved young doctor returns home and captures both her interest and her heart.

Charismatic, handsome, and dedicated to his work, Doctor Nik Nash finally makes his way back to Pendleton. After years of studying and gaining hands-on experience, Nik is excited to bring his skills and knowledge to the place he calls home. Focused on his career, he has no time for a woman, especially not one as lively, fascinating, and enchanting as Dally Douglas.

When a freak accident brings the two of them together, their stubborn determination may cost them the chance to know true love.

Bursting with sweet romance, this tender yet lighthearted story draws readers into a world of rustic elegant charm.

“All sorts of fun, witty conversations, a rodeo, and sweet romance make up this wonderful story of Nik and Dally. I love all of the wonderful characters from this series and look forward to every new edition to it! Shanna does a phenomenal job taking you back in time to enjoy a time in history where family, friends, and community were of utmost importance! As always, I couldn’t put it down, hated to see it end, and can’t wait for the next book!”

“A sweet and funny love story about two people who are sure of the kind of person they want to marry but things can change and they do. Could not put this book down loved every word.”

“Need a ride?” a man asked from beside her. His voice held a hint of mirth in its rich timbre, as though he held back a laugh.

“I’m fine,” Dally said, trying to deepen her tone enough to pass for a boy.

“I don’t believe you are fine, Miss Douglas. In fact, if I had to guess, I’d say your horse tossed you. Doomsday must be about to arrive because I’m pretty sure the end of the world would have to be imminent for that to happen.”

Her head snapped around and she glared at Nik Nash as he sat on his motorcycle, pushing it along with his feet as he remained at her side. She opened her mouth to speak but found no words forthcoming.

How in the world did he know who she was in her boyish clothes? And how could he possibly have deduced she’d been bested by the world’s most tetchy horse?

Nik’s left eyebrow hiked upward as he studied her. “Please, Miss Douglas. Allow me the great pleasure and honor of giving you a ride back to the B Bar D.”

“I’ll walk,” she said, stubbornly lifting her chin and hastening her step.

Nik shrugged. “Suit yourself.” Rather than start his bike and leave her in his dust, he continued to push it, staying close beside her.

“What are you doing?” she snapped, glaring at him. A wire basket on the front of the motorcycle held Nik’s jacket and doctor’s bag. It appeared he’d hastily removed his goggles and set them on the brim of the flat cap covering his shiny brown hair. The vest he wore outlined his lean form while the cotton sleeves of his shirt couldn’t quite hide the muscles lingering beneath the fabric. He wore strange trousers, made of canvas and riddled with pockets, along with a pair of laced up workman’s boots.

He certainly didn’t look like any doctor she’d ever seen. The few times she’d required medical care, the doctor had arrived in a suit with polished shoes and equally polished manners.

While Nik had fine manners and an engaging appearance, something about him seemed wild and a little untamed. Dally knew that look well because she so often saw it in the reflection of her mirror.

The young doctor was incredibly attractive, full of life and charm, and a heaping measure of fun. Regardless, she wanted nothing to do with the man. Why, he’d probably turn tail and run if someone suggested he ride a horse.

No, the man to win her heart would be one who could handle a restless girl and an unbroken horse with a gentle, patient hand.

And that man most decidedly was not Nik Nash.