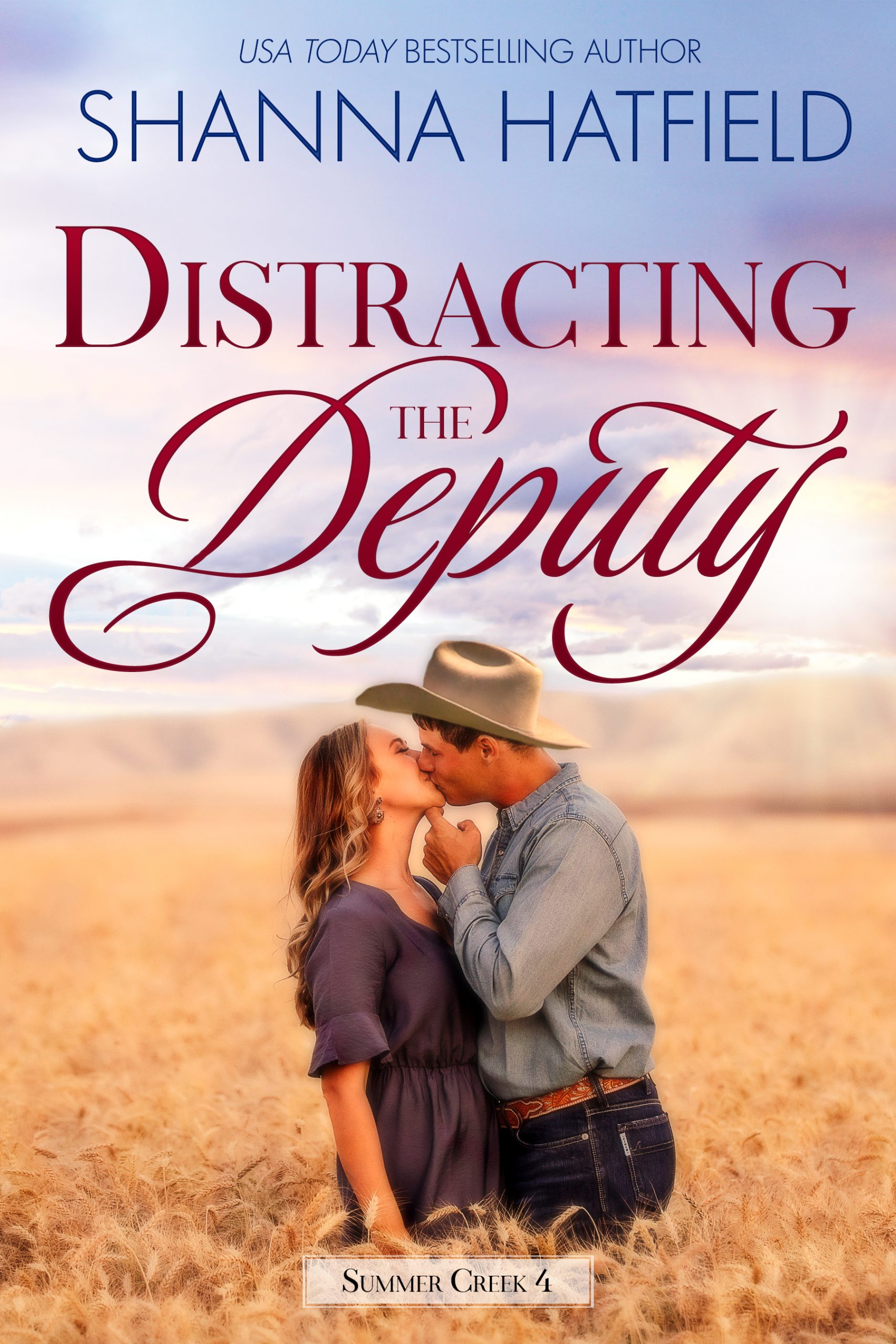 He’s sworn to uphold the law.

Her life is riddled with closely guarded secrets.

When the past catches up to her, will she rush to him or run away?

When he’s not evading grabby-handed octogenarians, mentoring troubled teens, or rescuing rascally youngsters from disaster, Deputy Knox Strickland can be found upholding the law in the eastern Oregon region he patrols. He avoids making plans for tomorrow, focusing instead on doing his best today. Then one chance encounter with a beautiful woman in a wheat field turns his world upside down. Knox is left questioning what secrets she’s hiding, and how hard he’ll have to work to scale the fortress she’s built around her heart.

Zadie Redmond isn’t like most women. A life spent looking over her shoulder has destroyed the promising future she’d once envisioned. Her days are spent leading hunting and fishing adventures, or teaching tiny ballerinas the proper way to plié. She fills her evenings with do-it-yourself projects while worrying about the day her past catches up with her. In an unexpected moment, the local deputy swoops into her world like a storybook hero and she knows nothing will ever be the same. Zadie will do anything to keep Knox safe from the danger lurking in the shadows, even if it destroys her chance at love.

Will Knox convince Zadie she can trust him with her secrets and her heart?

A sweet romance full of quirky small-town fun, Distracting the Deputy is a story of hope, help, and hanging on to what matters most.

Praise for Distracting the Deputy

“Another sweet story from Summer Creek, although this one has suspense and danger for Knox and Zadie. Knox has a heart of a servant and the willingness to lay down his life for those he loves if necessary. As Zadie opens her heart to him she is forced to face her fears and put her past behind her. I couldn’t put it down. Shanna has such a gift of making you feel a part of the story and that these are people you know. I also love the connection to other books like Jon Sinclair from Roping Christmas. Can’t wait for the next one.”

He could tell the moment Zadie realized she wasn’t alone. Unlike most people who would have been embarrassed and made excuses for trespassing, she opened one eye to see who had dared interrupt her moment of solitude in the fading August sun.

“I know I shouldn’t be out here, Deputy Strickland, but the wheat field called to me and I had to answer,” she said with a sassy grin.

“Called to you?” He spoke in a hushed tone. Something about this evening warranted whispers, maybe even a few secrets.

Rather than answer, Zadie closed her eyes and returned to brushing her fingers over the beards of wheat in a light caress. For a fleeting moment, Knox wondered what it would be like to feel her touch against his skin.

“What’s going to happen next?” he asked in mock seriousness. “Is the hayfield over there going to serenade you?”

Zadie laughed softly. “No. Don’t be absurd. The scrub jays have done a superb job of that.”

He stood perfectly still, listening with his heart as much as his ears. Birds sang to each other. Water chink-chinked out of a pivot. The breeze wound through the wheat, making it almost sound like a pair of brush sticks scratching across a drum.

Absorbed in the moment, he finally turned his focus back to Zadie. “For the record, I’m off duty, so I suppose that means we’re both trespassing.” He gave her another long glance. “What are you really doing out here?”

Zadie opened her eyes and turned to face him. “I’ve never walked through a field of ripe wheat. It seemed like a great evening to cross that experience off my list of things I want to someday do. It’s magnificent, like the breeze and the birds and the land make their own music.”

Uncertain what to say in response to a statement both poetic and peculiar, Knox merely nodded.