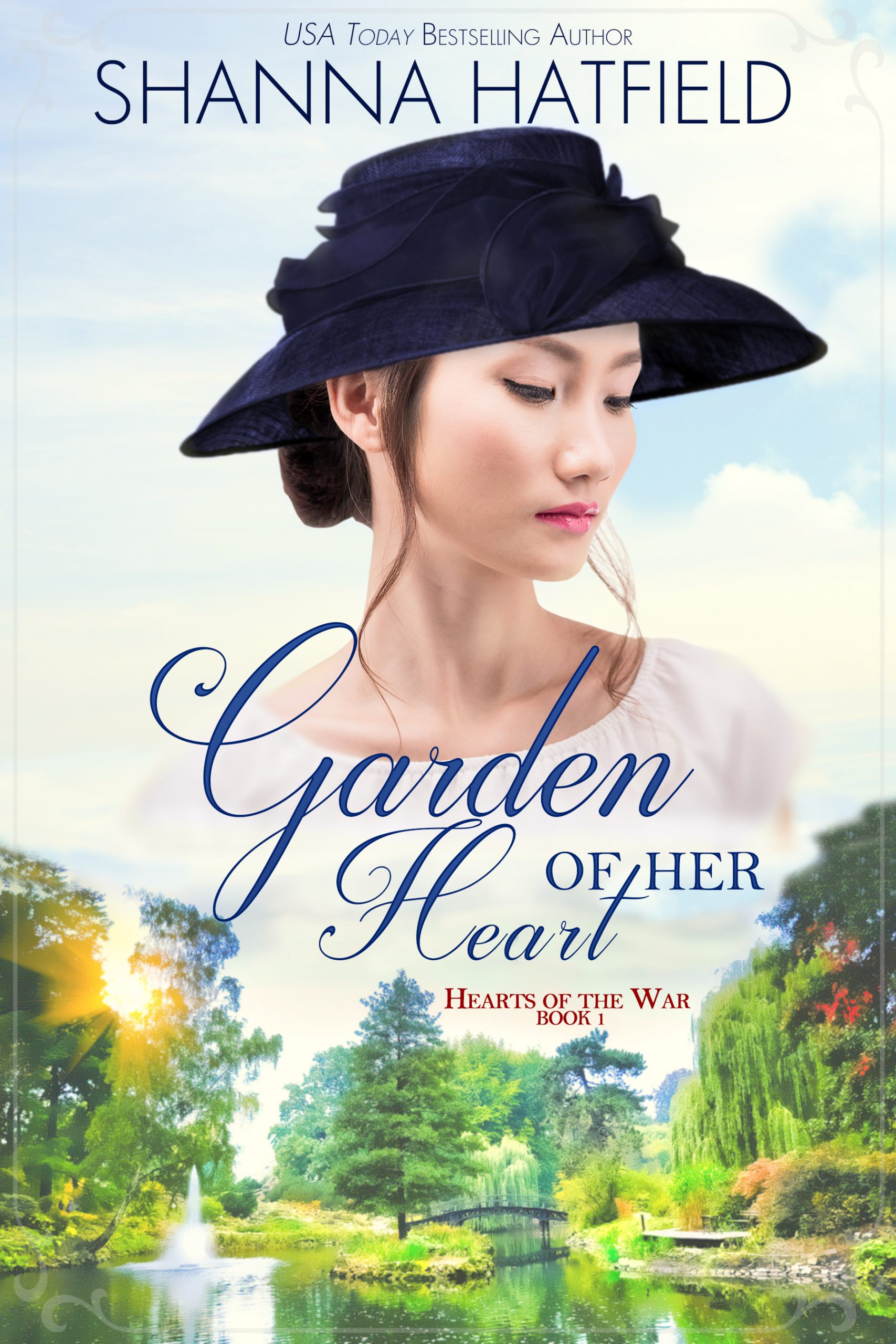 Garden of Her Heart

Can forbidden love blossom amid the constraints of war?

The moment the Japanese bombed Pearl Harbor, life shifted for Miko Nishimura. Desperate to reach the Portland Assembly Center for Japanese-Americans, she’s kicked off the bus miles from town. Every tick of the clock pushes her closer to becoming a fugitive in the land of her birth. Exhausted, she stumbles to her grandparents’ abandoned farm only to find a dying soldier sprawled across the step. Unable to leave him, she forsakes all else to keep him alive.

After crashing his plane in the Battle of the Atlantic, the doctors condemn Captain Rock Laroux to die. Determined to meet his maker beneath a blue sky at his family home, he sneaks out of the hospital. Weary and half out of his mind, he makes it as far as a produce stand he remembers from his youth. Rather than surrender to death, Rock fights a battle of the heart as he falls in love with the beautiful Japanese woman who saves his life.

A poignant, sweet romance, Garden of Her Heart proves love can bloom in unlikely places even under the most challenging circumstances.

Praise for Garden of Her Heart

“Garden of Her Heart is a captivating story that pulls the reader in from the beginning. Hatfield writes a tale of love, courage and sacrifice, and of a prejudice that threatens life and liberty. The history surrounding the bombing of Pearl Harbor and what happened after that fateful day is accurately, and at times painfully, represented. However, Hatfield reminds us that hope, romance and triumph reign.” — Tina Marie Reiter, RT Book Reviews

“Hatfield is a prolific writer of romances, among other works, and she effectively keeps things moving while also rooting her story in engaging historical and cultural details. Her addition of a slang-dishing neighbor kid as a character also provides some occasional comic relief… A historical tale that will most appeal to romance fans for who enjoy a slow-burn approach.” — Kirkus Reviews

“An amazing read about a time and place few lived through and even fewer remember, ‘Garden of Her Heart’ should not be missed by any reader.” — Julie York, InD’Tale Magazine

“Shanna Hatfield’s ‘Garden of Her Heart’ is a warm and moving WWII story of a love hoping to bridge two cultures in a time of turmoil. Strong characters, historical authenticity, and unique twists of fate blend with details of American Japanese life near Portland Oregon and a wounded soldier’s love. It both informs and inspires. Readers will remember this unique romance that blooms in the garden of the spirit and the heart.”– Jane Kirkpatrick, NYT Bestselling Author and Award-winning author of This Road We Traveled

Dazed and drained, Miko came to her senses as she reached a road she recognized in the predawn light. It led to a farm owned by one of her grandparents’ neighbors. If she cut through their pasture, it would save her a few miles of walking.

She pushed down the wires of the fence and stepped over it, then reached back for her suitcase. The barbed wire caught her coat. Miko jerked it away from the snag and rolled her eyes in frustration when the fabric ripped.

Sudden anger, at herself for her own arrogance and stupidity as well as the circumstances that left her walking through the woods in the rain at night, fueled her steps. Indignation lent her spent body strength as she hurried across the pasture. A few cows tossed uninterested glances her direction, but none moved her way.

Relieved when she reached the far end of the pasture, she hurried over the fence and along the edge of the trees that circled the vast acres her grandparents owned.

The first fingers of dawn stretched across the drab sky as she stepped from the trees and swallowed back a sob at the sight of her grandparents’ produce stand. As long as Miko could remember, her family had sold produce from the red-painted structure filled with shelves and bins to hold every type of vegetable and fruit the fertile soil would grow.

A hundred yards behind the produce stand, a white picket fence surrounded the cheery yellow bungalow home her grandparents had built in the mid-1920s. With a wide porch and a plethora of flowers surrounding all four sides, the house appeared welcoming. Beyond the yard, a barn and large storage building, along with a collection of outbuildings, alluded to a prosperous farm.

With a prayer to find her family waiting inside for her, she raced up the front steps of the porch and tried the door. The knob rattled but didn’t turn, locked from the inside. Miko set down her suitcase and rushed around to the back door. In her haste, she tripped over the body of a man as he sprawled across the back step.

Unconscious, the uniformed soldier shuddered against the chill in the air, his clothes every bit as wet as hers. At least his jerky tremors assured her he wasn’t dead.

Panicked, she pounded on the door. “It’s Miko! Open the door! Please!” Fist banging against the wood, she called out to her grandparents, willing them to be there.

All remained eerily silent in the house. Single-minded in her efforts to enter the dwelling, Miko stepped over the man and lifted a brick from the border edging the flowerbed. With a spare key in her hand, she jammed it in the lock and pushed the door open, rushing inside.