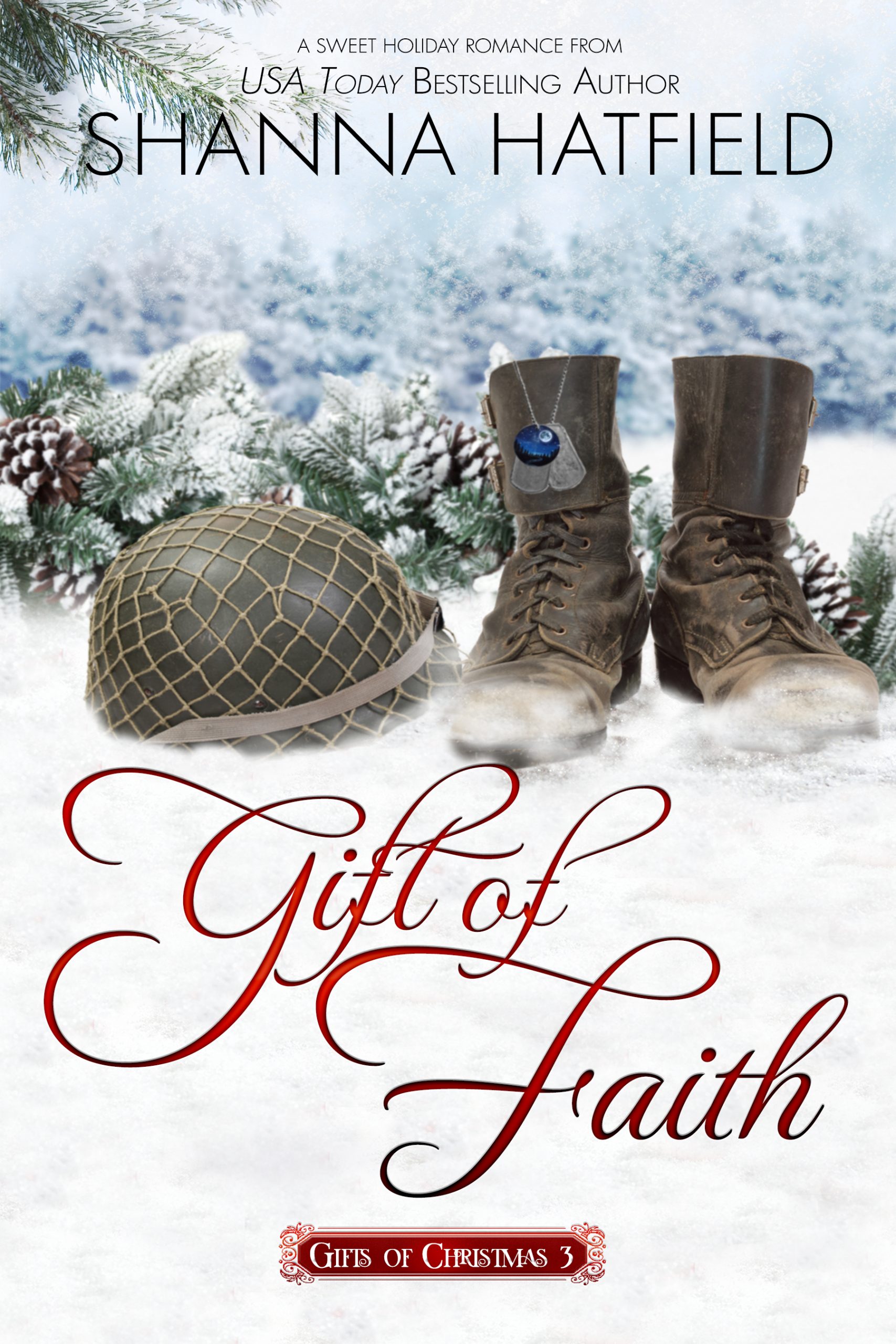 When their faith is tested

Will Christmas bring a miracle?

Handsome and engaging, Marc Rawlings could have his choice of girls, but he only has eyes for gentle Amy Madsen. Ready to begin a future with her, he instead asks her to wait for him while he heads off to war. Bound by his duty to his country, Marc leaves his heart with her, counting on the day they’ll be reunited.

Amy Madsen spends her days working in her family’s bakery and her nights gazing up at the sky, hoping her fiancé knows she’s thinking of him. When tragic news arrives, Amy refuses to believe it, clinging to her promises to Marc and her faith that he’ll return to her.

It will take a miracle and a unique gift of faith to bring a happy holiday during a wartime Christmas in 1942.

Gift of Faith is the third book in the Gifts of Christmas series, a collection of heartwarming, wholesome historical romances, featuring precious gifts given straight from the heart.

Praise for Gift of Faith

“Ms. Hatfield has save the best for last in The Gift of Faith. Her true-to-life characters, settings, and sweet, swoon-worthy romance makes this a truly outstanding, unforgettable read. I challenge anyone to put down this book once they start reading it…it is splendid!”

“Once again Ms. Hatfield writes a poignant love story with lovable characters and heart-warming messages. The message of hope and faith resonates deeply, while two impish boys keep you laughing as they wrap themselves around your heartstrings. A perfect story for the holidays.”

“The author weaves in the history and lingo of the times which makes it even better. Amy and Marc’s love for one another is so strong and pure and reflects the values often missing today. And the twins so full of childish mischief of the time will be lucky to make it to adulthood!”

He chuckled and tugged her into his arms, sweeping her around the corner of the carport, out of view of the house. “I do not, Miss Madsen, think you are like those girls. If you want the truth, I think you’re perfectly wonderful.” He raised her left hand to his lips and kissed the engagement ring he’d placed on her finger just two weeks ago. “I love you, Amy.”

“And I love you, you infuriating, teasing, obnoxious…”

Marc captured her lips in a passionate kiss before she could say another word. Her arms twined around his neck and he lifted her off her feet, holding her so close, the buttons on the front of her dress threatened to poke permanent holes into his chest. Neither of them cared as they poured out their love, fears, hopes, and wishes into the kiss.

Birds twittered in the trees overhead, a breeze danced around them carrying the scent of lilacs from the bushes blooming along the side fence, while the sun beating down on his shoulders held the promise of another spectacular spring day.

But he didn’t notice any of that. The world was lost to him, except for Amy and how good it felt to hold her in his arms.

“They’re at it again,” a childish voice proclaimed from behind him.

“He’s gonna suck her lips right off her face. Ewww!” a second voice chimed in followed by a round of giggles.

Their kiss abruptly ended when Amy jerked away with a startled gasp. She’d taken three steps away from him before he caught her, sliding his hands around her waist. He refused to let her pull away as he rolled his eyes at the untimely arrival of his twin brothers. If they weren’t such cute little grasshoppers, he might have strung them up by their toes in the big maple tree at the back of the yard.