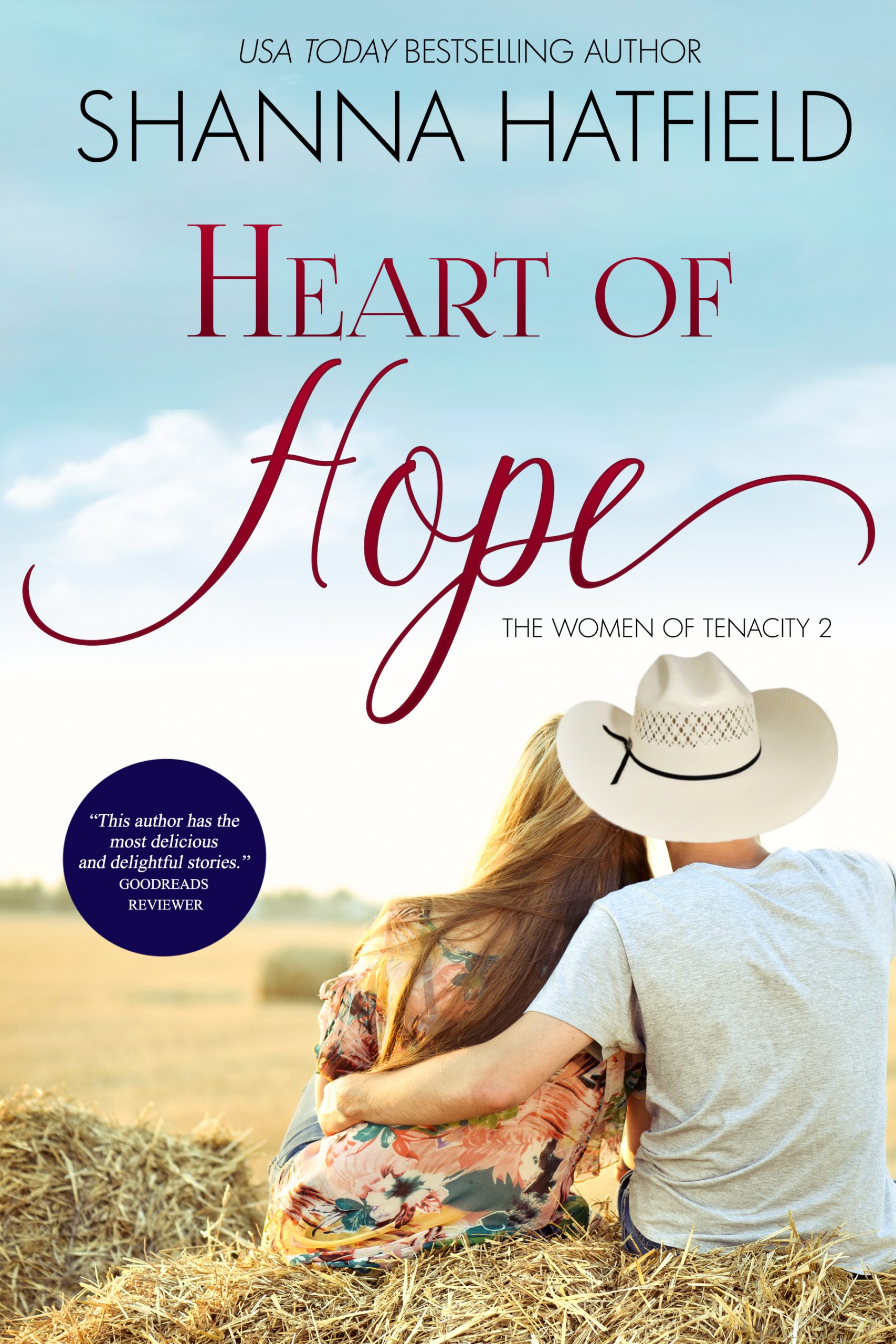 The bonds of love are tested in this emotion-packed, laugh-out-loud story of family, forgiveness, and hope.

Focused on her career, the very last thing on Jenna Keaton’s mind is finding a husband. Unfortunately, someone forgot to send fate the memo when she falls for a man who intends to move away from the city and toil in the soil. Despite how much she loves him, she can’t picture herself as a country wife.

Successful, handsome, and blissfully single, Josh Carver thinks life couldn’t get any better until he encounters Jenna Keaton. Sparks fly when he reveals his lifelong aspiration to be a rancher and she decides he’s gone off the deep end.

Praise for Heart of Hope

“Enjoyable story. Not complicated. Great book to relax with after a rough day. Looking forward to reading the next book in the series.”

“I love this series of books! I can’t wait to read the next one…just gotta find time to read the whole thing at once because I hate to put them down once I start reading!”

“This couple has love at first sight ‘thing’ but both tried to ignore the feelings. It will hold your attention throughout the the book. The outcome will come as a mystery surprise when the doctor comes out to tell Josh, ‘maybe you better sit down, Jenna is…’.”

Josh was watering Jenna’s flowers when he heard a scream from inside the house. Tossing aside the hose, he entered through the back door at a run. As he plowed into the kitchen, he saw Jake’s red face turned toward the wall while Jenna, her face even redder, clutched a dishtowel to her chest as she slowly backed out of the kitchen. Her outfit, at least what he could see around the dishtowel, made his eyes widen in surprise.

Glad he wore a shirt that snapped up the front, Josh quickly yanked it loose, slipped it around Jenna, and swept her into his arms. There was no way she could beat a hasty retreat in the strappy high-heeled shoes she wore. He carried her into their bedroom, kicked the door shut, and dropped her on the bed. Standing up, he gaped at her.

“What are you doing?” he finally asked in a rough voice, confused, annoyed and wildly excited all at the same time. “You aren’t supposed to be home until this evening.”