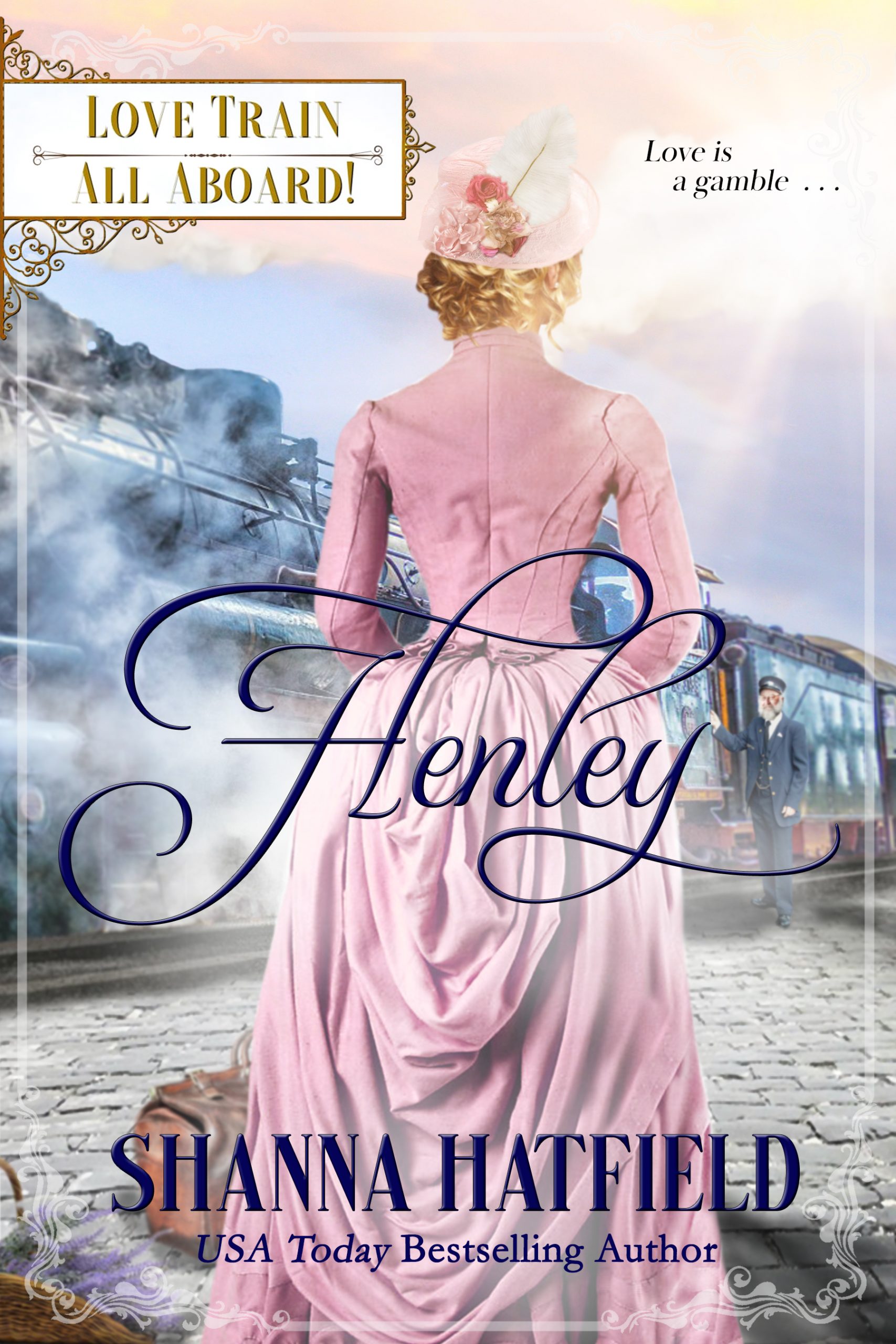 Love is a gamble,

and heartbreak is a risk she’s willing to take.

Henley is part of the Love Train sweet romance series. Look for more books set in Holiday in the heartwarming and wholesome Holiday Express series.

“If you love stories with strong female characters, stories of forging one’s own destiny, taking responsibility for life and opportunities, this is a series you must not miss.”

“Shanna has a way of writing that makes you feel like you know these people and they are old friends. I also love that she researches so thoroughly the times and customs so the stories are believable. A truly enjoyable book.”

“We feel like we are really in this time through the great imagery of Shanna.”

“This was such a sweet romantic story. I fell head over heals in love with this couple, their chemistry was spontaneous.”

Evan wondered when he’d grown so fanciful in his thoughts and concluded it had happened the moment he’d met Henley Jones.

He dragged his gaze from her to look around the people filling his waiting room. Apparently, word had gotten around quickly that he was back in town.

Mrs. Busby was there, no doubt to complain about her non-existent gout, or perhaps it would be one of her dozen other imaginary illnesses. The woman came in regularly, convinced she suffered from an assortment of ailments. Evan thought her problem was loneliness since her husband had died a year ago in an accident at the lumber mill. Their son worked at the mine and rarely came into town to visit. The woman needed something to occupy her time, but Evan had no idea what would shift her focus off her troubles and in a more positive direction.

There were two miners there, one bleeding from a cut on the side of his head, the other from a jagged tear on his ear that bore what looked suspiciously like tooth marks. They sat on opposite sides of the room, but intermittently growled and scowled at each other.

Mrs. Nelson rocked her baby in her arms. Little Opal was screaming as loudly as Albert had been earlier.

And Mr. Wagner, an old coot everyone referred to as Gramps, sat near the door with a chicken on his lap. Evan had told him a dozen times he didn’t treat anything that wasn’t human, but Gramps couldn’t seem to get it through his head that Evan had no interest in doctoring his menagerie of animals. The last time Gramps had come to the office, he’d dragged in a smelly goat that ate half a medical textbook before Evan had shooed them both outside. Of course, he’d gone out to Gramps’ place later and treated the infected sore on the goat’s leg, but he’d declared it would be the last time he took care of an animal.

Evan didn’t even know where to begin with the patients, and without someone to make appointments and oversee his waiting room, he had no idea who had arrived first.

Henley gave the room an observant study, walked over to the desk, removed her gloves and hat, and then turned to him. “How may I help?”