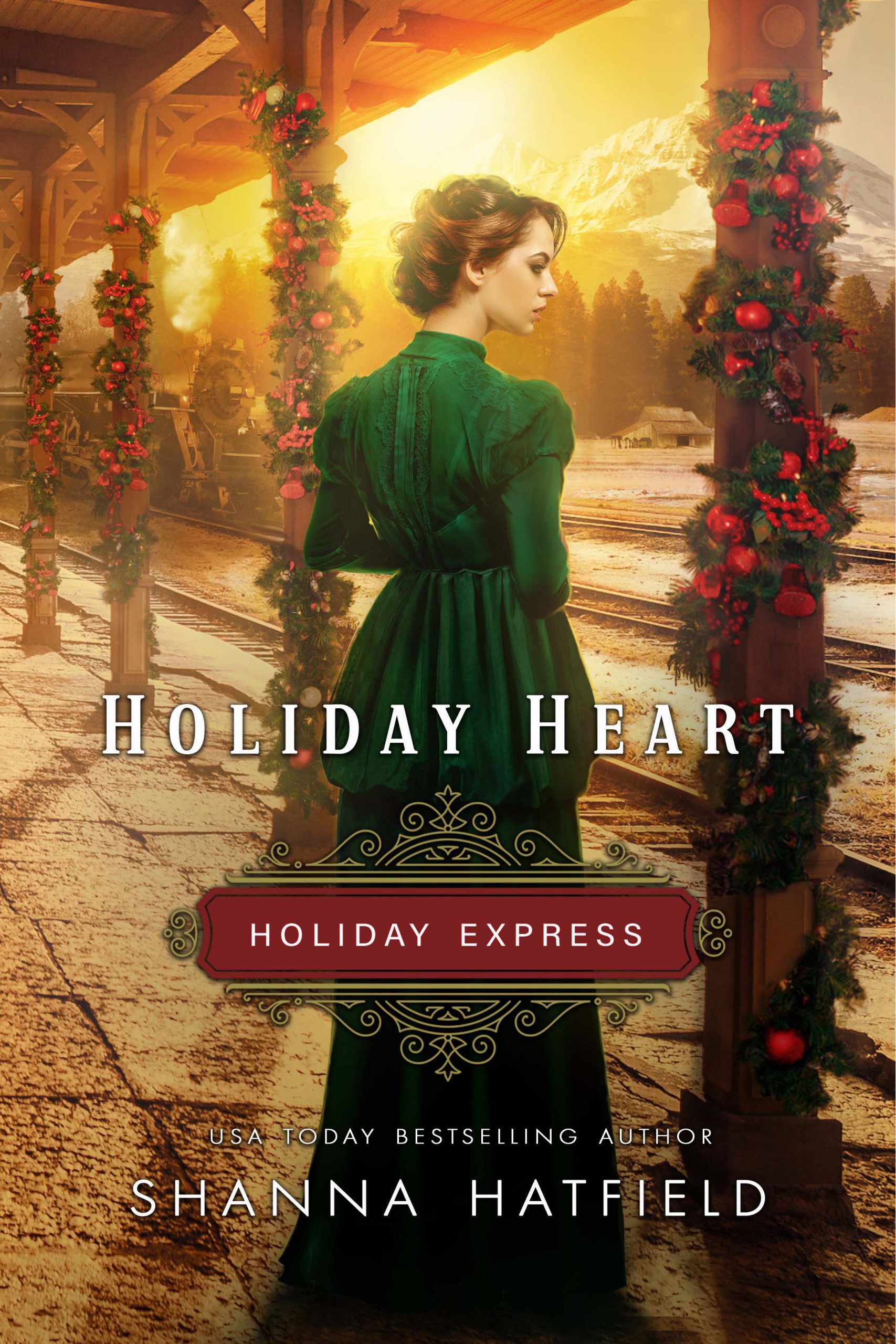 Hearts and humor collide in this sweet holiday romance

Zach Coleman spent his childhood dreaming about trains, and now he’s one of the repairmen at the Holiday engine house who keeps them chugging down the tracks. Life couldn’t get any sweeter, or so he convinces himself, until he’s on his way home from work and saves a woman from getting hit by a wagon. How was he to know that one, brief encounter would upend his world?

Lorna Lennox grew up with the best of everything in life. Her father, a railroad tycoon, has made sure of it. Now that he’s moved her into a new house in a remote Oregon location, Lorna wonders if she’ll fit into the small community. She’s barely arrived in the town of Holiday when an adventure leaves her at the mercy of a handsome stranger. One she finds impossible to forget.

Will the holidays present a chance for hearts to entwine? Find out in this sweet holiday romance rich with history, humor, and the joys of Christmas

Holiday Heart is the second book in the Holiday Express series, a collection of heartwarming, wholesome, holiday romances brimming with the spirit of the season.

“Miss!” he shouted, but the woman paid him no heed as she continued edging backward. Zach glanced behind her to the street. Doc Holt drove his Model T toward her at a rapid pace while a wagon full of lumber jostled directly for her from the opposite direction.

“Miss!” he yelled louder, sprinting toward her as she stepped into the street, seemingly oblivious to the world around her.

Zach lunged forward, grabbed her around the waist, and swung around with such force, it knocked them both to the ground, a mere foot away from the wheels of the hulking lumber wagon as it rolled past them.

“Nice catch, Zach!” Ernie Elroy yelled from the wagon seat as he continued on his way. “No wonder you’re so good at baseball.”

Air stirred against Zach’s cheek as the woman beneath him drew in a startled gasp. A soft fragrance enveloped him, a scent of delicate flowers mixed with something rich and sensual. The only word that came to mind to describe the perfume was scrumptious, and that was not a word he’d even known was in his vocabulary.

Time slowed until it nearly stood still as the woman shifted slightly. Zach became acutely aware of how well her curves, so soft and lush, fit against the angles and planes of his body as he held her wrapped in his arms. He could feel the runaway thumping of her heart as it kept time with the wildly beating tempo in his chest.

The young, lovely woman was unlike any he’d ever encountered. He hesitated to end this most unexpected encounter with her, doubting he’d have a second opportunity to be this close to such a fascinating female. Unable to stop himself, he allowed his head to dip closer to her, inhaling again her luscious scent.

“Hi,” he whispered, unsure why he felt the need to speak so quietly, other than to keep from breaking the spell she had seemingly cast over him.

“Hi,” she replied in a hushed tone. The barest hint of a smile kicked up the right corner of her mouth, making him battle the urge to kiss her tempting lips. “Thank you for rescuing me.”

“My pleasure,” he said, reluctantly pushing himself off her, rolling to the side, and rising to his feet. He extended both hands to her and, when she clasped them, pulled her upright. Propriety demanded he immediately turn loose of her fingers, but he couldn’t muster the will to let her go.