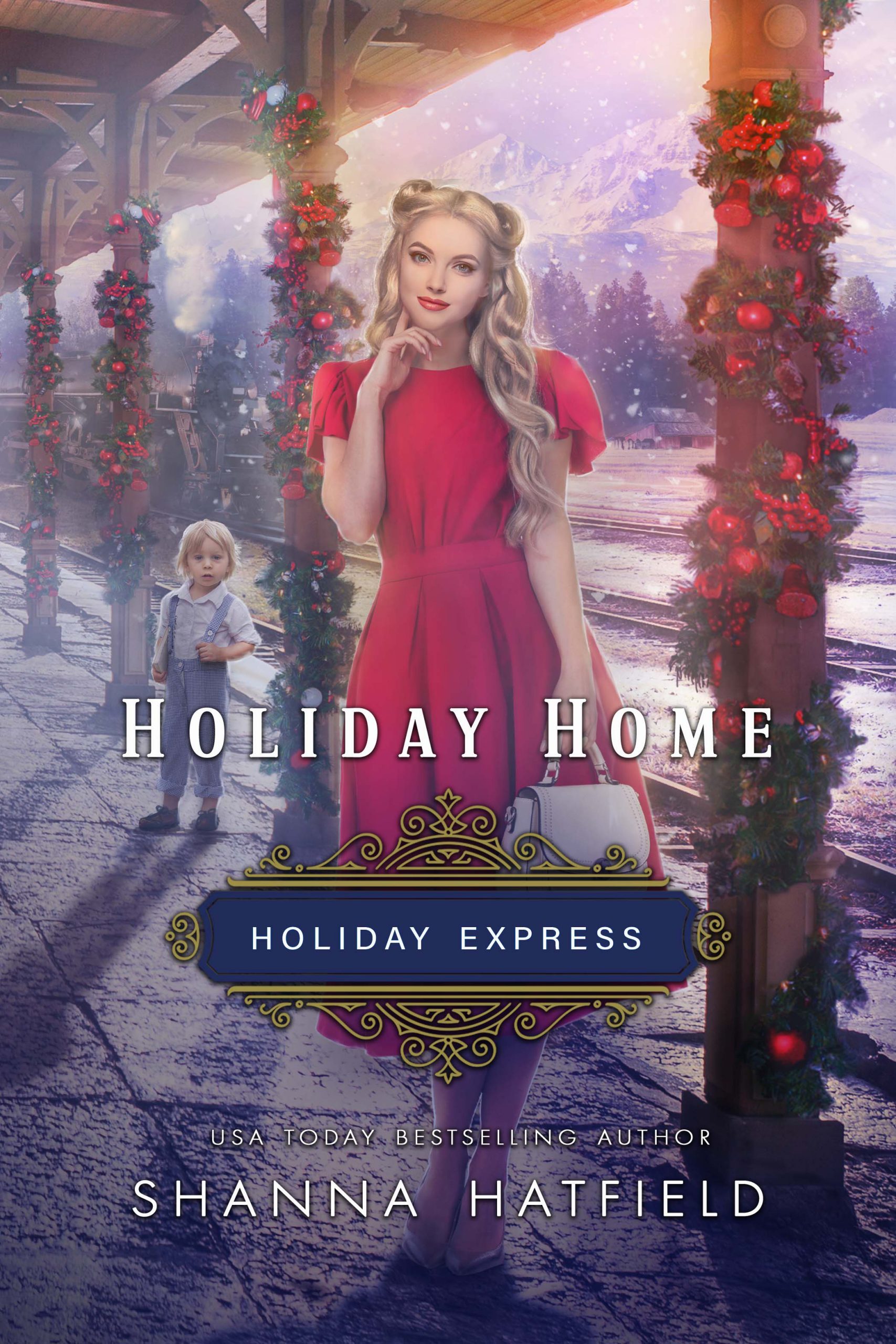 A winning combination of romance, humor, and history

Widow Britta Webster can hardly remember life before her village was overrun with German soldiers during World War II. All she wants is to live a peaceful existence and raise her child. But she will do anything to protect Joshua, even if it means begging a stranger to take her to America where her son will have a safe place to call home.

Honor, grace, and duty are the driving forces behind Bryce Coleman’s approach to life, even as he strives to survive in war-torn France. Severely wounded, he’s left by his comrade in the cellar of a woman who clearly wants nothing to do with him. When she pleads with him for her son’s future, Bryce feels bound by an obligation to the widow for saving his life.

Will a burdensome agreement turn to love when hearts come home to Holiday? Find out in this sweet historical romance packed with vintage charm, nostalgia, and the wonder of Christmas.

Holiday Home is the third book in the Holiday Express series, a collection of heartwarming, wholesome, holiday romances brimming with the spirit of the season.

Bryce could hear the woman and David speaking, but they sounded far away. His vision grew cloudy, and felt like he was being sucked underwater as the world around him began to darken and waver.

David grabbed his good arm and kept him from falling over. “Please, miss, my friend here is in bad shape. May we please have shelter for the night? I promise we’ll not cause any trouble.”

“How do I know you aren’t pretending to be injured?”

David frowned and pointed to the blood caked on Bryce’s leg. “Does this look fake to you?”

The woman sighed a second time and set the gun inside the door of her house. She motioned to them, flapping her hand forward. “Come on, but just so you know, I don’t have much to offer.”

“As long as you have clean water and a spot on the floor where we can rest, that’s all we ask,” Bryce said, aware his words sounded slurred.

“You better hurry before he faints,” she said, reaching out to help Bryce over the threshold and into her home. He drew in a breath, inhaling a faint fragrance that smelled soft and feminine. Something about it reminded him of his grandmother, Cora Lee.

Three steps inside the door, his leg gave out on him and pain swept over him with such force, he crumpled to the floor. The last thing he remembered was looking into a pair of bright blue eyes framed with a halo of golden curls.

Perhaps the woman in the farmhouse was really an angel in disguise.