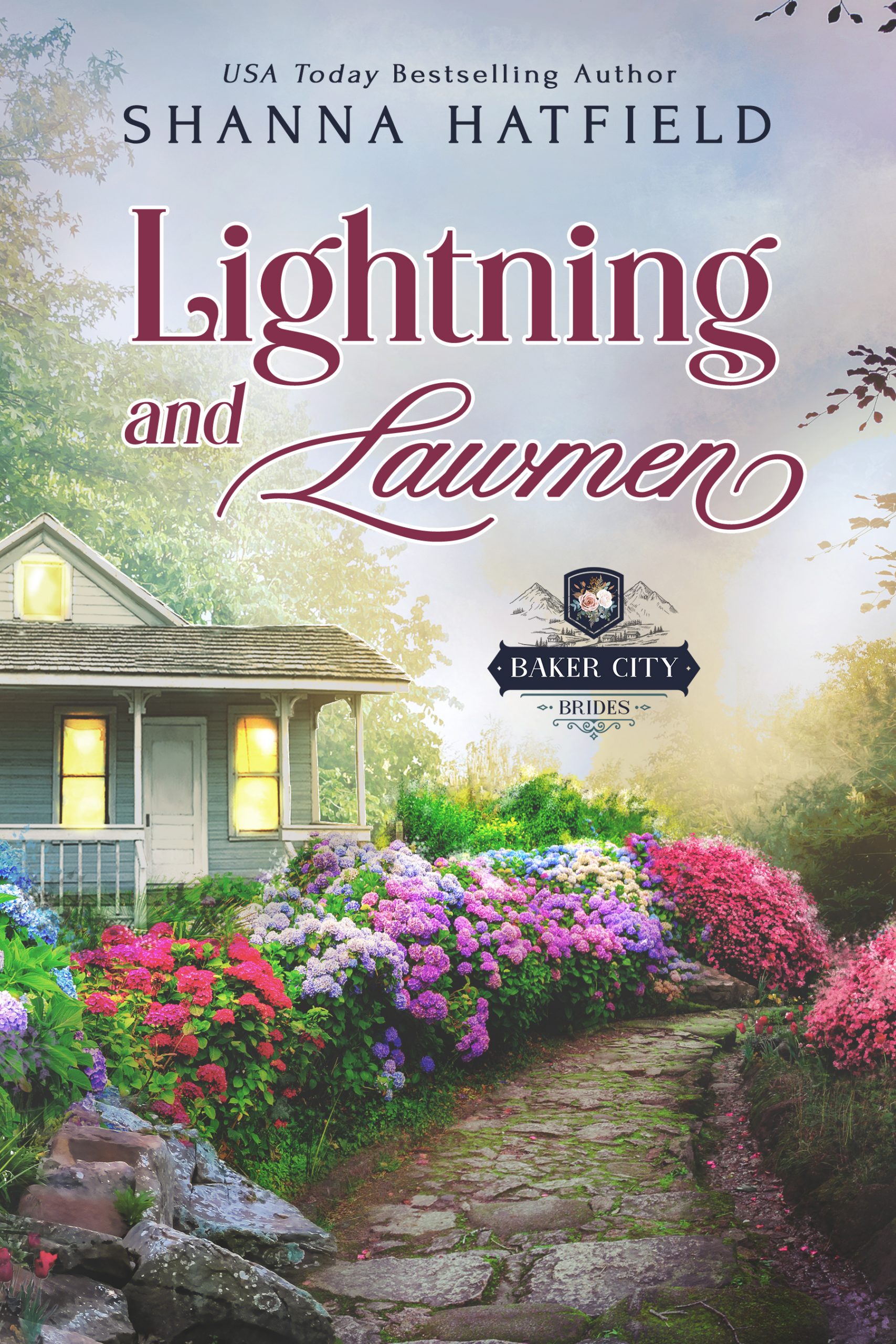 Love is about to leave one lawman thunderstruck in this sweet historical romance!

Cultured and full of grace, Delilah Robbins agrees to accompany her meteorologist father to his new post in Baker City, Oregon. Expecting a primitive place, she’s delighted to discover an up-and-coming town with plenty of surprises as well as a place she can turn into a sanctuary for her beloved birds. As she settles into life in the western town, she unwittingly creates a riff between two deputies when they both fall for her charms.

Deputy Dugan Durfey only meant to extend a friendly welcome to a newcomer. But the moment he set eyes on the meteorologist’s delightful daughter, Dugan’s heart was no longer his own. Since his best friend and fellow deputy suffered the same fate, Dugan struggles to do what’s right. He’ll fight jealousy, outlaws, and a wily raccoon to keep Delilah safe, but the greater battle lies in overcoming his fears to profess his love.

Filled with humor, adventure, and plenty of sweet romance, Lightning and Lawmen highlights the history of the era and blends it with the timeless feelings of discovering true love.

Praise for Lightning and Lawmen

“I cannot express how much I love this book. Shanna is one of my favorite authors. The story was entertaining and sweet. The fact that she added in all the birds and Delilah’s love for and knowledge of birds was fantastic to me. And then you add Oliver the raccoon and the ladies trying to train him and it was just a wonderful read.”

Just as he strolled around the corner by the sagging front fence, he heard a woman’s scream rip through the peaceful afternoon.

Dugan drew his pistol and ran the last few yards to the house. He crossed the front walk in seconds, bounded up the steps, and rushed inside. No one was in the hallway or the front parlor. He glanced into the dining room then continued down the hall to the kitchen. It was empty so he backtracked to the hall and continued to where two bedroom doors opened across from a bathroom.

The sight of pink stocking-clad calves, shapely ones at that, sticking out from beneath a froth of petticoats greeted him as he glanced into the first bedroom. An overturned chair and a surprisingly sensible black boot that looked impossibly small for a woman to wear were the only things on the floor in the room.

As he holstered his pistol, he lifted his gaze and stared at the woman clinging half in the attic space. Her stomach rested against the edge of the opening to the attic while her legs dangled in the air. Decorative ceiling tiles that were at least two feet square covered the ceiling. He could see how it would have been easy to disguise an entrance into the attic that way. It appeared the woman had shoved the tile aside and climbed up to investigate what was in the attic.

“Miss Robbins?” Dugan asked, tamping down his amusement and the urge to run his hands up those exposed stockings. “It’s Deputy Durfey. Just hanging around today, are you?” he teased.