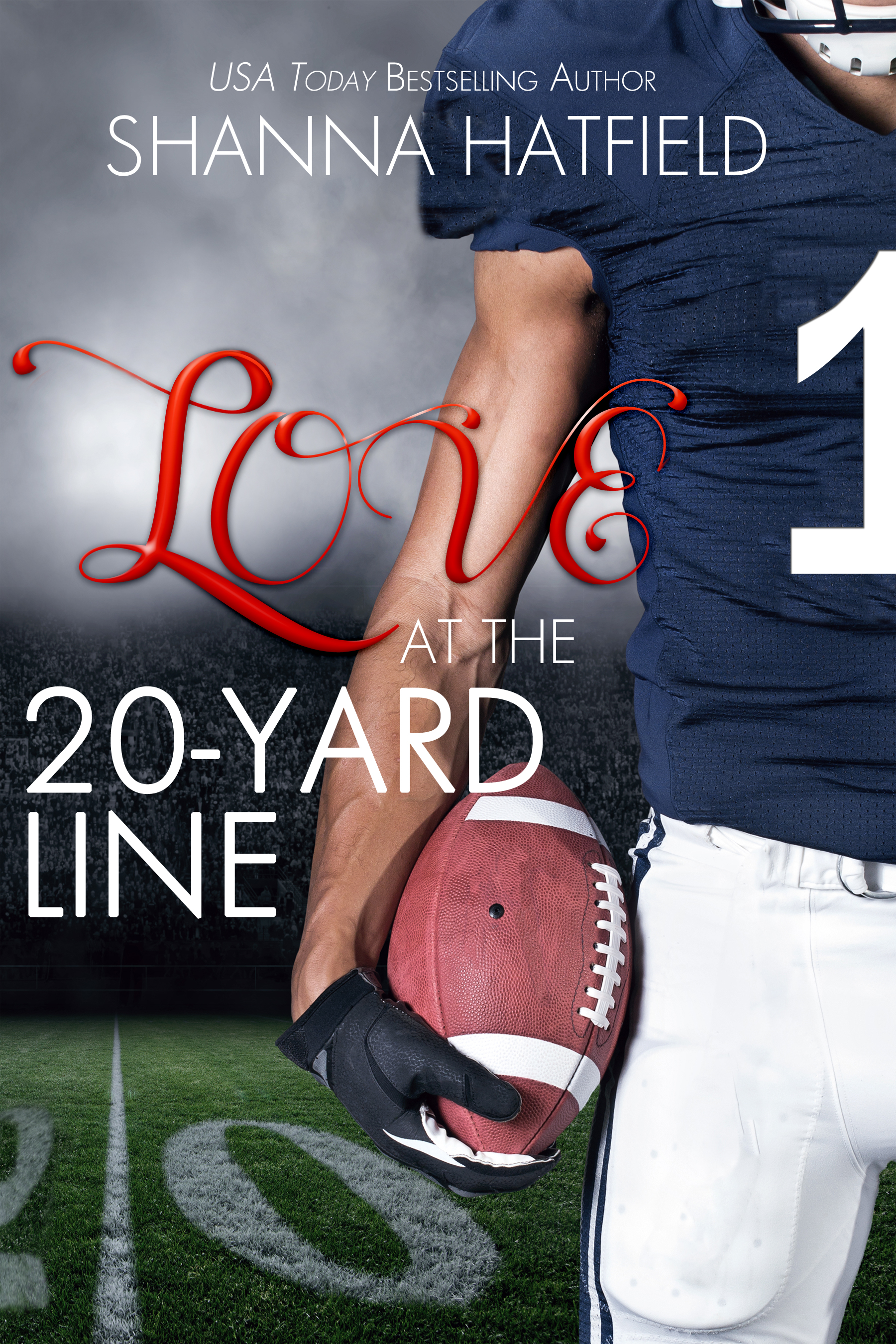 Love At The 20-Yard Line

Haven Haggarty is woefully inept when it comes to men and matters of the heart. Successful in her job as an image consultant with an up-and-coming company, she wishes she could enjoy as much triumph in her dating efforts. When she falls hard for a handsome wide receiver, Haven realizes she needs to tackle her fears or miss the opportunity to experience once-in-a-lifetime love.

Brody Jackson lives and breathes football. As a wide receiver for a popular arena team, he’s determined to make it back to the NFL. Cocky and confident, he doesn’t have the time or energy to be bothered with a serious relationship until he’s blindsided by a sweet, naive girl who breaks through his defenses. He has to decide if he’ll let go of his dreams or fumble his chance to win Haven’s heart.

Praise for Love At The 20-Yard Line

“Shanna captured perfectly how intense a romance can get while keeping the story interesting and fun. The relationship of Haven with her brothers was especially fun to read.”

“Her characters are a little edgier, and the passion is closer to the surface. Loved Brody and Haven.”

“I couldn’t put this book down!  The characters were interesting and the story kept me hooked from the beginning.”

“Now, how about these sweaters you wear? The only time I’ve seen you dressed in something else was the day we went to lunch. You had on a business suit that day.”

“I like sweaters. They’re soft and warm and pretty.” Haven had no idea why Brody wanted to discuss her wardrobe selections. It certainly wasn’t what she wanted to do.

Pressing her lips to his and seeing if they tingled like they did the first time he kissed her seemed like a much better idea.

“Pretty,” Brody repeated, fascinated by the way her lips moved. Most of the girls he’d dated in the past wouldn’t have been caught dead dressed in the modest attire Haven favored. On her, though, the soft, feminine clothes were definitely appealing.

He turned his gaze to her hair. His next objective was to remove the hair band binding the golden mane at the back of her head. He’d dreamed of what her hair would look like down, how it would feel with his hands buried in the curls, and he wasn’t leaving until he found out.

“What about your hair? How come you’ve always got it pulled back?”

She reached a hand up to her hair, uncertain how she’d styled it before leaving for the game. When she felt the hair band holding it in a ponytail, she tugged it out and stared at it lying on her palm.

“Old habit from growing up on a farm. Hair tends to get in the way when you’re outside working. At work, I like to keep a professional image with it up, and I pull it into a ponytail at home most times without thinking.”

Brody took the band from her hand and dropped it on the table next to her glasses. Slowly, he threaded his fingers into her hair. It felt even better than he’d imagined and he drew closer, taking a deep breath, inhaling the sweet scent of it. When she leaned into his hand, he swallowed back a groan.

On the verge of devouring her with his growing longing, Brody gave himself a mental lecture to calm down and take things slow. He didn’t want to scare Haven half to death the first time he really kissed her.

“Any more questions?” Haven smiled at Brody as he worked his hands through to the ends of her hair then wrapped a curl around one long finger.

The appearance of her dimples was his undoing. Gently spanning her waist with his hands, he slid her closer then pressed his lips to each indentation in her cheeks before turning his passionate gaze to hers.

“No more questions. I think we should seal this deal with a kiss.” He watched Haven’s eyes drift shut.

Brody knew kissing her would be amazing. What he hadn’t anticipated was the explosion of fiery heat in every nerve ending in his body. Her lips moving beneath his set him aflame with no hope of extinguishing the blaze.

In the next few seconds, Brody realized two important details. The first was that Haven touched places in his heart and soul he never even knew existed. The second was that he’d never, in his lifetime, get enough of her kisses.

“Haven,” he whispered. His gravelly tone made a shiver rack through her with such force he could feel it. He deepened the kiss and folded her closer in his embrace, discovering a perfect moment of pure happiness.

Out of breath and out of her mind, Haven knew she should jump off Brody’s lap and show him to the door. She knew any more of his kisses would render her helpless and hopeless.

Despite what she knew, she couldn’t force her languid limbs to move any more than she could force herself to focus on anything except how right it felt to be held in Brody’s strong arms.