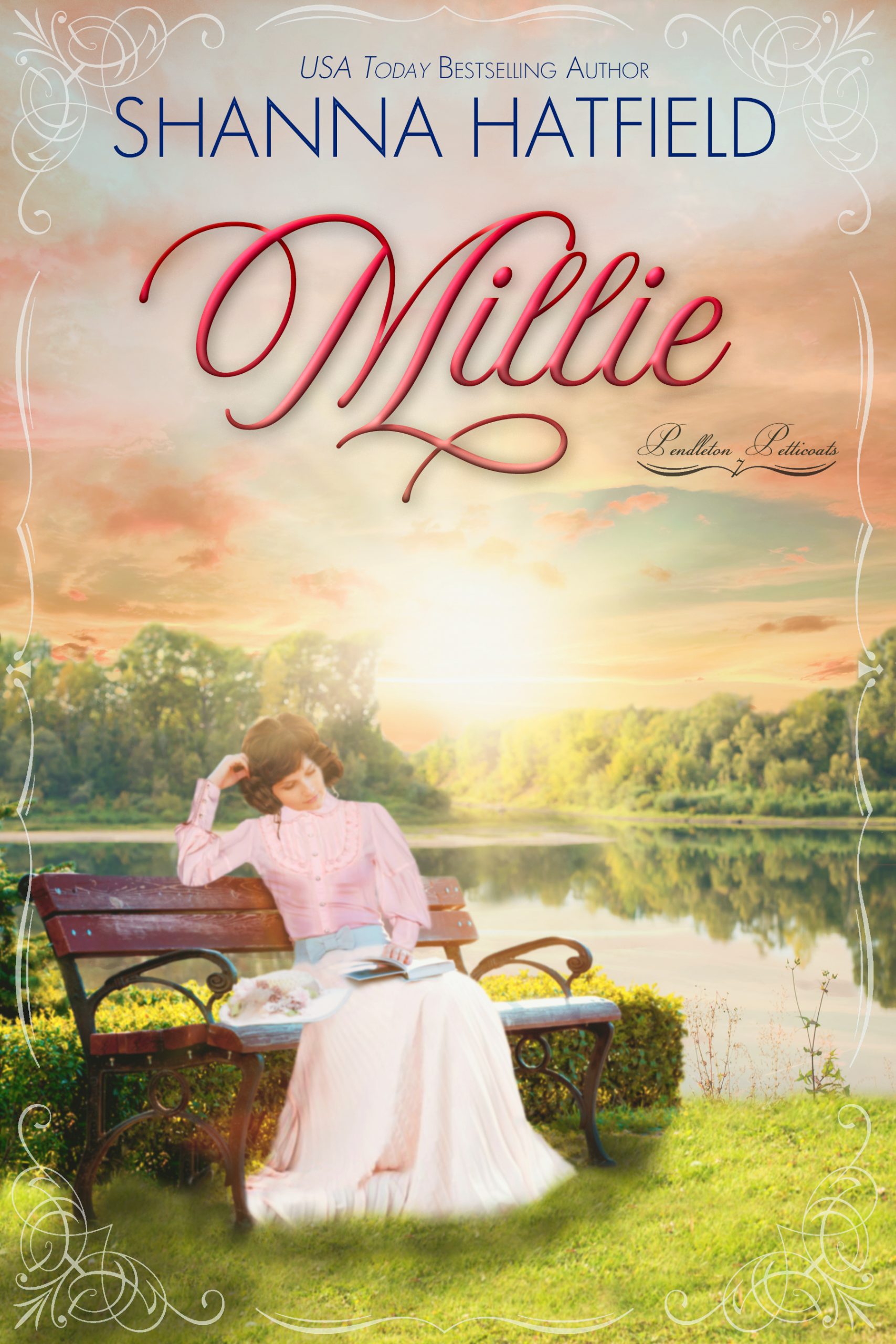 He’ll do anything to keep his saloon open…

A childhood traumatized by the effects of alcohol in her home left Millie Matlock convinced she doesn’t need a man in her life. No longer able to stand by and watch drunken men terrorize the women in town, Millie forms a local committee of the Women’s Christian Temperance Union. Little did she know the one man who could turn her head owns one of the most successful saloons in Pendleton.

Desperate to keep the WCTU from closing his saloon and the others in town, Gideon McBride agrees to a crazy plan hatched by the saloon owners. His objective is to woo the leader of the local temperance union, keeping her so distracted the committee disbands. However, he didn’t count on the beautiful, effervescent Millie working her way into his cynical heart.

“Wow! Shanna Hatfield has outdone herself in Millie. My emotions really ran from one extreme to the other with this awesome and most wonderful story. I smiled, I outright laughed, I sighed, I almost bit my nails, I cried and then I thought YES it finally happened.”

“Another great story in the series, this one highlights a serious problem that exists unfortunately in our society. Can’t wait to read more from this series the author brings the scenes to life and the characters are fun you feel like you are part of the community.”

He watched as Millie sipped her hot chocolate. As soon as she lowered the cup from her mouth, he took it from her, placing his lips in the exact spot hers had been. While he tasted the rapidly cooling drink, he stared at her over the rim of the cup. His green eyes locked on hers as he handed the cup back to her. “That’s not bad, but I like a pinch of cinnamon and a dollop of whipped cream in mine.”

In a huff, she scowled at him. “I don’t recall offering to share my chocolate with you.”

“Oh, what’s one little sip between friends, Miss Matlock?” Gideon laid on his charm, smiling in such a way it did great justice to the dimples in his cheeks. Ever so slightly, he bent closer to her and lowered his voice. “Any time you like, I’d be more than happy to make you libations far more tempting than you could imagine.”

The timbre in his voice as he said “libations” nearly made Millie drop the cup in her hand. Not completely certain they were talking about beverages, her heart skittered in her chest.

Unsettled, her gaze shot to his, yet he continued to smile in an amiable, almost boyish manner, appearing innocent of any indecent implications.