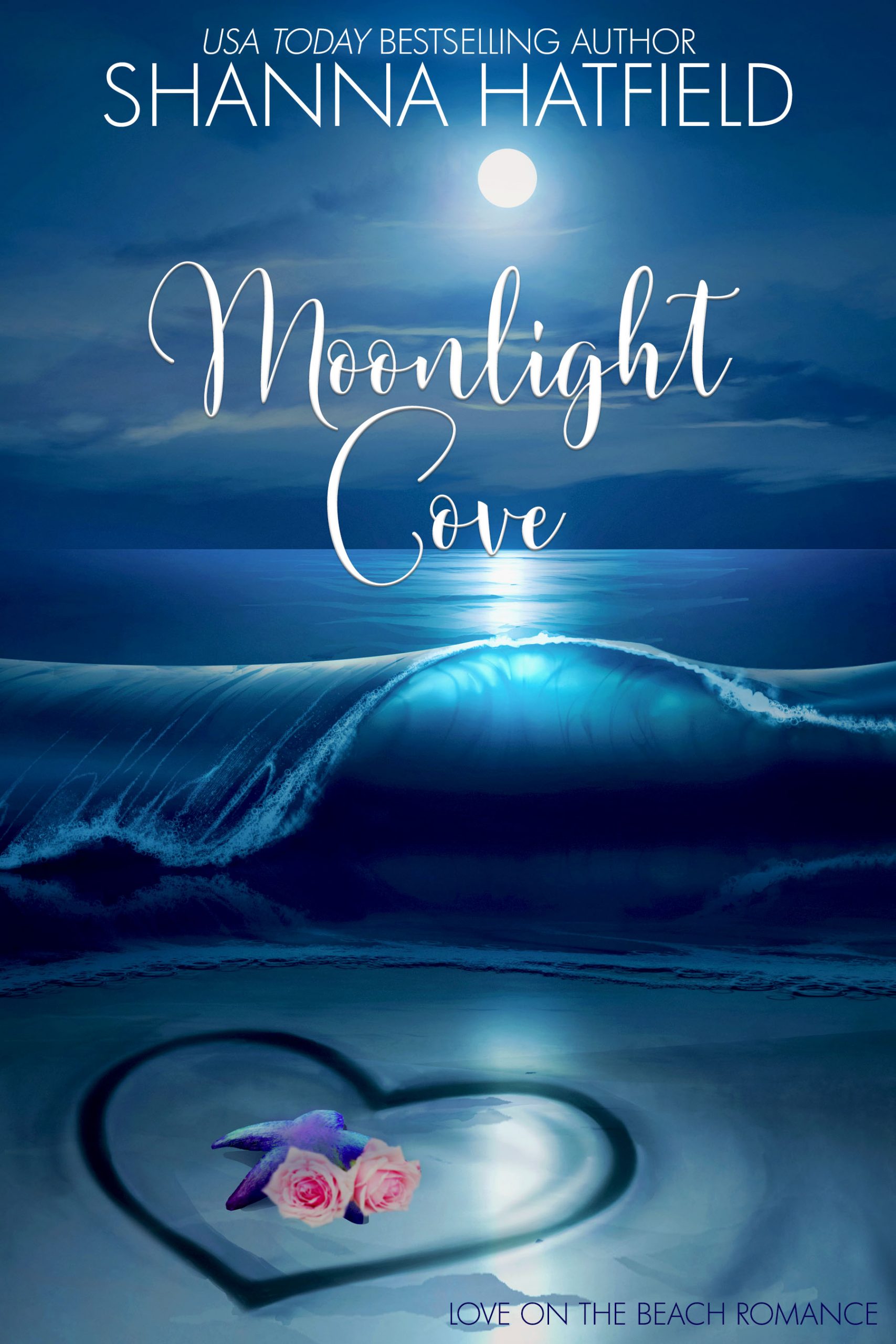 Three lives intersect in the most unexpected way

Jamie didn’t knowingly step into the middle of a murder and become the prime suspect. When a man washes up on the beach and asks for help, Jamie can’t refuse. On the run and terrified, Jamie takes refuge in the woods behind a storybook cottage in a cove where moonlight dances on the water and through the trees at night.

Brenley Baker had no intention of spending her summer in Seaside, Oregon. But Mimi, her persuasive grandmother, coerces (also known as guilts) her into coming. Brenley has visions of sunburns, stinky fish, and her grandmother’s senile friends filling her days. What she discovers upon her arrival is a handsome policeman chasing after a killer through Moonlight Cove, the property that has been in her family for more than a hundred years.

Time and experience have left Seaside Police Captain Jake Adams more than a little jaded. Naiveté has no place in his life, until a chance circumstances brings a beguiling, shy woman into his world. She’s nothing like the females he’s dated, yet something about her leaves him so intrigued, he can hardly focus on the murder investigation that should be his top priority.

Will an alliance between Jake and Brenley as they fight sparks of attraction, race to catch a killer, and seek what is best for Jamie tie their hearts together?

Terrified a stalker or serial killer was about to barge into the house, Brenley rushed to close and lock the door she’d left open. She reached it as a hulking figure filled the doorway.

Brenley moved into a defensive position, even though she still clutched her phone. “I don’t know who you are or what you want, but I’m warning you to stay back, bucko. I’ve taken a self-defense class, and I’m not afraid to kick you where it hurts.”

The man lifted his hands in front of him, palms out. Brenley wasn’t certain if it was meant to be a pose of innocence or if he was just trying to keep her cell phone light from blinding him as she shined it in his face. It was hard to tell what he looked like with him squeezing his eyes shut against the light and with a growth of scruff covering most of his face.

“Who are you? What do you want? Why are you here? Are you aware you’re trespassing?” she asked, edging away from him. Surely there was a weapon she could find. Like a candlestick or even a poker from the fireplace. But nothing was where she thought it would be as the backs of her knees bumped into the couch, leaving her trapped with nowhere to go unless she wanted to attempt to vault over the furniture in the dark.

“Is your power out?” he asked, ignoring her questions, and running his hand up and down the wall behind him.

She heard a click, and suddenly light bathed the room. Brenley cast a quick glance around, amazed to see new furniture mixed in with family heirlooms. Her attention darted back to the man standing just inside the door. Rain pounded outside, the sound blending with the crashing waves of the ocean and the hum of vehicles traveling on the road at the top of the hill.

Her gaze started at the man’s feet, noticing he wore sneakers. Tanned legs in a pair of dark-blue board shorts. Solid chest covered by a pale-blue tank top and muscular arms that looked like they could crush a helpless female in a single squeeze.

Then she made the mistake of looking into his face. What a face!