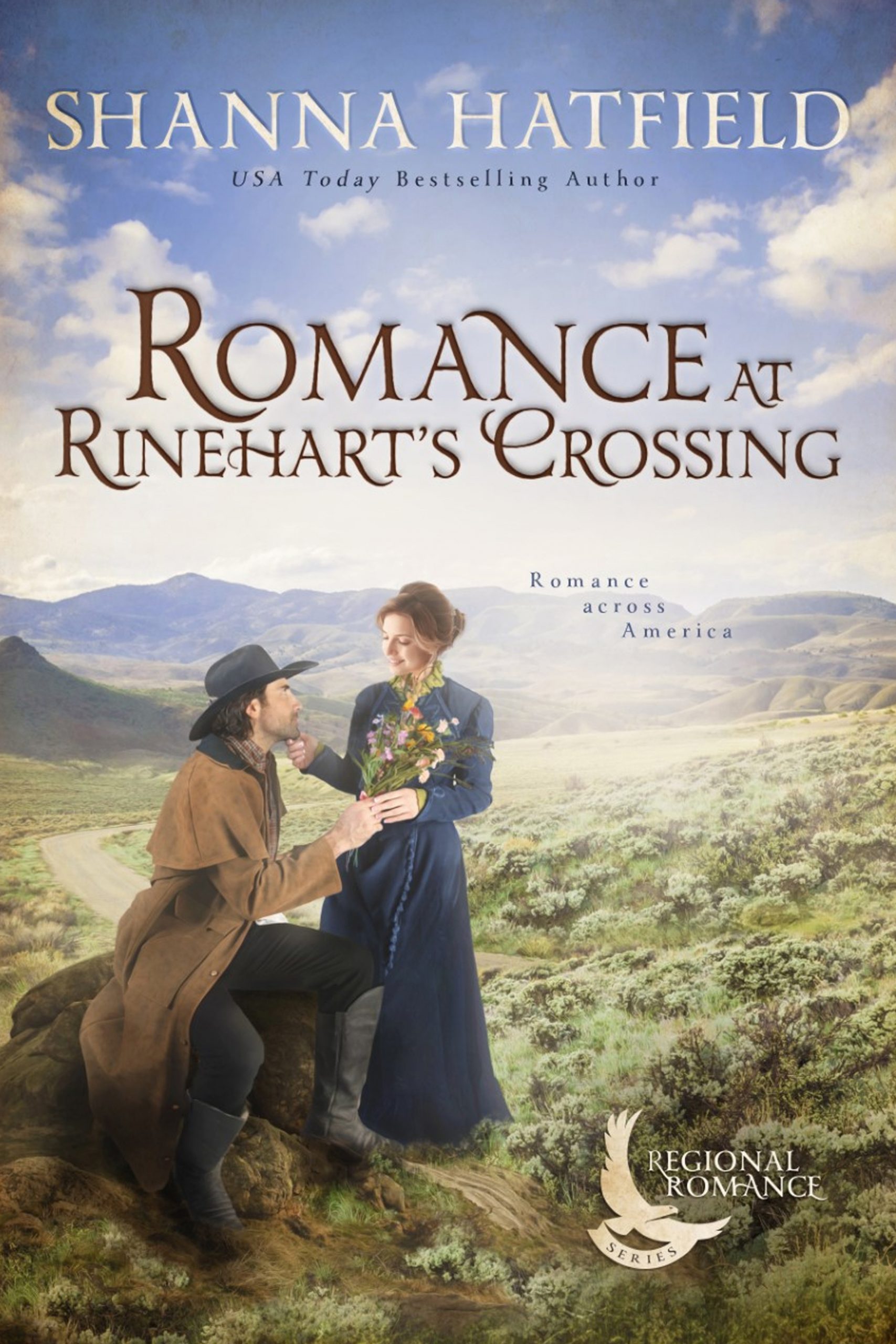 Life on the Oregon Trail will never be the same . . .

Tenner King is determined to make his own way in the world far from the overbearing presence of his father and the ranch where he was raised in Rinehart’s Crossing, Oregon. Reluctantly, he returns home after his father’s death to find the ranch on its way to ruin and his siblings antsy to leave. Prepared to do whatever is necessary to save the ranch, Tenner isn’t about to let a little thing like love get in his way.

Austen – After spending her entire life ruled by her father, Austen Rose King certainly isn’t going to allow her bossy older brother to take on the job. Desperate to leave the hard work and solitude of the Diamond K Ranch, she decides a husband would be the fastest means of escape. If only she could find a man she could tolerate for more than five minutes.

Claire – Two thousand miles of travel. Two thousand miles of listening to her parents bicker about the best place in Oregon to settle. Two thousand miles of dusty trails, bumpy wagons, and things that slither and creep into her bedding at night. Claire Clemons would happily set down roots that very minute if someone would let her. What she needs is her own Prince Charming to give her a place to call home. When a broken wagon wheel strands her family miles from civilization, she wonders if handsome Worth King, the freighter who rescues them, might just be the answer to her prayers.

Kendall – Anxious to escape her mother’s meddling interference, Kendall Arrington leaves her society life behind, intent on experiencing a Wild West adventure. Hired as the school teacher in a growing town on the Oregon Trail, Kendall hopes to bring a degree of civility and a joy of learning to the children of Rinehart’s Crossing. However, the last thing she expects to find is a cowboy with shaggy hair, dusty boots, and incredible blue eyes among her eager students.

Will love find the three King siblings as Romance arrives in Rinehart’s Crossing?

Read all the books in the Regional Romance Series featuring historic locations, exciting drama, and sweet (yet swoony) romance!

Praise for Romance at Rinehart’s Crossing

Tenner looked at Austen, then at Worth. “There’s going to be some changes around here. Starting tomorrow, you two are going to help get this place whipped back into shape. I don’t want to hear any whining or excuses. If we hope to make it through the winter, it will take all of us working together. Is that understood?”

Worth glowered at him, but finally nodded in agreement.

Absorbed in the newspaper, Austen acted as though she hadn’t heard a word he said.

“Austen Rose! Are you listening?” he asked, perplexed by his sister’s odd behavior.

“Yes, yes, whatever you say, Tenner.” She sighed dreamily. “I wish I could meet B.K. Kendrick. He writes the most wonderful poems.”

Worth snorted. “If you like drivel written by a sissified dandy with cotton for brains.” He snatched the paper from Austen and stood, acting as though he intended to stuff it into the stove.

Austen jumped up and grabbed it from Worth, then meticulously smoothed the creases from the paper. “It isn’t drivel. It’s moving. His poetry inspires romance and love and…”

“Stupid, silly girls to grow addlepated at his ridiculous rhymes about birds and breezes.”

Austen looked like she might reach across the table and slap Worth, so intense was her fury. “He writes beautifully, and something about his poems make me think of Mama, of the poems she used to read to us.”

Taken aback, Tenner stared at his sister. “You remember that?”

Austen nodded. “I loved to listen to her. We all did. We’d sit on the floor by the fire and eat popcorn and listen to her read on cold winter nights. In the summer, after the work was done, we’d gather on the porch where there was a breeze and sip lemonade while she read. I miss those times. I miss her.”

“I do too, Austen.” Tenner reached out and placed a hand over his sister’s small fingers. “Would you like to hear one the poems you and Worth used to beg her to recite?”

At the excited nod from his sister, Tenner began:

Half a league onward …