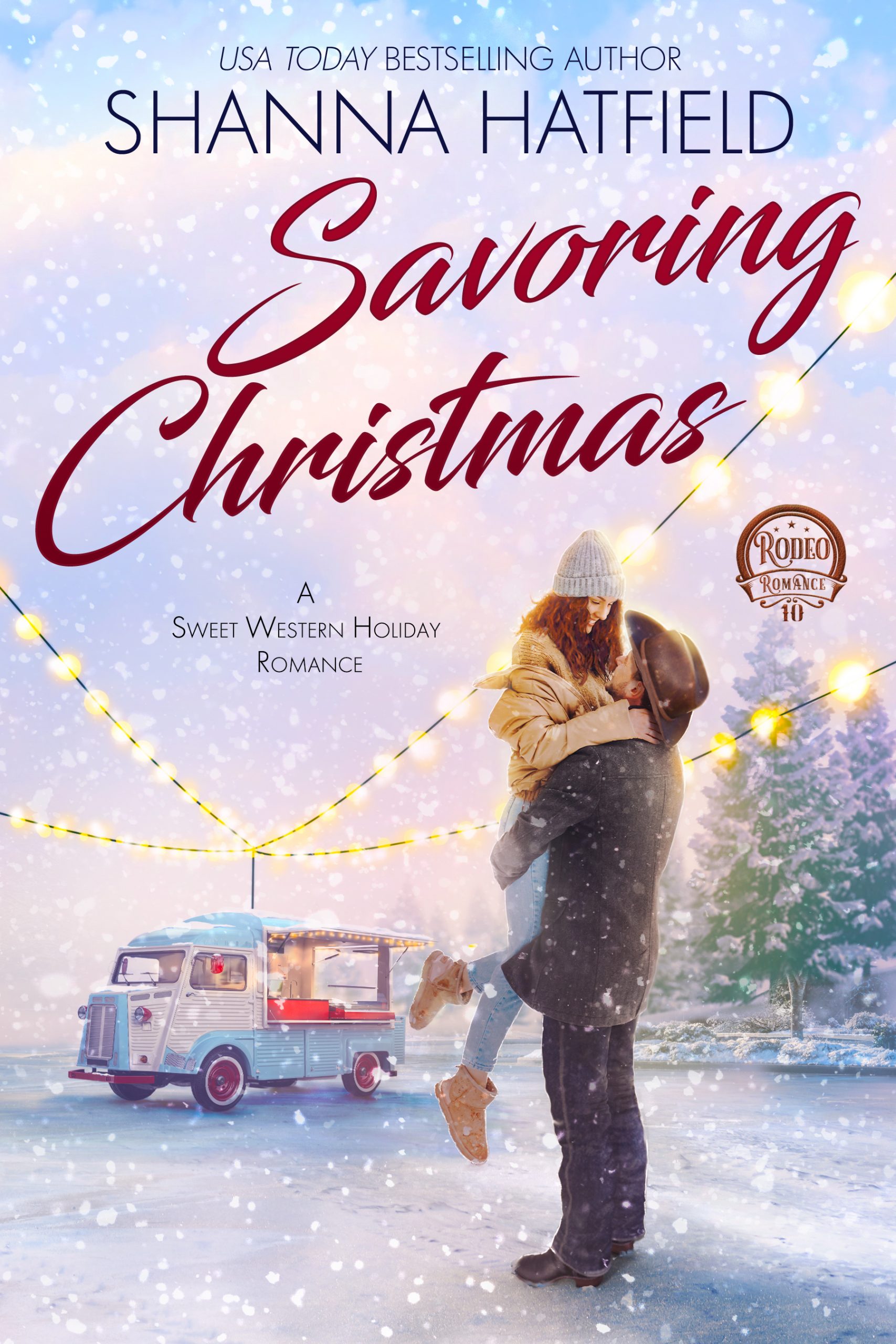 He’s a former rodeo star who gave it all up to run the family ranch.She’s an aspiring chef with a food truck, a dream, and no interest in another man coming along to ruin her plans.

Troy Lucas gave up his winning rodeo career to run the family ranch after the death of his grandfather. Now, being a rancher, a farrier, and even doing some team roping just for fun can’t seem to keep him satisfied. He didn’t think he’d miss his glory days in the rodeo when he came back home – in fact, there’s no where else he’d rather be. Still, he can’t deny the hole inside that keeps reminding him he’s hungry for something…more.

Chef Lark Gibson has only one thing on her mind: opening a restaurant in Portland. Until that day comes, Lark will take her food truck to as many events as possible and make sure her customers are always begging for more. The last thing she expected was to find herself distracted by a knight in dusty Wranglers, until a handsome cowboy comes to her rescue and catches her off-guard.

Can this hungry cowboy and ambitious chef realize that what they think they want isn’t what they really need?

“Are you hurt?” he asked, hunkering down beside her, not wanting her to feel rushed to move. He’d had the air knocked out of him often enough to know it was an uncomfortable, unsettling feeling.

When she didn’t answer, only inhaled a third breath, he started to worry. “Should I find a medic?”

She shook her head, sending that mane of finger-tempting hair into a lively dance. Troy kept his hands pressed to his thighs when he experienced a sudden, inexplicable need to brush the hair away from her face. With the verdant grass providing a sharp contrast to her red hair, it was all Troy could do not to snap a picture of her to make him smile on a lonely gray day. The woman could be her own Christmas decoration with her alabaster skin, red hair, and the green background.

Despite comparing her to holiday décor, she really was a beauty, even with her hair in a tangle and no makeup on her face, at least that he could see.

“Just take your time. No need to get in a hurry to move. If you need assistance, I’ll go find someone.” Troy wasn’t certain if her pale skin was natural because of her red hair, or if she was injured and trying to make light of it.

She pushed herself up into a sitting position. “That won’t be necessary, even if that was an exciting way to start the day,” she said in a mellow voice that flowed over him like rich honey warmed by the sun.

“Are you sure you aren’t hurt?” he asked, rising to his feet, then offering her his hands.

“Just my pride.” She latched onto his hands and Troy almost jumped back, feeling something charged, like a current of electricity, shoot up both of his arms. It was like grabbing onto an electrified wire. Instead of letting go, though, he tightened his fingers around hers and hauled her upright.

The woman appeared of average height for a female, not too tall or too short. She had a nice figure he tried not to ogle as he observed her bright blue T-shirt and a pair of dark gray cotton shorts with pockets on the legs. His gaze slid down the length of her to her blue sneakers, then started back up when he noticed blood trickling down her leg and over her knee.

“You’re hurt,” he said, reaching for the cuff of her shorts that fell just above her knee, hiding her injury from his view. He stopped before his fingers connected with the cloth and dropped his hand to his side. Touching a stranger that way seemed rather inappropriate. He certainly didn’t want her to wrongly assume he was a pervert who preyed on women who’d been bowled over by belligerent bovine running amok.