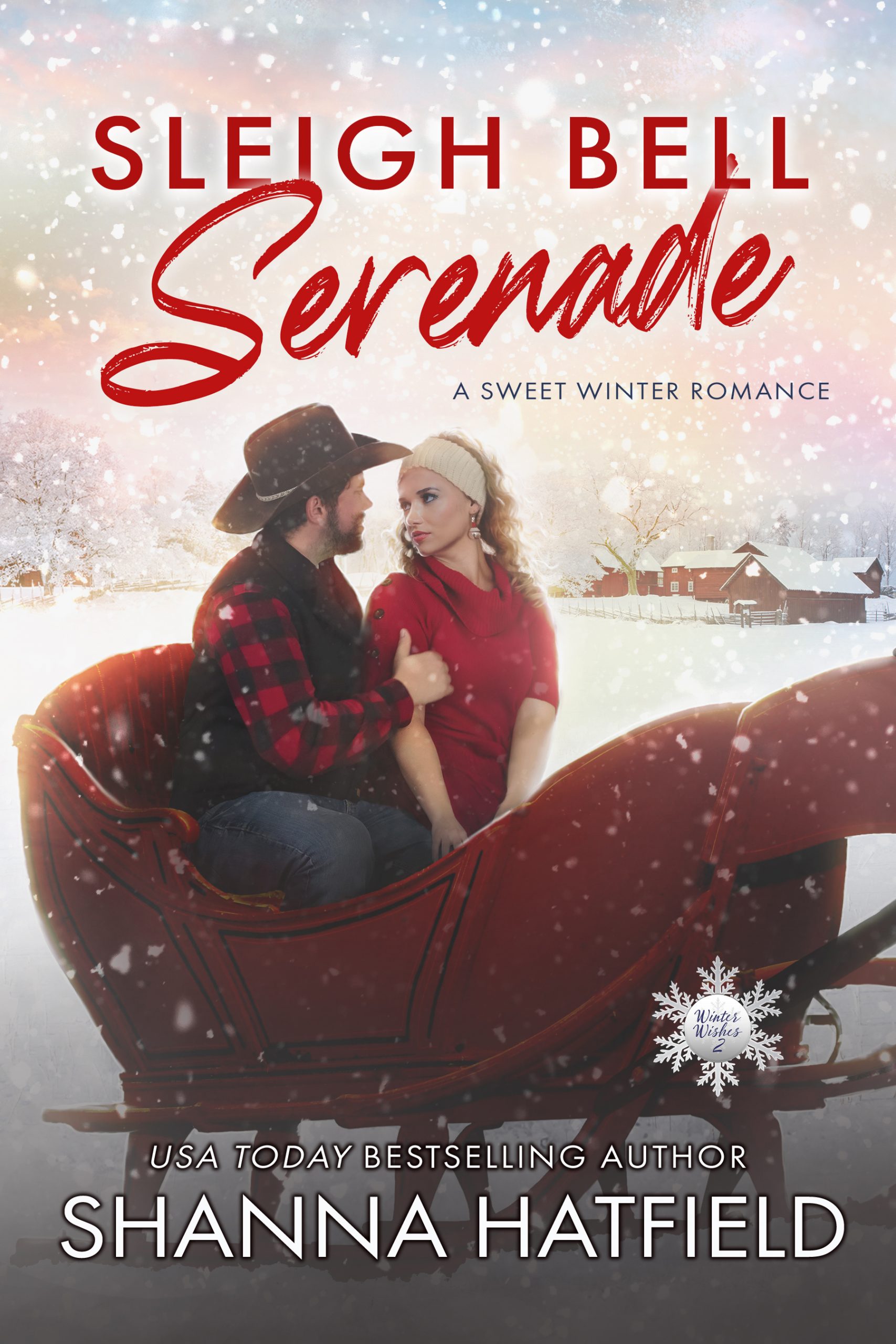 He keeps his heart heavily guarded.

She meets everyone with a friendly smile.

Will the attraction sizzling between them pull them into the space between their two worlds?

Burdened by too many responsibilities, Bowen Jensen struggles beneath their overwhelming weight. Between raising his teenage sister, running their family ranch, and managing Sleigh Bell Tours, he barely has time to sleep let alone do something just for himself. He can’t even recall his last date. Then a chance encounter with a beguiling woman leaves him pondering if there isn’t more to life than trudging through one lonely day after another.

Juniper Haynes appears to have it all with a successful real estate career and a picture-perfect life. In reality, she’s tired of dealing with demanding clients, wary of her so-called friends, and secretly longs for the peace she finds at her sister’s mountain home. After a magical New Year’s Eve kiss with a cowboy she barely knows, she realizes true happiness might only be found outside her comfort zone.

Can Bo and Juniper find the courage to embrace change and explore the possibility of a future together?

“What a mess,” the woman said, brushing at her coat with the napkin Sassy handed to her. “I’m not usually such a klutz.” She gave up dabbing at the cider soaking into the white cashmere and looked to Bo again. “Thank you for catching me before I fell. I’m Juniper, by the way. Juniper Haynes.”

“Juniper,” Bo mumbled, finally managing to gain a miniscule amount of control over his tongue. However, his heart pounded so fast and loud, it echoed like a bongo drum in his head.

“That’s an awesome name,” Sassy said, with the enthusiasm summoned by a teenager impressed by someone older and more worldly. “I’m Sassy, and this is Bo Jensen.”

Juniper’s smile widened as she looked up at him. Even with her high-heeled boots, she barely came up to his chest. Then again, at six-four, he tended to tower over a lot of people.

“Sassy and Bo. It’s so nice to meet you. Thank you, again, for catching me. Happy Christmas Eve.” Juniper turned away and took a lopsided step, but her foot slid on a patch of hidden ice. She would have fallen if Bo hadn’t caught her a second time, his arms looping beneath hers from the back. She tilted her face upward and offered him a look of gratitude.

Something that felt like an electrical current trailed up his arms, threatening to short circuit what few working brain cells he had left.

To speak—to say anything—but nothing seemed to be able to work its way from his overloaded brain to his mouth. The sharp elbow Sassy jabbed into his side didn’t help any more than her questioning glare to rattle something loose.

Bo stared at the woman, fascinated.

What an intriguing name for an entirely captivating woman.