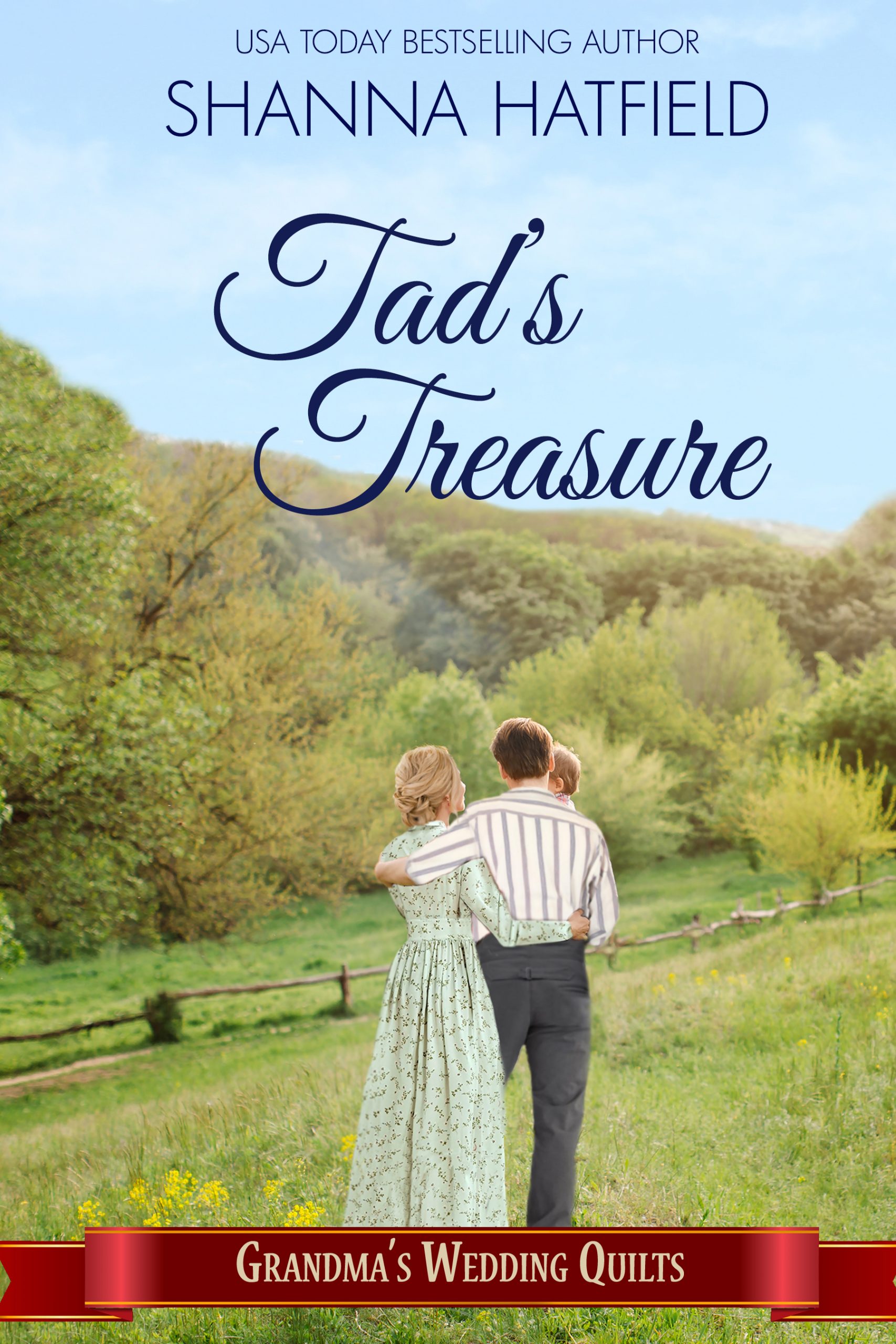 He never intended to fall in love with her

Tad Palmer makes a promise to his dying friend to watch over the man’s wife and child. Years later, he continues to keep an eye on Posey Jacobs and her precocious little boy. The only problem is that he’s not sure his heart can withstand the vow he made when he falls in love with the widow and her son.

Posey Jacobs misses her beloved husband, but her wrenching grief has given way to hope for the future as she finds herself falling deeper and deeper in love with Tad Palmer. However, the infuriating man doesn’t seem to notice her interest and treats her as he would his sister.

Throw in a goat who thinks she’s a dog, a town full of quirky characters, and this widow has her work cut out for her if she wants one handsome cowboy to give her his heart.Tad’s Treasure is a sweet, historic, western romance novella and is the prequel to the bestselling, award-winning Baker City Brides series of full-length sweet romance novels.

“This is a wonderful clean romance that lightens your heart leaving you smiling as the story takes a few twists and turns. You are so going to love this series each book is just as good if not better than the last.”

“Tad’s Treasure is a treasure worth reading. Shanna has written another beautiful book full of loyalty, love, and laughter!”

While they waited for the oil to soak into the leather, he let Nate play on the display saddles in the front of his shop.

“Is this one new, Uncle Tad?” Nate asked. He climbed on a saddle with a high cantle stained the color of black walnuts.

Tad smiled and ruffled the boy’s golden-brown hair. Sunlight had lightened streaks through the unruly strands. “It is a new saddle, Nate. What do you think of it?”

The boy rocked from side to side, adjusted his seat, and then scooted forward and back. He ran a small hand over the stamped leather along the skirt then grabbed a hold of the horn and gave it a few tugs. “It’ll do.”

Tad bit back a grin and tweaked the boy’s nose. “I could say the same about you.”

The little boy offered him a cheeky smile then bounced on the saddle. “You make the bestest saddles in the whole world!”

Tad chuckled. “I don’t know about the whole world, but I do try to make good saddles, son. It’s important to the cowboys who buy them to be able to trust the comfort and quality of my work.”

“That’s why everyone wants your saddles, Uncle Tad.” The boy jumped down and ran over to a child-sized saddle at the end of the row. He often played on the butternut brown saddle, pretending it was on the back of a trusty steed.

Tad had tried numerous times to talk Posey into taking it for Nate, but she refused. If she gave in to the saddle, it meant a pony would soon follow, and she worried about Nate’s safety.

Although Tad thought a pony would help teach Nate responsibility and give him a positive outlet for some of his excess energy, it wasn’t his decision to make. No matter how much he might wish Posey and Nate were his, they weren’t.

During the past four years, Tad had fought his attraction to his best friend’s widow. He’d done everything he could think of to put her from his mind, but he couldn’t. Not when he loved her more with every beat of his heart.

No matter what he felt for her, he knew Posey still loved John. And he couldn’t blame her.

John Jacobs was the finest man Tad had ever known. He was certainly worthy of Posey’s love, even years after his death. Mindful of the promise he’d made to his dying friend, Tad had vowed to watch over Posey and Nate, and that’s exactly what he intended to do.

Watch over them. Protect them. Provide for them. Love them.

He’d done all he could to keep his love for Posey from shifting. Regardless, somewhere along the way, his feelings had changed from those of a friend to deep and abiding affection for a woman who wholly captivated him. But she’d never know. He certainly wouldn’t be the one to tell her many a night he tossed and turned, envisioning the way sunlight glistened across her golden head or humor turned her eyes into deep molasses pools he could dive right into without a backward glance.