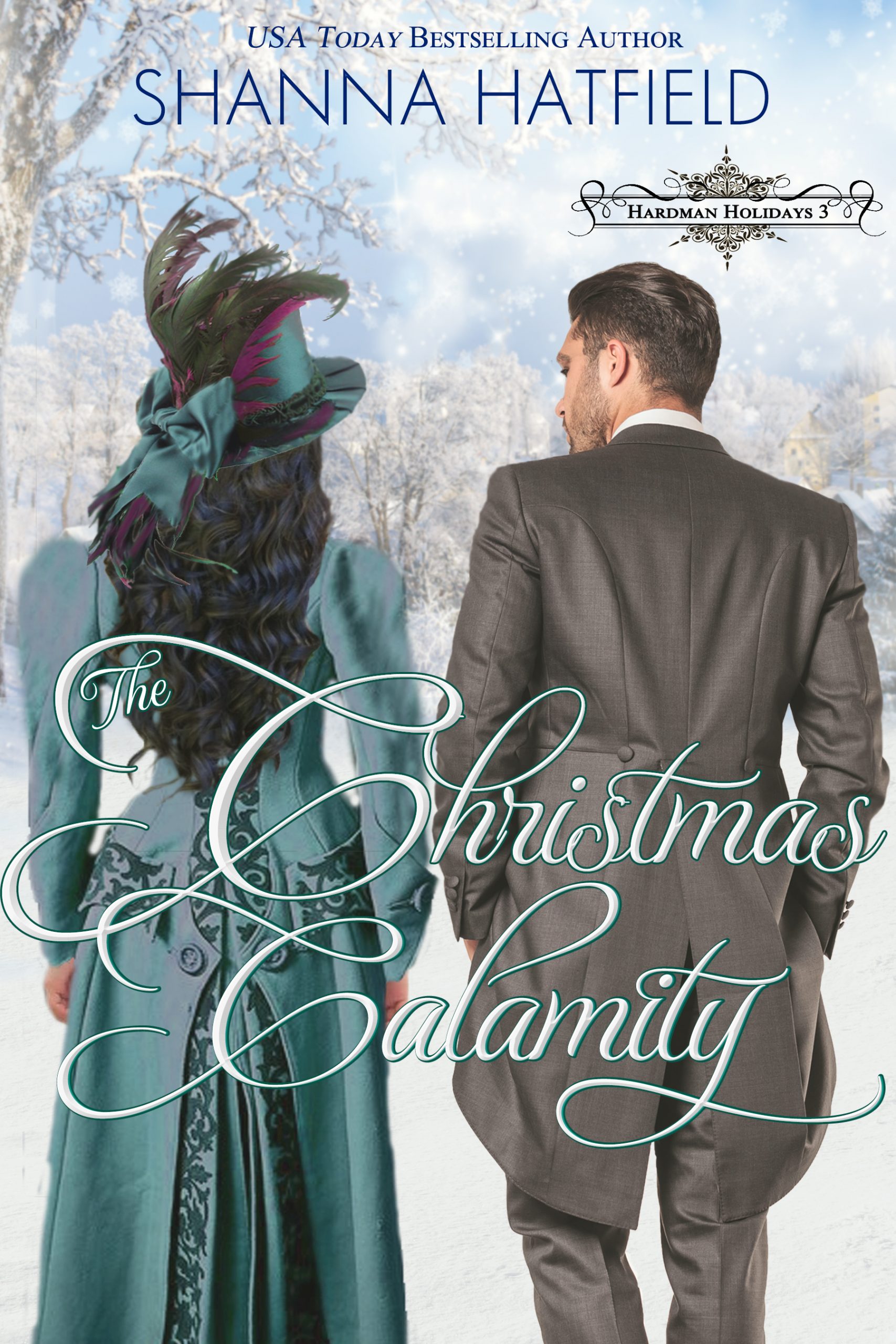 Dependable and solid, Arlan Guthry relishes his orderly life as a banker’s assistant in the small town of Hardman, Oregon. He has good friends, a great job, and the possibility of marriage to the town’s schoolteacher.

His uncluttered world tilts off kilter when the beautiful and enigmatic prestidigitator Alexandra Janowski arrives in town, spinning magic and trouble in her wake as the holiday season approaches.

Praise for The Christmas Calamity

“Shanna writes with so much depth and emotion that I couldn’t put it down! It’s a beautiful and heartwarming story filled with emotion, romance, mystery and fun! ”

“What a marvelous story! It has everything a reader could possibly want–joy, sorrow, intrigue, love–anything you could think of. Fortunately, the author has avoided the pitfall which so many authors seem to think is necessary–a part of the story hanging to force us to purchase the next book. This story is complete, although I am sure stories about other characters in the book, or referred to in the book are available in the series.”

Entranced by the way her mouth moved as she spoke, Arlan didn’t realize he leaned closer and closer until Alex stopped talking and released a sigh.

“Yes, I do.” He set down his coffee cup and rose to his feet, pulling Alex up next to him. Gently tracing his thumb across her bottom lip, he watched her eyes flutter closed and listened to her draw in a ragged breath.

“Alex, please, may I kiss you?” Arlan thought he’d die if she said no. Every nerve, every muscle, every ounce of blood pumping rapidly through his veins wanted to taste her lips, savor their velvety softness moving against his own.

“Arlan…” Alex raised her gaze to his. The wanting in her eyes was undeniable, but she stepped back from him. “As much as I want to say yes, I have to say no. I refuse to come between you and Miss Bevins. It wouldn’t be right or fair.”

“There is no me and Miss Bevins. In fact, I wrote her a letter today making that point abundantly clear.” Arlan moved until he stood with the toes of his boots disappearing beneath the hem of Alex’s skirt.

“But I’ve heard you whispering her name over and over, like a chant or something. I know you love her, Arlan, and I won’t do this.” Alex backed up until she bumped into the wall.

Arlan wasted no time in closing the space between them. He raised his hand to her face again, trailing his index finger across her smooth cheek and along her jaw. “If you heard me whispering her name, it was in a futile effort to remind myself of her. You see, I tend to forget she even exists whenever I think of you.”