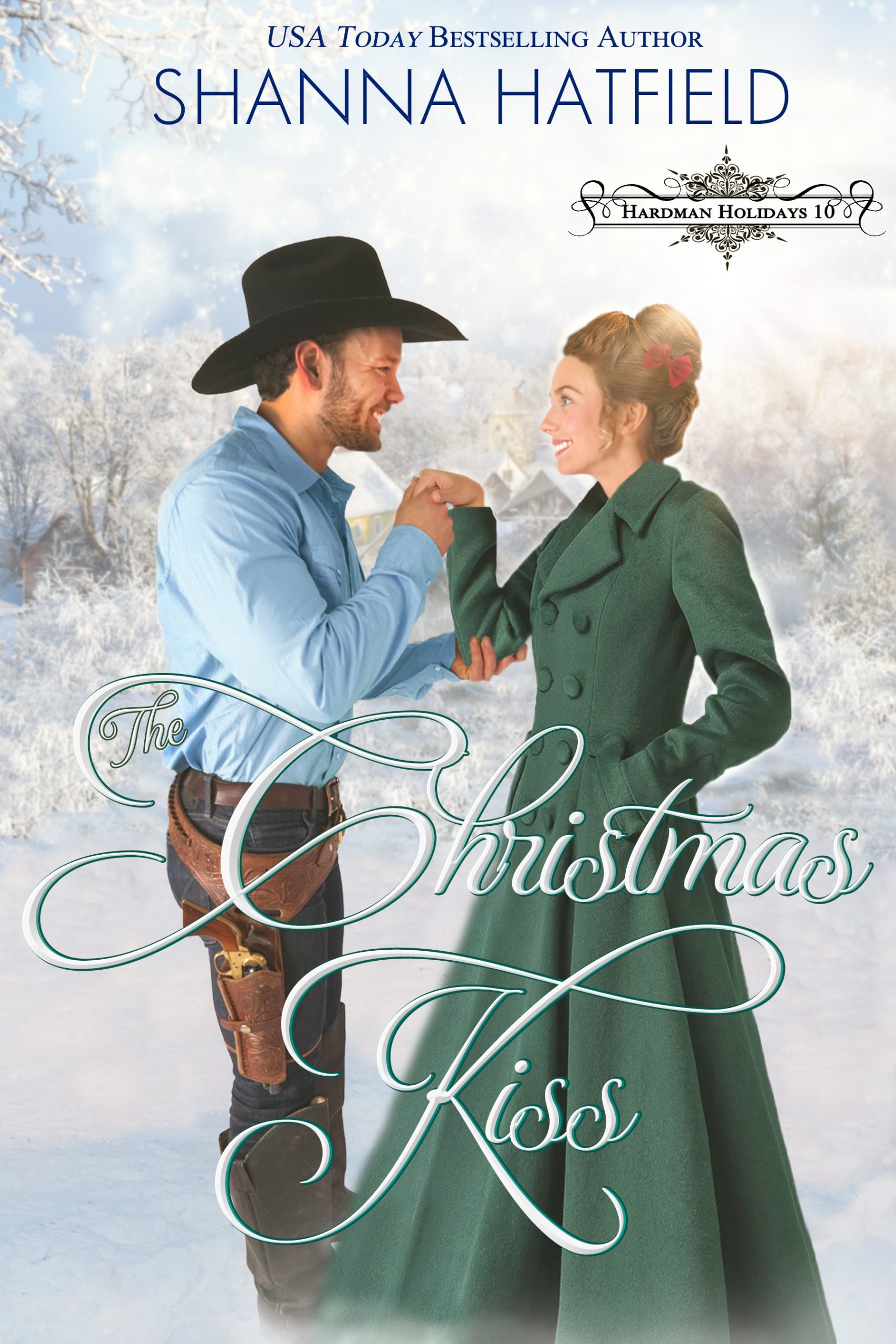 grieving the loss of his wife.

She’s an outrageously fun female with a

temper that runs as hot as a teakettle.

Will the two of them find a way to work together

to give his son a Merry Christmas?

When Gracy Randall returns to Hardman after almost six years away, she can’t wait to see the look of surprise on her parents’ faces. But the surprises are for her, it seems, as everything she thought she could depend on turns out to be different than she expected. The family ranch? Sold. The fabulous job she lined up for her return? Gone. The life she left behind? Memories. Now what will she do?

Cord Granger has problems of his own. The ranch he bought to make a fresh start requires far more work and time than he’d anticipated. Until he can find someone to take care of the house and his son, Bodie, he struggles to keep up with each day’s demands. Yet, the thought of letting another woman into his home, even if she is hired to be there, feels like dishonoring the memory of his wife. But he has to do something. The work? Piling up. The grief he faces every day? Staggering. The life he left behind? Memories. Who can he trust to help?

After landing on the wrong foot the moment they meet, the last thing Gracy and Cord want to admit is that the other may hold the answer to their problems. Can a little holiday hope help Gracy bring fun and joy back into Cord’s world? Will Cord’s return to the land of the living break the heart she locked up six years ago?

Find out in The Christmas Kiss, a sweet historical holiday romance brimming with the wonder of the season, a town full of humorous characters, and heartwarming story of love.

Praise for The Christmas Kiss

Before she could utter a word of protest, the cowboy grabbed her arm and pulled her toward the lane. Still armed with her hatpin, she briefly considered burying it into his hand, but instead, poked it back into her hat.

“Unhand me!” She jerked away from him with such force, she had to take three quick steps to keep from tripping over her twisted skirts.

The look of amusement on Mr. Granger’s face only served to stoke the fire of her fury.

Regardless of how childish it was, she stamped both feet. “I do not find anything humorous about any of this, Mr. Granger! Not a thing!”

“I don’t rightly find much to laugh about in this situation either, Miss Randall. Now go. Until you can talk without screeching and treat my son with kindness, don’t come back.”

“Fine!” Gracy fisted her skirts in her hands, lifting them up a few inches so she could walk unimpeded.

Rage fueled her steps as she strode to the road, then turned toward Hardman. She was a mile closer to town when she realized she’d left her bag sitting in the entry in the house. She’d rather crawl through a pit filled with riled rattlesnakes than return to that man’s house. He’d made it abundantly clear she wasn’t welcome.

If she never again set eyes on Cord Granger, it would be just fine with her. Only the likelihood of that happening was close to impossible since he was no doubt related to the Grangers who lived in Hardman and had been pillars of the community for years.

Now that she thought about it, Cord did bear a resemblance to Luke Granger. She wondered if they were cousins, since she knew Luke and his sister Ginny had no other siblings. Not that she cared.

It would please her greatly if Cord Granger packed up and left before she had to encounter him again. The man was positively detestable.