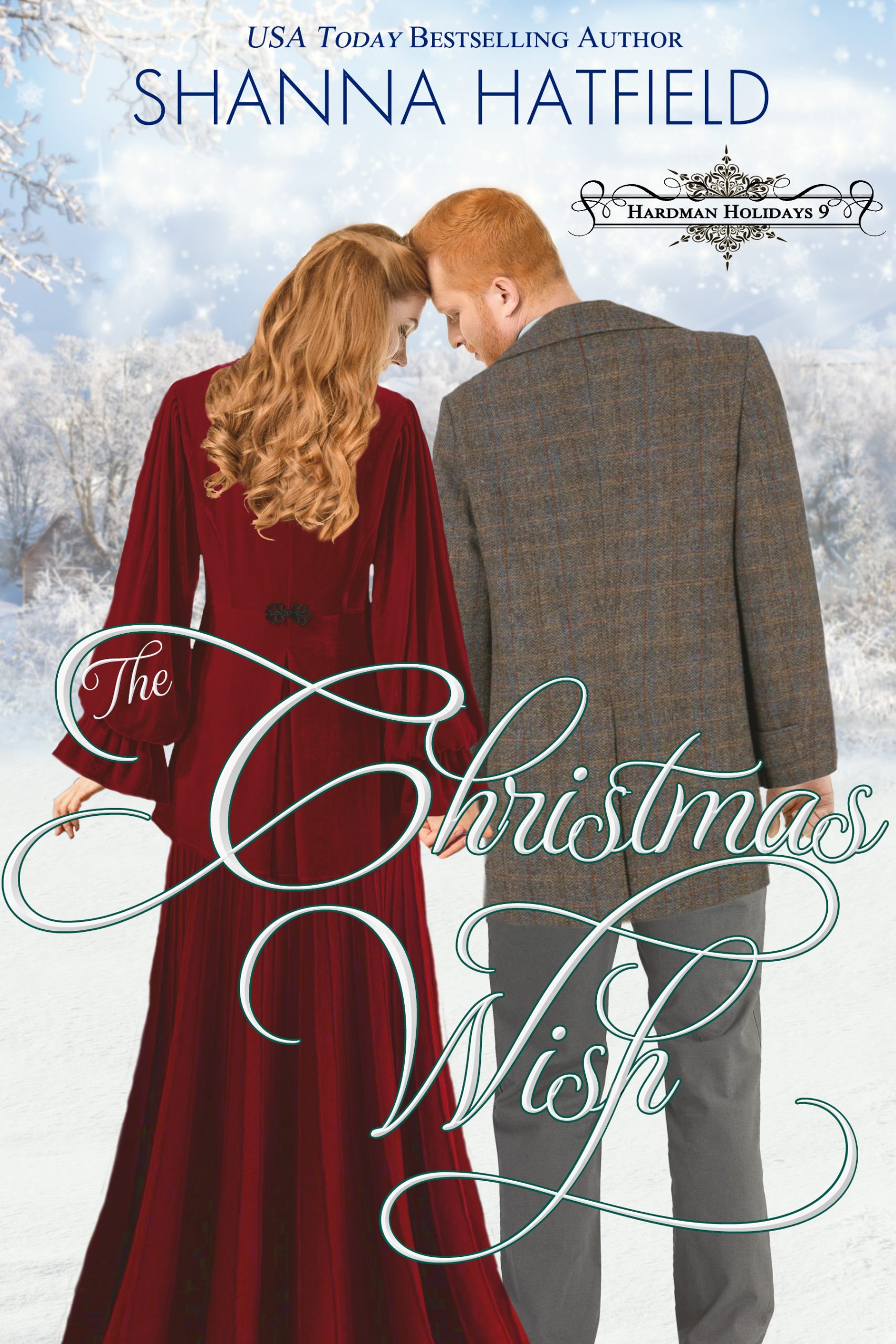 Home is the last place he wants to be for Christmas . . .

When an urgent telegram arrives from his mother, begging him to return home, old West photographer Percy Bruner can’t refuse. After an almost five-year absence, he dreads returning to the small eastern Oregon town of Hardman where he grew up. He’d dreamed of raising a family there, and loving his sweetheart until they were both old and gray. But with her gone, the only thing the town can offer him is painful memories.

Now that his family needs him, Percy must face the ghosts that continue to haunt him, and make the hard choice of letting go of his past or giving up on his future.

Will his return the place he once loved give shattered hearts a chance to heal and make a special Christmas wish come true?

Praise for The Christmas Wish

“I love the characters, the town, the story, the romance…everything. The only part I don’t like is that I can’t live there!”

“A sweet, romantic storyline with a small touch of mysterious goings on, as only Shanna Hatfield can write.”

“The author’s characters always seem like real people and she touches on life stories. Beautifully written with a little twist in the plot I was not expecting. I enjoyed it and recommend it.”

By the time the train pulled into the station in Heppner, Percy was anxious for fresh air and hoped the cooling temperatures would help clear his dark thoughts.

He hurried off the train to purchase a ticket on the stage. The stage was full, but a freighter headed through Hardman agreed to give him a ride if he helped load the man’s lumber wagon.

Percy removed his coat and hat, rolled up his sleeves, and jumped into the work. In no time at all, they finished the job. Percy donned his outerwear, climbed on the wagon, and watched the landscape roll by from his perch on the high wooden seat.

The freighter didn’t seem inclined to talk, but he did nod his head in gratitude when Percy offered him one of the thick ham sandwiches Tia had sent along. Percy shared sour cream cookies and an apple before he tucked the empty food basket into the back of the wagon next to his valise and set the hat he hated to wear inside it.

“You know people in Hardman?” the freighter asked as they jostled along the well-traveled road. Dust rose in brown puffs from the hooves of the horses as the team pulled the heavy wagon.

Percy nodded then drew in a lungful of the clean air, savoring the scents of sagebrush and juniper that lingered on the slight breeze.

Thick clouds dotted the sky that was such a pale variety of blue it appeared as though someone had drained away the rich, vibrant hues of summer. He watched a flock of blackbirds stir from a tree in the distance and rise into the clouds before swooping beyond his vision.

He’d missed the open sky and rolling hills, the smells and the sounds that seemed unique to this part of the country. Five antelope lifted their heads and stared at them from a safe distance away. Percy wished they could stop so he could capture their image with his camera, but the wagon rolled onward.

The closer they drew to Hardman, the more familiar things felt, and the more the knot in his stomach tightened. Would people still welcome him to the town he’d essentially abandoned? Would they shun him the way he’d shunned the community for so many years?