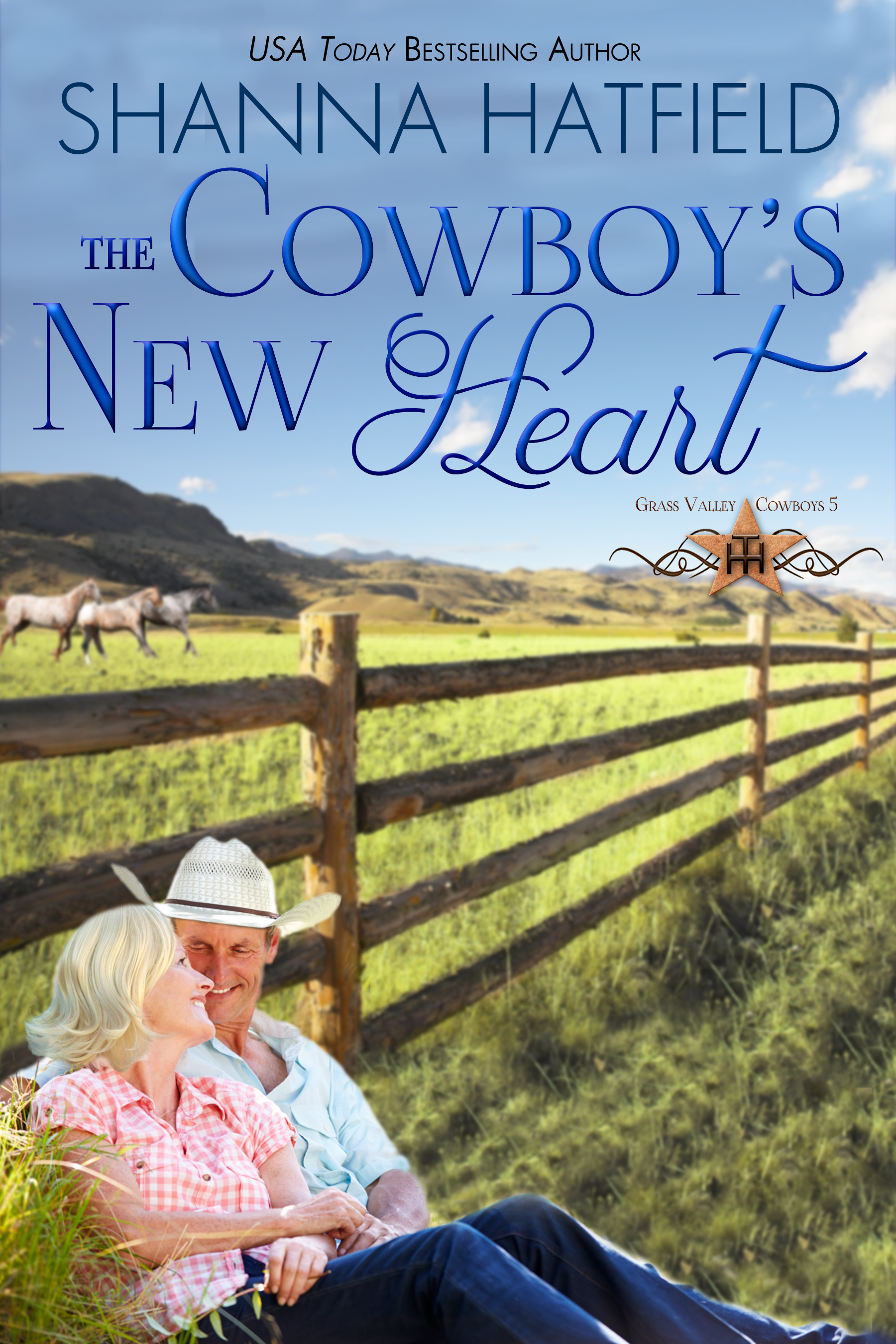 The heart doesn’t care about age…

Former bull-rider Hart Hammond spent twenty years building a business empire while successfully avoiding love. He buried his heart the same day he made his last bull ride and has vowed to never make the mistake of loving a woman again. Then he meets the beautiful mother of the fun-loving Thompson tribe.

Years after her husband died, Denni Thompson can’t bear to think of giving her heart to anyone else. With three newly married sons, a grandchild on the way, and a busy life, Denni doesn’t entertain any notions of romance until she encounters the handsome new owner of Grass Valley’s gas station.

Can a broken-hearted widow and a heartless cowboy find love?

Praise for The Cowboy’s New Heart

” It was an excellent story and is on my favorites!”

“Shanna Hatfield has a way of bringing her stories to life that makes it hard to put the book down .”

“This book was a delight from the first word to the last.”

“You’ve got to be the sweetest man ever, as Cass would say,” Denni said, placing the hummingbird on the counter and looking around. Amy had mysteriously disappeared into the back room, leaving Denni alone with Hart in the store. She wasn’t sure in her current frame of mind that was a good idea. She might give in to her desire to hug him again. Thoughts of kissing his strong jaw or that darn cleft in his chin filled her mind and she wanted to stamp her foot in irritation. She was not, under any circumstance, going to allow herself to get involved with a man. Especially not the tenderhearted cowboy who brought her hummingbird figurines and made her feel young again.

“I don’t know about that,” Hart said, looking at Denni with such an intense gaze of longing, she began to feel overheated. “Anyway, I wanted you to have it.”

Tipping his hat, Hart walked toward the door and was about to leave when Denni called out to him. “I’m spending the weekend at the ranch. If you’d like, I could come by your house and talk about the quilt you want me to make, if you’re still interested.”

“That’d be great, Denni. Give me a call Saturday when you’re ready to come over and I’ll be waiting to give you a grand tour.” He tipped his hat and walked outside, letting in a breeze of frigid air that did nothing to cool Denni’s elevated temperature.

Watching Hart saunter down the sidewalk toward his pickup, Denni felt her cheeks heat as she thought about how well he filled out his jeans, how good he looked in his boots, hat and leather coat. He could easily pass for someone several years younger than his fifty-two years. She felt a hot twist of jealousy when she noticed a couple of women walk past Hart then turn around and give him a second glance.