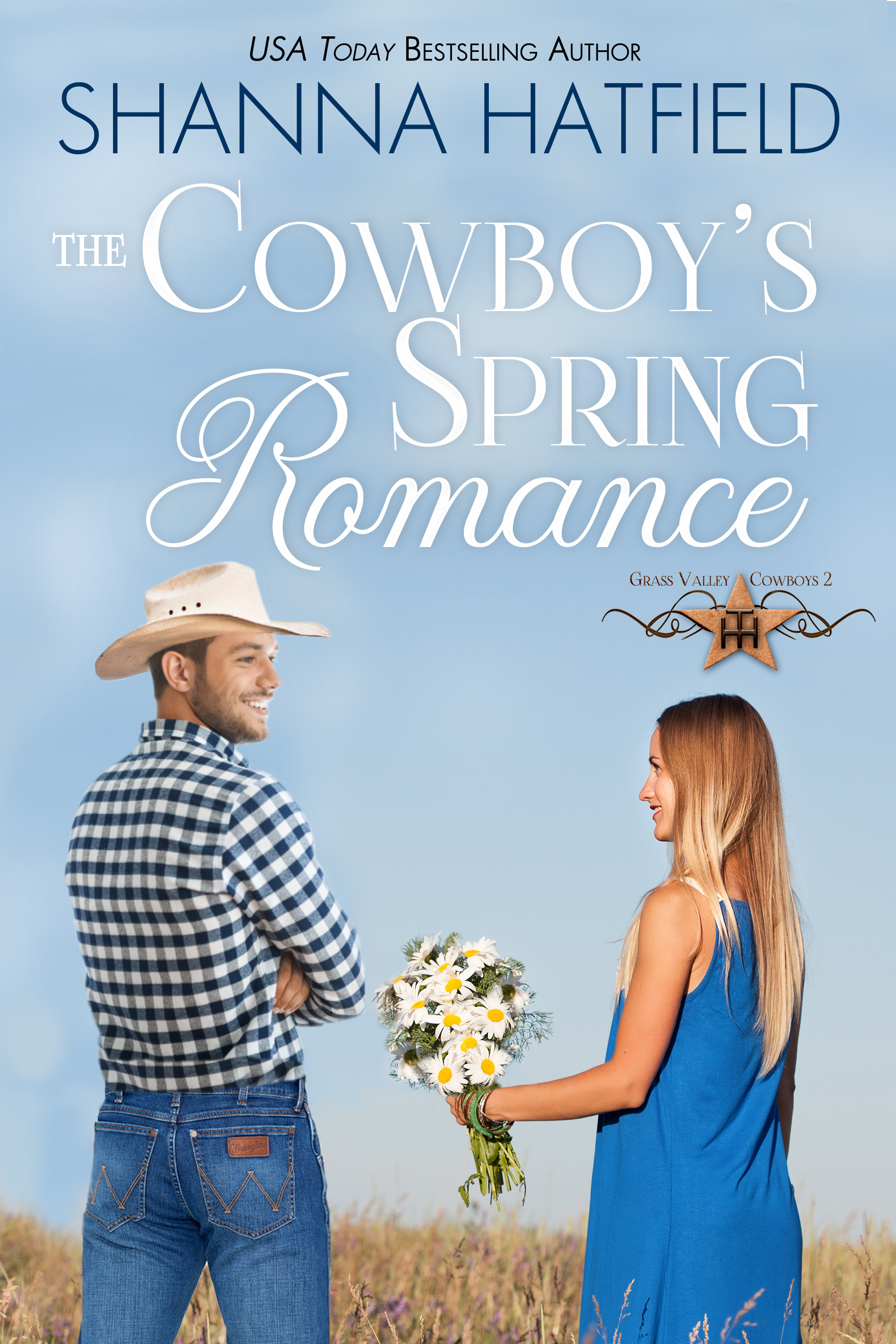 One lonesome cowboy needs a few lessons in romance…

Return to the sweet western world of the Grass Valley cowboys!

Trent Thompson doesn’t have many secrets, except for the torch he’s carried for the new schoolteacher since she moved to Grass Valley more than three years ago. Instead of asking her out, he’s dated every single female in a thirty-mile radius, giving her the impression he holds no interest in knowing her.

Lindsay Pierce moved to Grass Valley to teach and quickly fell in love with the small community as well as the delightful people who live there. Everyone welcomes her warmly except for one obnoxious cowboy who goes out of his way to ignore her.

Will Trent be able to maintain the pretense when he has to babysit his niece, who happens to be in Lindsay’s class?

Romance is in the air as spring fever hits the Triple T Ranch!

Praise for The Cowboy’s Spring Romance

“Loved this book can’t wait to read about the next brother and his adventures.”

“This is one of those romances that is like going home. It is easy and so comfortable. “

“I absolutely loved this book. I couldn’t put it down and love a romantic, sweet ending.”

Arriving on the scene, they went unnoticed for nearly half an hour by the Thompson trio, who were in the thick of things. This gave the two women time to take in what was happening, hold their hands over their noses at the smell and decide they would much rather wait at the house. They were just turning to quietly walk back when Trent spotted them and rode over to the fence.

“Hello, ladies,” he called, forcing them to turn around at his greeting. Lindsay lifted a hand in acknowledgement and elbowed Cady.

Trent tied Lass, his horse, to the fence and swung over it, landing in one smooth motion with spurs jingling and the fringe on his chinks flying. Lindsay, who had never been given to the twittering silliness of simpering girls, thought she might actually swoon as Trent swaggered toward them. The horrid smells and churning dust faded away into a golden glow surrounding the two of them. Handsome, smiling, and virile, she watched Trent approach one enticing step at a time.