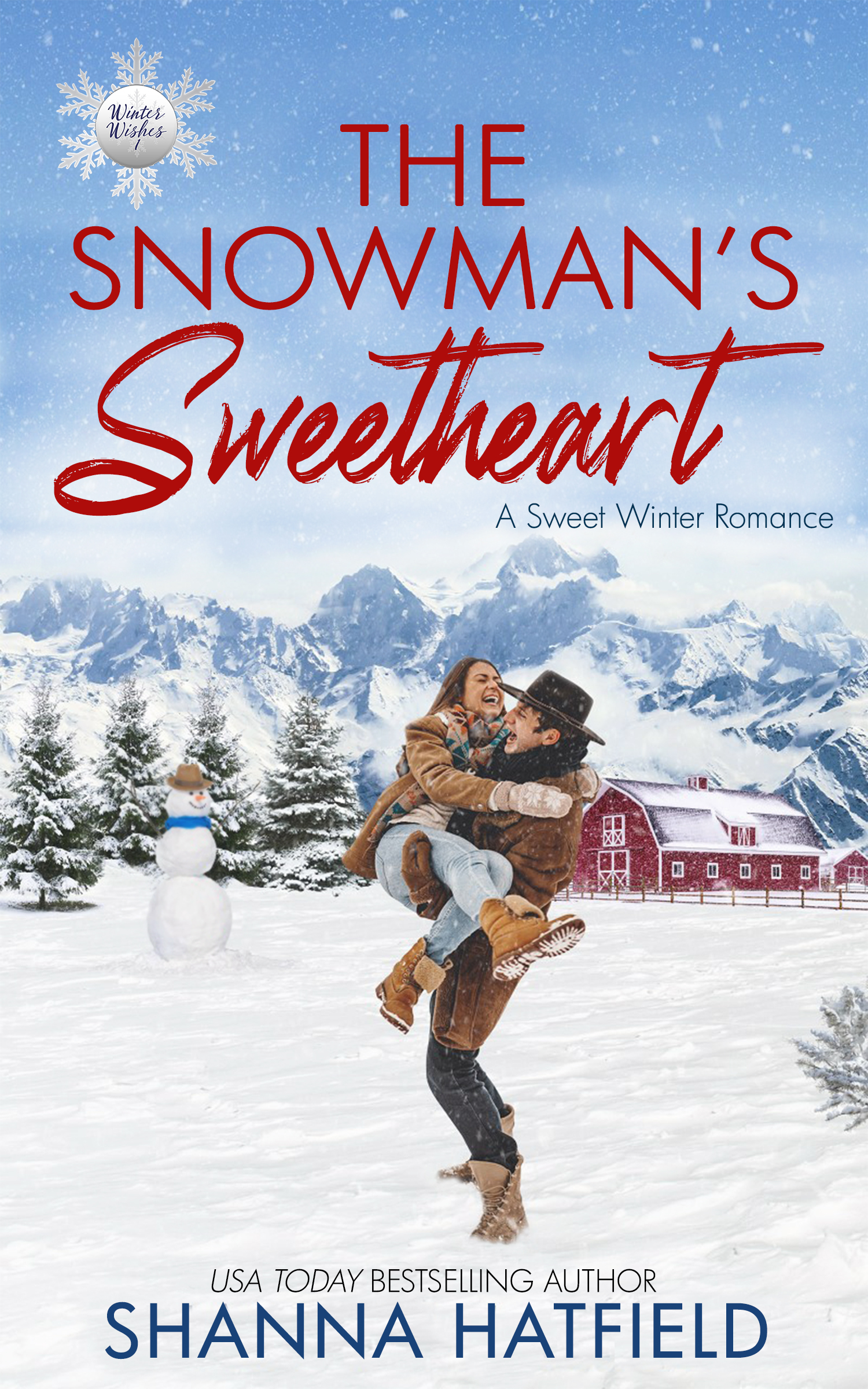 Will a winter whirlwind romance result in a forever love?

After a Christmas Eve catastrophe that left her heart encased in ice, Sierra Goodwin detests anything to do with winter and the holiday season. To take her mind off her troubles, her best friend talks her into a weekend spa getaway to a town she’s never heard of. Her bestie’s boyfriend tags along like a bumpy third wheel, and things go from bad to worse when they arrive in town to find a winter fest in full swing. Then Sierra runs into a handsome stranger, a man everyone calls Mr. Snowman, and discovers her heart might not be a frozen fortress after all.

Kylan Snow loves his life, his Christmas tree farm, and the town of Pinehill where he was raised. There’s nothing he enjoys more than a beautiful winter afternoon spent outside in the crisp, fresh air, or time spent with friends and family. When he unexpectedly encounters a dimple-cheeked woman in need of a little hope, he has no idea one weekend with her with completely alter his world.

Will their winter wishes for a forever sweetheart come true? Find out in this sweet romance brimming with laughter, snowmen, small-town charm, and love.

Praise for The Snowman’s Sweetheart

“The Snowman’s Sweetheart is one of the sweetest, most fun loving book I’ve read. Shanna Hatfield brought to life the characters in Pinehill, even building a snowman was so fun . I’m going to love reading this new series Winter Wishes , such a feel good story.”

“Snowman’s Sweetheart is just what the just what one wants when we grab a Shanna Hatfield romance, a warm, sweet and wonderful read with characters we can become attached to. “

“This is a sweet love at first sight romance. It doesn’t feel rushed though because you see the two get to know each other through the time they spend together. The town the book is set in sounds wonderful. Overall it is a warm fuzzy read.”

“Started reading after midnight until I couldn’t read anymore. It would be a perfect Hallmark Movie!”

As they reached the parking garage, Sierra followed Jenn over to her parking space, only to find Rob Kohl, Jenn’s boyfriend waiting for them in his SUV.

“Hey, Sierra!” he said, hopping out and opening the back of the vehicle. “Isn’t this great?”

Sierra scowled at Jenn, furious she’d invited her boyfriend to join them for a weekend they’d been planning for months. “What, exactly, is going on?”

“Rob got time off from work, too, and is joining us,” Jenn said, practically squealing with joy.

Sierra had visions of spending the entire trip watching Jenn and Rob making lovey-dovey eyes and kissy-faces to each other. This vacation  was supposed to be a time for her and Jenn to relax and have fun. She tossed the interloper a blistering scowl. “I’ll stay home. You two go.” She started backing away from the vehicle.

“No! You’re going,” Jenn said, handing her things to Rob, then grabbing Sierra’s arm before she could make an escape. “Rob surprised me this morning with the news he was free to go with us. I knew you’d do this, try to back out of it if you knew he was coming along, but you are going on this trip, and you are going to have fun!”

Rob chuckled. “You can’t force her to go or have fun, Miss Bossy.” He winked at Jenn, then looked at Sierra. “But we really do want you to go, Sierra. Please? I promise we’ll both be on our best behavior. If you refuse to go, then I’m the one who’ll stay behind.”