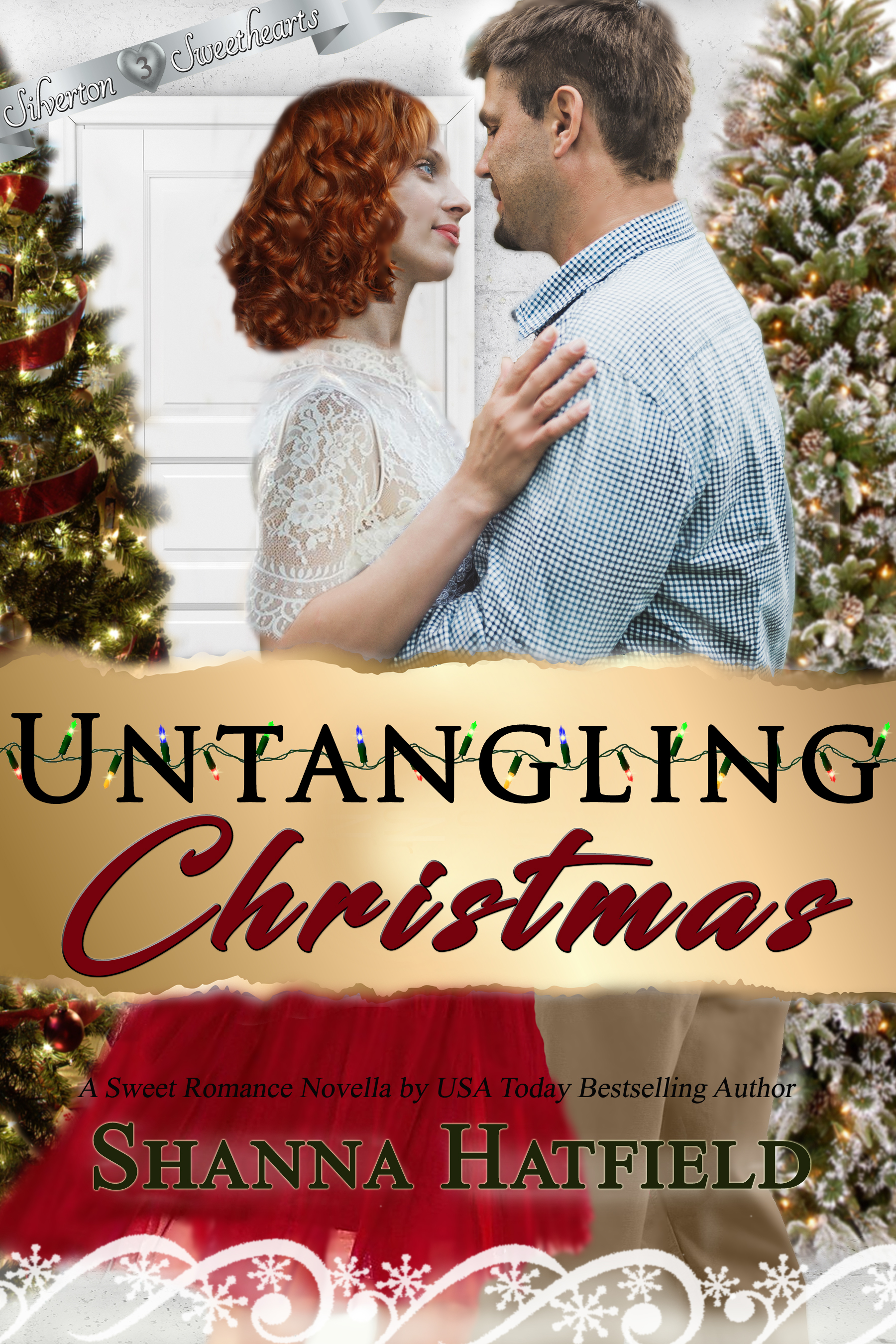 When did the holidays become such a tangled mess?

Can a quirky woman help this Scrooge get his jolly back?

Tricked into helping with Silverton’s Festival of Trees, electrician Mike Clarke battles faulty outlets, tangled lights, and a woman determined to share the spirit of the season.

Taylor Taggart doesn’t care what anyone thinks of her and her wacky, optimistic way of viewing life. Then she meets an electrician in need of a good dose of Christmas cheer and a second chance at love.

“This is another hit by Shanna Hatfield. A very simple, clean, sexy, incredible read. I loved the characters. Mike and Taylor had chemistry. Whew. I loved the description of the holiday festival of trees. Sounds absolutely gorgeous.
What I don’t like….it was to short 😉. I would say that about anything Ms. Hatfield writes. You get started and invested and just want to keep on reading.
Worth the $ and the time.”

“Shanna Hatfield knows how to design the romance that delivers! The hero and heroine are both intelligent hard working people. This is great chemistry!”

A red-haired woman hustled toward them, wearing a cheerful smile and an eye-popping outfit. For all appearances, she dressed in an assemblage of clothing appropriate for a belated Halloween party. The bright purple sweater, short blue plaid skirt, and yellow cable-knit tights with gray ankle boots weren’t an ensemble a normal adult would choose to wear on an average day.

Mike stiffened as she approached. He didn’t like redheads, bubbly personalities, or women with the fashion sense of an attention-seeking adolescent.

“And you couldn’t have warned me sooner?” Mike growled in an angry whisper. “Tell Brenna she’ll have to find someone else to do the work.”

“Mike,” Brock placed a hand on his shoulder and squeezed it. “Don’t be that way. Not ten minutes ago, you said it’s a good thing they asked you to come before they started plugging in dozens of strings of lights because the wiring might explode. Think of all the people this fundraiser will help. Focus on that, not the pretty woman in charge of it. You can’t hate every woman with red hair just because of…”

Mike didn’t let him finish before he snapped, “I don’t think she’s pretty. She looks like a flame-headed freak dressed for a frat house costume party.” Although he spoke in a low tone he assumed no one but Brock would hear, his voice carried in the cavernous building.

The woman stopped a few feet away and boldly stared at Mike. “Flame-headed freak?” Her left eyebrow crept upward as her gaze traveled from his scuffed work boots to the shaggy dark hair on his head. “Surely even a cavedweller like you can come up with something more creative than that.”