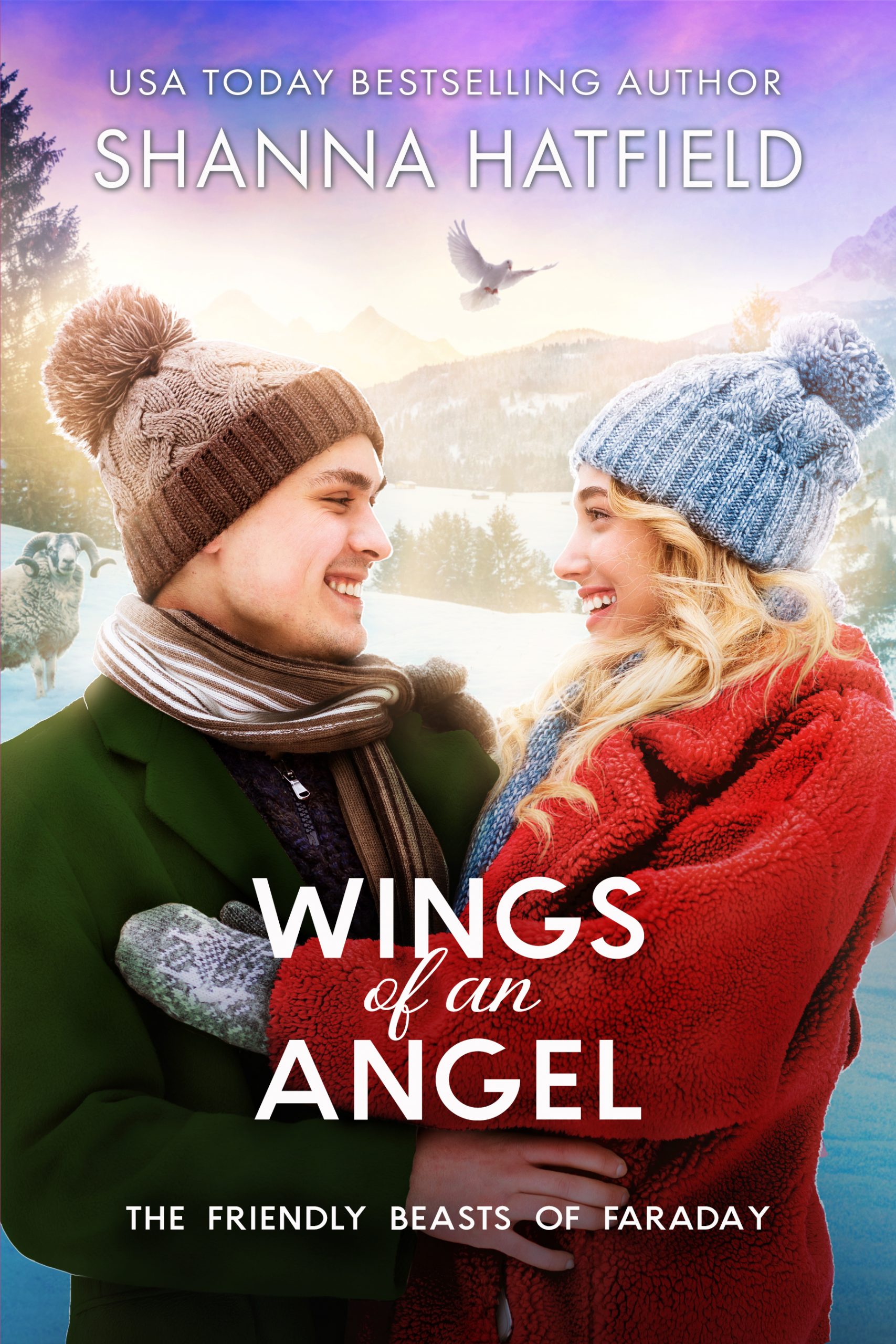 Wings of an Angel

Veterinarian Angela Carol escaped her past and started a brand new life in the friendly community of Faraday. Her charming little boy, Nick, a thriving practice, and a comfortable home are all she needs to be happy. At least that’s what she continually tells herself. But her traitorous heart longs for Nick’s teacher, a man who’s become her best friend. With no intention of falling in love again, she struggles to keep her thoughts and heart in line where Drake is concerned.

Drake Miller had plans to be the next NBA star, but when an injury left him sidelined in college, he decided to teach and return to his hometown of Faraday. There’s nothing he enjoys quite as much as shaping the minds of the first grade students in his classroom, unless it’s making Angela Carol smile. The first time he saw her, he knew he was a goner, but the widow has made it clear she has no interest in getting involved in a relationship. How can he prove to her that it’s worth taking a chance on love?

The unlikely team of Nick, along with his pet sheep, Shep, and a dove named Jasper, work to spread a little romance along with holiday cheer. Will their efforts be enough to unite Drake and Angela in time for a Christmas miracle?

Enjoy discovering the answer in this sweet Christmas romance filled with the spirit of the season and tenderness sure to touch your heart.

Praise for Wings of an Angel

“This is a lovely Christmas series. All four books are full of great characters, fun, happiness, and love. A great life in small town America with the help from the animals.”

“A dove hit the window and knocked itself out. Nick and I put it in this box, but I figured you’d know what else to do to help it.” Drake slid the box toward her.

Angela slowly lifted the lid just enough to peek inside. “Looks like Mr. Dove is still sleeping. I’ll take him with me so I can keep an eye on him.” She turned to Nick and cupped his chin in her hand. “Grab your coat, baby. We need to get going. I promised Mrs. Burnside I’d stop by to check on a cat she says is staying on her back porch. She’s worried it might be hurt because it walks funny, whatever that means.”

“But, Mom, I’m hungry. Can’t we go to the café? Please?” Nick retrieved his coat and put it on while he begged.

“I’ve got dinner cooking, Nick, and snacks in the truck. The sooner we go see Mrs. Burnside, the sooner we can go home.” Angela handed Nick his backpack then turned to Drake.

“Thank you, again, for allowing him to stay. I know I shouldn’t ask you to do that, but I so appreciate your help, Drake.” She stood on tiptoe and kissed his cheek.

Drake stood perfectly still lest he turn his head and make sure the kiss landed on his lips. When Angela moved away from him, he smiled at her, wondering if she could see his heart in his eyes. “You’re welcome, Angela. I’m always happy to help when I can.”

“I know. That’s what makes you such a good friend.” She squeezed his hand then turned to Nick, nudging him toward the door. Drake walked beside her carrying the shoebox with the bird. At the door, she took the box from him. “I’ll let you know how our feathered friend does later.”

Drake knew that meant she didn’t want to worry Nick in case the bird died. He walked with them to the outside door and held it open for her. “Sounds great, Angel.” Whoops. He hadn’t meant to call her that, even though she looked like one as she stood in a shaft of late afternoon sunlight. The golden streamers created a soft glow around her, like she wore a glowing halo instead of just her hair twisted back in a messy bun. With her rosy cheeks and perfect ivory complexion, he had no problem at all imagining her as a celestial being.

Afraid of what her reaction to his slip up might be, he bent down and grinned at Nick. “Hey, thanks again for your help, buddy.”

Drake waved once then hurried inside, mentally kicking himself all the way back to his classroom. He’d better rein in his thoughts where one gorgeous vet was concerned or he’d end up losing her friendship. For now, friend status was better than nothing at all.