I’ve shared about several places we visited when we were in San Antonio and I’ve got another gem to talk about today.

The Briscoe Western Art Museum is within walking distance of The Alamo. It’s an amazing, eclectic collection of art, western artifacts and so much more! The museum strives to inspire and education through exhibits, educational programs, and public events that reflect the region’s rich traditions and heritage.

Visitors walk inside the lobby to be greeted by a two-story bronze statue that pictures a buffalo jump on one side. 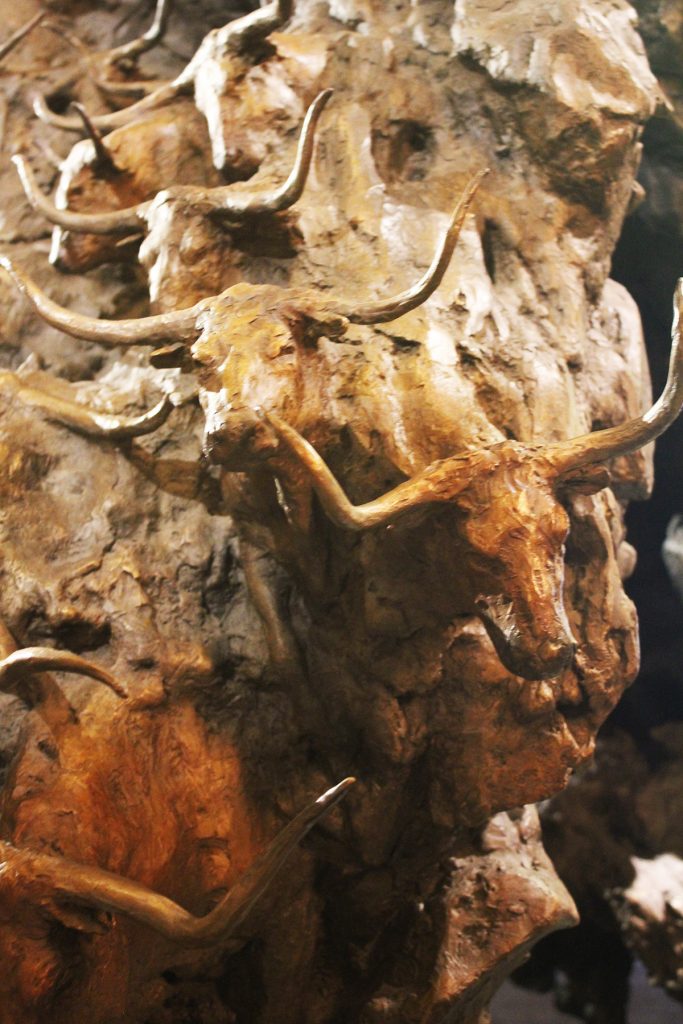 And a cattle drive on the other.

Three floors of exhibits showcase everything from small sculptures to large bronze statues and paintings. 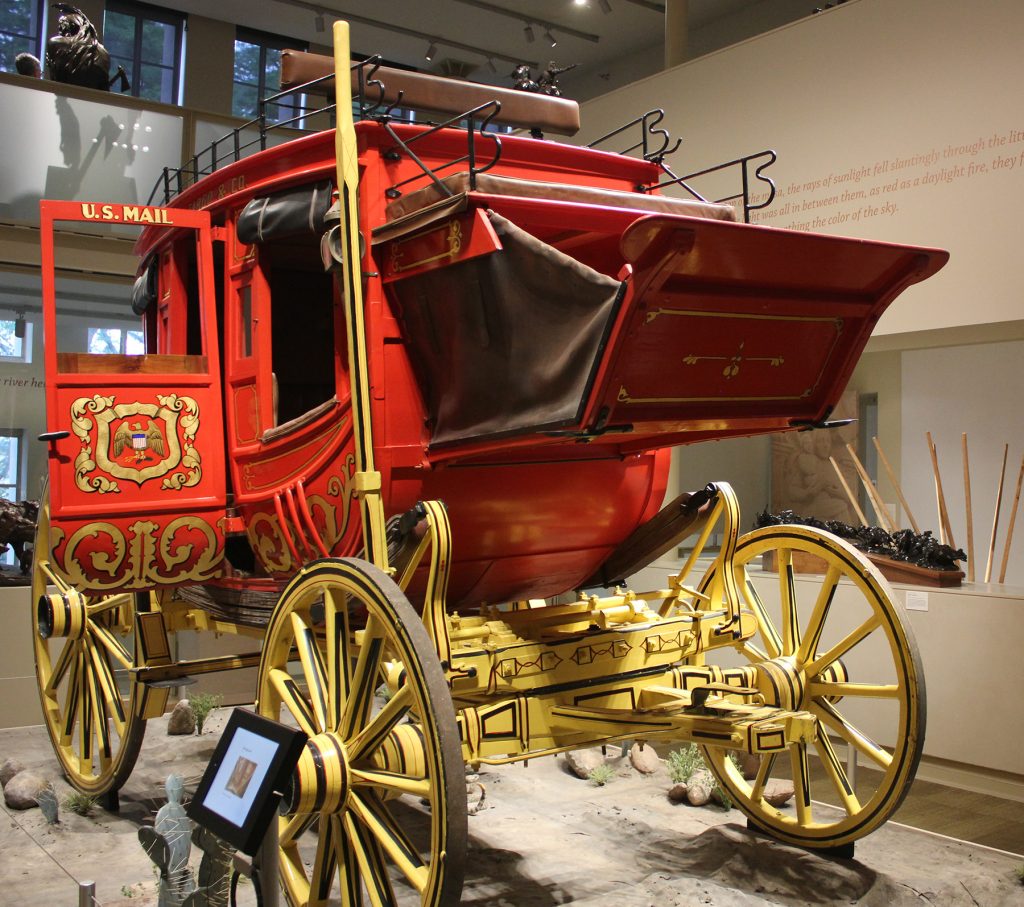 There was even a replica Wells Fargo Stagecoach on display. Let me tell you I would not have done well traveling in one, especially if I was in a seat other than first class (sitting at the back facing forward). Second class was sitting in the front facing back. And the third class passengers had a backless little bench in the middle. Can you imagine riding on that for hours on end? In a corset? 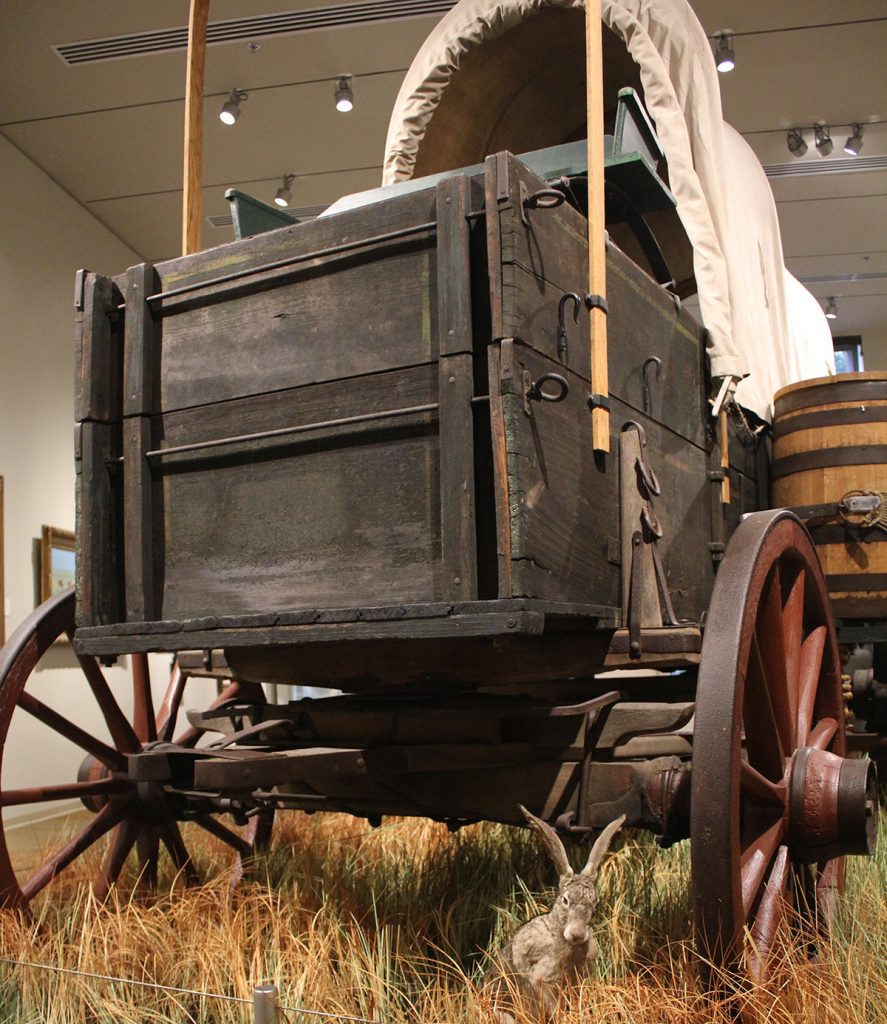 There was also a great wagon display, complete with a rabbit in the tall grass. They went to great lengths to create displays that were visually appealing. 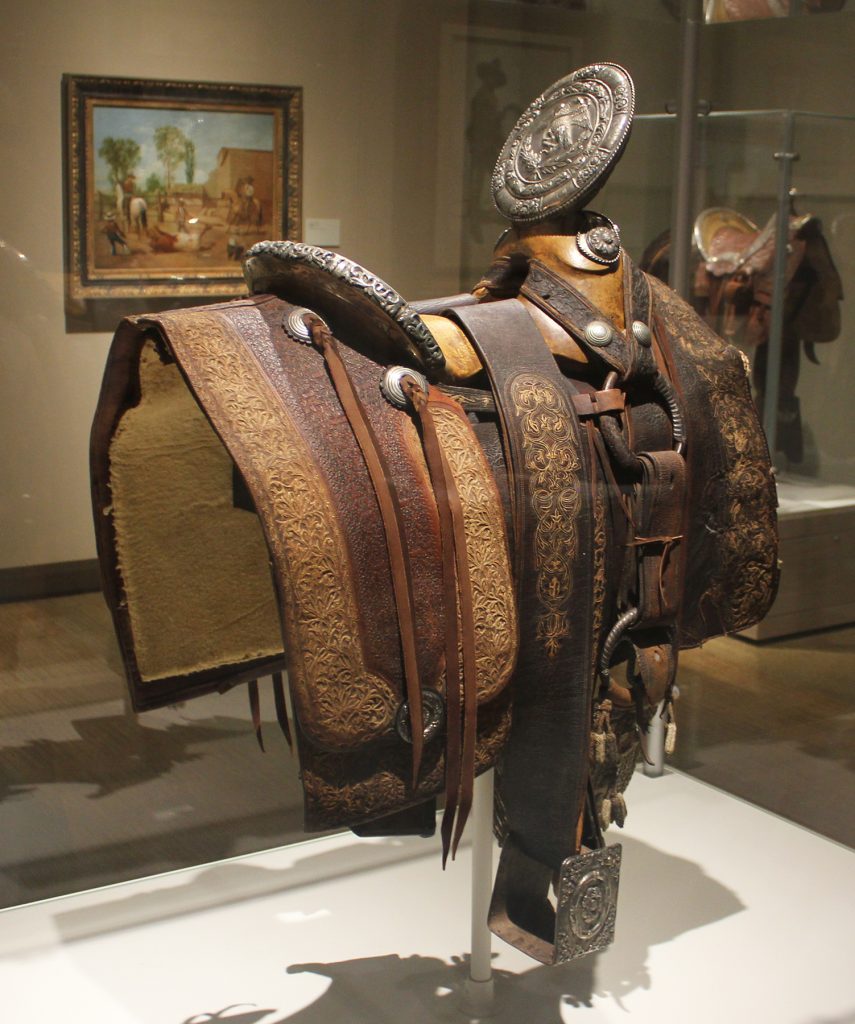 Several saddles were on display (including Panco Villas) as well as one entire wall holding a spur collection. The whole time I was looking at the spurs, I was thinking of Trey from The Cowboy’s Christmas Plan. He collects spurs and would have loved to see those on display.

They even had a Roy Rogers saddle. If you zoom in on the image, you can see all the neat detail stamped in the leather (and the spurs are in the background).

This was one sculpture I particularly liked because it just seemed so real and life-like. There were so many neat sculptures. The Briscoe even has an outdoor sculpture garden. Due to the fact the wind was blowing pelting rain into our faces, I didn’t get any photos of the outdoor sculptures. 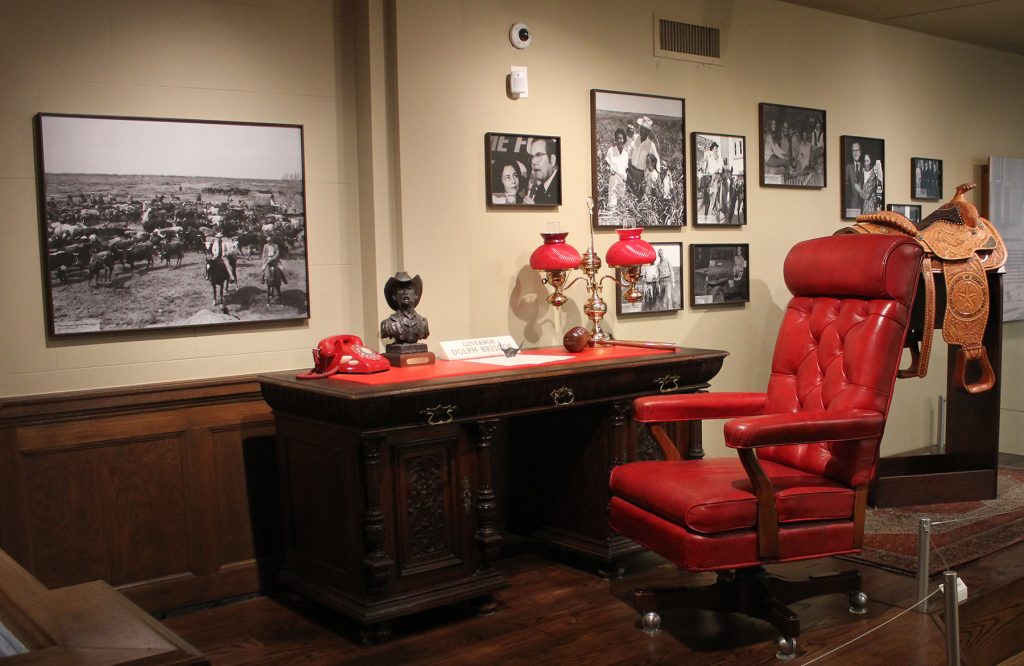 There was even this desk set up in the Texas Ranger area that belonged to former Governor Dolph Briscoe, after whom the museum is named.

The museum’s history goes all the way back 1903 when Andrew Carnegie opened a public library here in 1903. A flood in 1921 resulted in damage to the foundation of the building. It was torn down in 1929 and replaced with a new art deco style building that served as the main library until the late 1960s when the library was relocated to a new location.

San Antonio lawyer Harry Hertzberg had amassed a massive collection of circus memorabilia and artifacts. He donated the collection to the library and they left it in the building as the Hertzberg Circus Museum until it closed in 2001.

The building sat in a state of disrepair for many years until the idea for the Briscoe Western Art Museum was born.

Located right on the River Walk, today the museum is filled with works of art and historical pieces that keep the west alive in imaginations and hearts of those who visit.