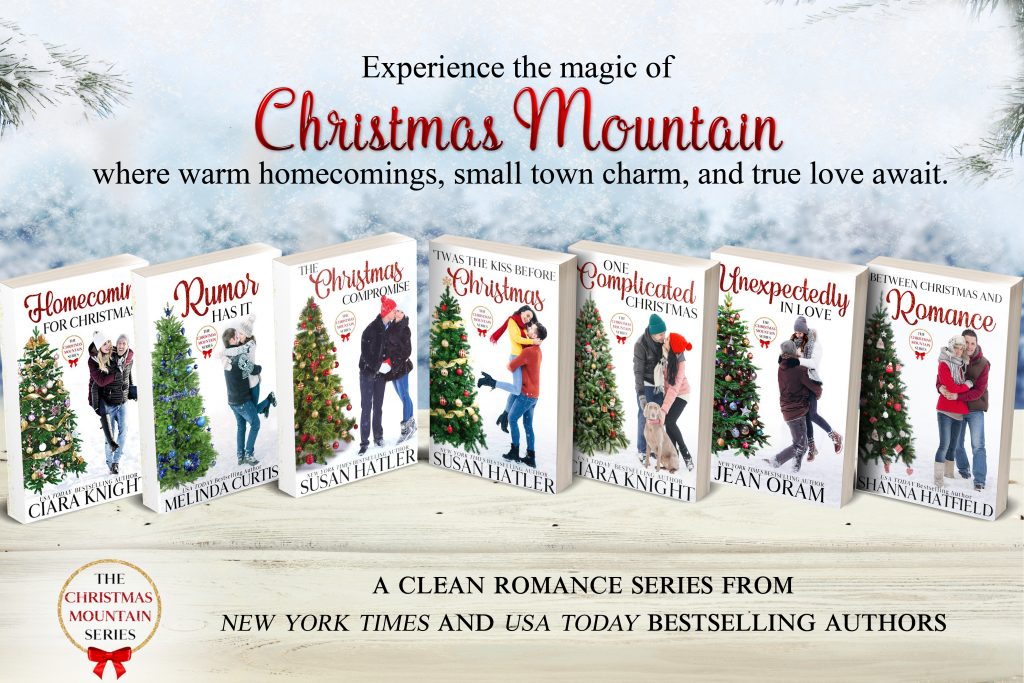 I’m so happy to be part of the Christmas Mountain clean holiday romance series. There are seven books in the series, ready to bring you a heaping of holiday cheer.

Each book can be read on its own as a stand-alone, or read them in order — your choice! The first three books take place in year one while the next four take place during year two.

All of the books are written in first person, which was a first for me! I really had such a good time crawling in my character’s head. Carol Bennett is smart, sassy, and secretive. She also has crazy ninja-like self defense skills which she accidentally puts to use against the hero, Tim Burke. He makes jokes about her name being Carol Burnett (she isn’t a redhead) and she teases him about being called “Timber” because of his name and because he’s as big as a tree. Truly, it was fun to imagine myself as Carol as I wrote the story. However, I did discover when I write in first person, my sarcasm tends to drip out much more frequently than with my other stories.

Another fun thing about the books is that the seven women featured in them were all school chums. Now they are grown and have returned to their hometown of Christmas Mountain for a variety of reasons. Not one of them came with plans of falling in  love, though!

Here’s a little about each sweet story: 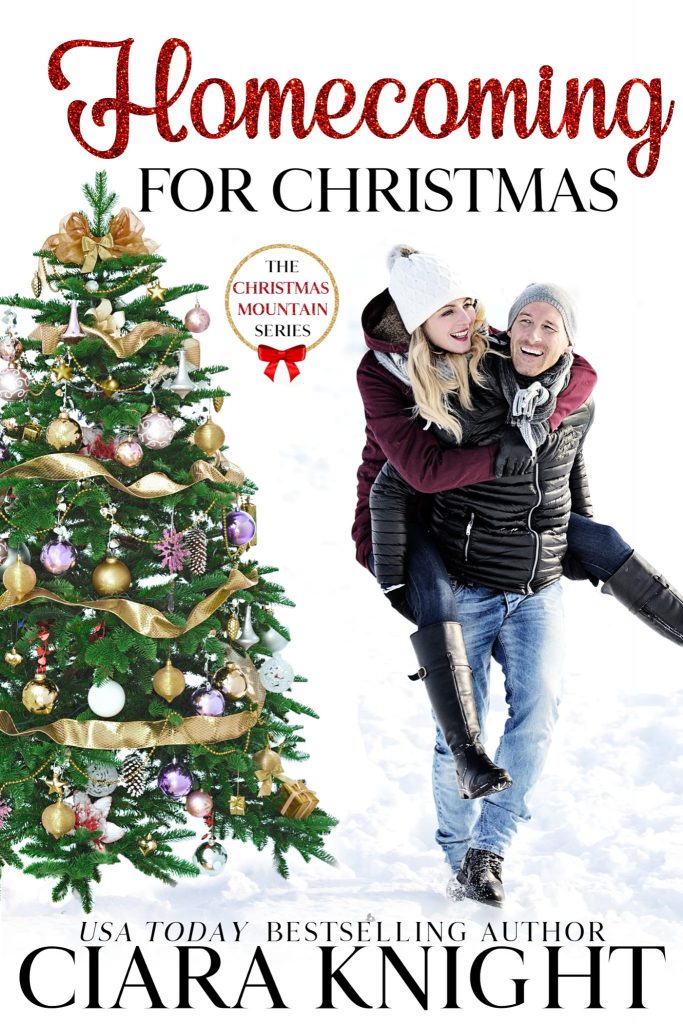 Eight years after fleeing Christmas Mountain because of a high school prank gone wrong, Ashley Brooks receives a mysterious letter from her mentor asking her to come home. She arrives to face all she left behind—her family, her friends, and the rich boy she’d loved who would never date the girl from the wrong side of town.

Ciara has the book on sale for just 99 cents! 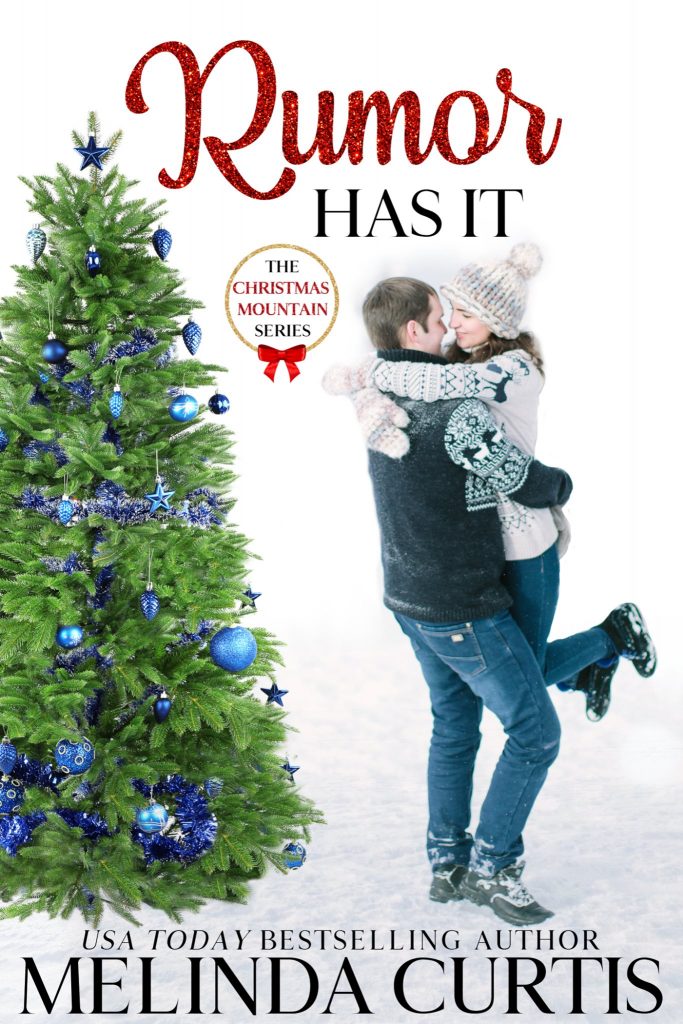 Rumor Has It
by Melinda Curtis

Twelve unlucky years ago, rumors flew about Lexi and Kevin. And now? Well, not much has changed, except this time neither can run away. Not from Christmas Mountain. And maybe . . . not from each other.

As a political strategist at Dunlop Bennet & Associates, Lexi Townsend’s career is going nowhere. She’s a cubical dweller writing speeches for freshmen senators in DC. But if she can hitch her career wagon to a rising political star, she’ll be on her way to a corner office in no time. When she’s offered a plum holiday assignment–an ideal candidate with deep pockets, someone who could make the leap from local to national politics–she starts to dream about that corner office.

Until she realizes her candidate is Kevin O’Malley, aka Kevin the Hottie, Kevin the Snob, Kevin the Liar, the same guy who shattered her high school reputation back home in Christmas Mountain with a rumor. Assignment in hand, Lexi braces herself for the most difficult political race of her career–because this time it’s personal. 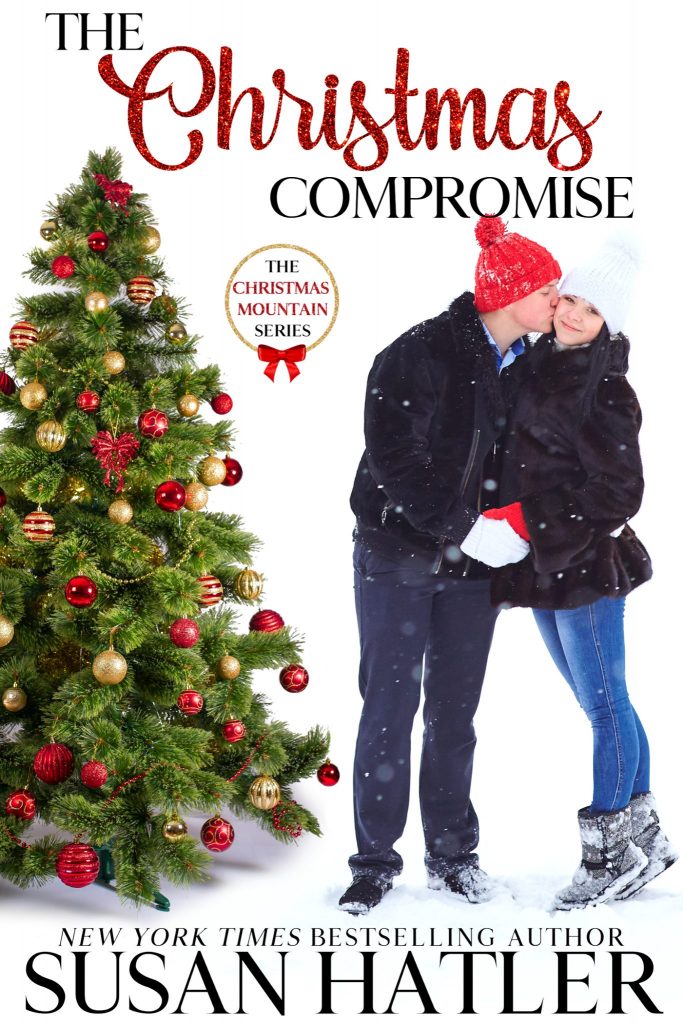 The Christmas Compromise
by Susan Hatler

Morgan Reed is excited to return to her hometown of Christmas Mountain, Montana and open her beauty salon, but when she arrives to her rented business space she’s shocked to find it already occupied by Dallas Parker—her brother’s best friend, the guy she had a childhood crush on, and the one her mom blames for their family’s greatest tragedy. 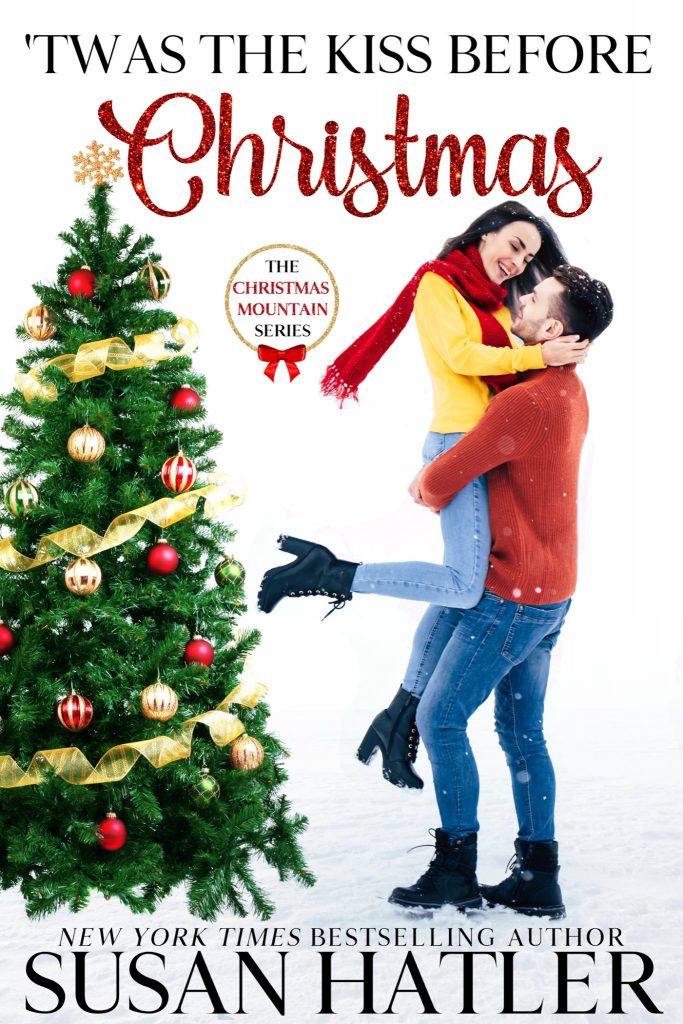 Twas the Kiss Before Christmas
by Susan Hatler

Faith Sterling relishes experiencing the great outdoors in style, so her job at Silver Bells Luxury Tours in Christmas Mountain, Montana is ideal. Sure, business has been slow of late, but hopefully the influx of tourists for the holiday season will give them the much-needed boost in sales they need.

Adam Kline is a city-boy who inherited Silver Bells Luxury Tours when his dad passed away. Adam regrets not spending more time with his dad due to his busy work schedule heading a PR firm in Manhattan. Since the store is a painful reminder of that fact, he wants nothing more than to sell it.

But Adam doesn’t count on Faith, who’s determined to show him how fantastic her small mountain town is, and convince him to keep the store and his dad’s dream alive. Soon, Adam is thinking about more than the future of the store—he’s thinking of a future with Faith.

Will the enchanting outdoor excursions be enough to convince Adam to take a chance on keeping the store open? More importantly, will a little Christmas magic help Faith and Adam remember that business is business, but love is what matters most of all? 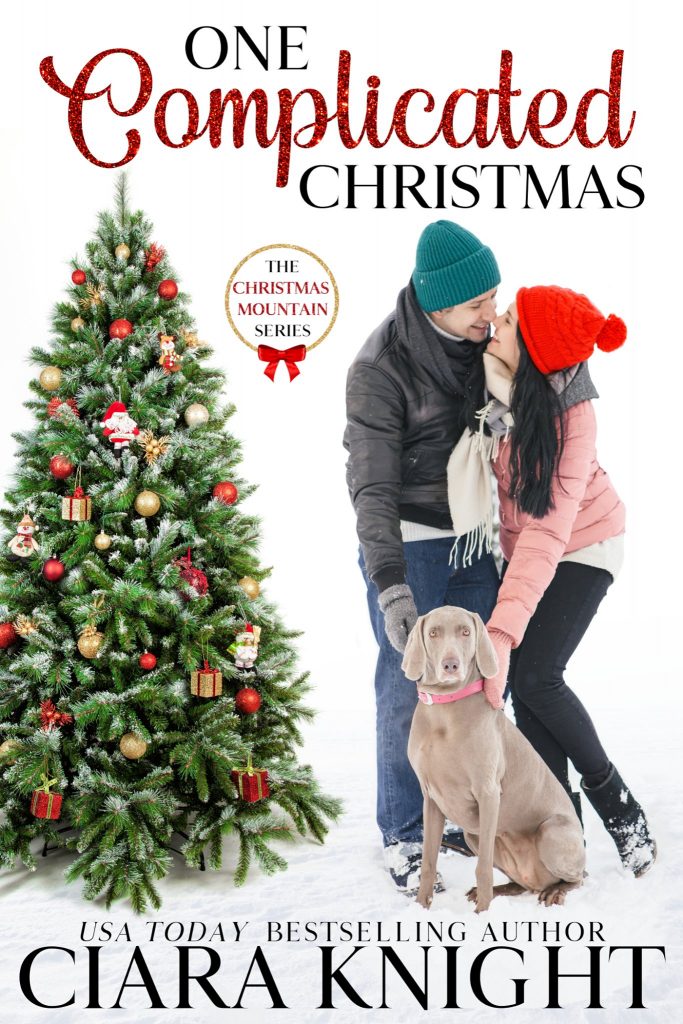 One Complicated Christmas
by Ciara Knight

Perfectionist, Emma Winters, dreamed of becoming a world-class chef, but after high school, her plans were derailed by a handsome man with a promise of tomorrow. Emma lost everything in the name of love- her heart, a baby, and the ability to have children.
After eight years, she returns to her hometown to make amends for past mistakes and lands the top chef job at Pine Tree Inn. All her newfound accomplishments are threatened when a jet-setting, charismatic Seth Mason sprinkles on the charm, bubbling up unwanted feelings.
Emma clings to her vow never to fall for the wrong guy again and sends him away, only he returns a year later as a self-proclaimed improved version of his former self. After he rents out the entire lodge for a Christmas party for orphans, she must ignore her feelings in order to keep her job. A difficult task when Seth works so hard for a second chance at love. 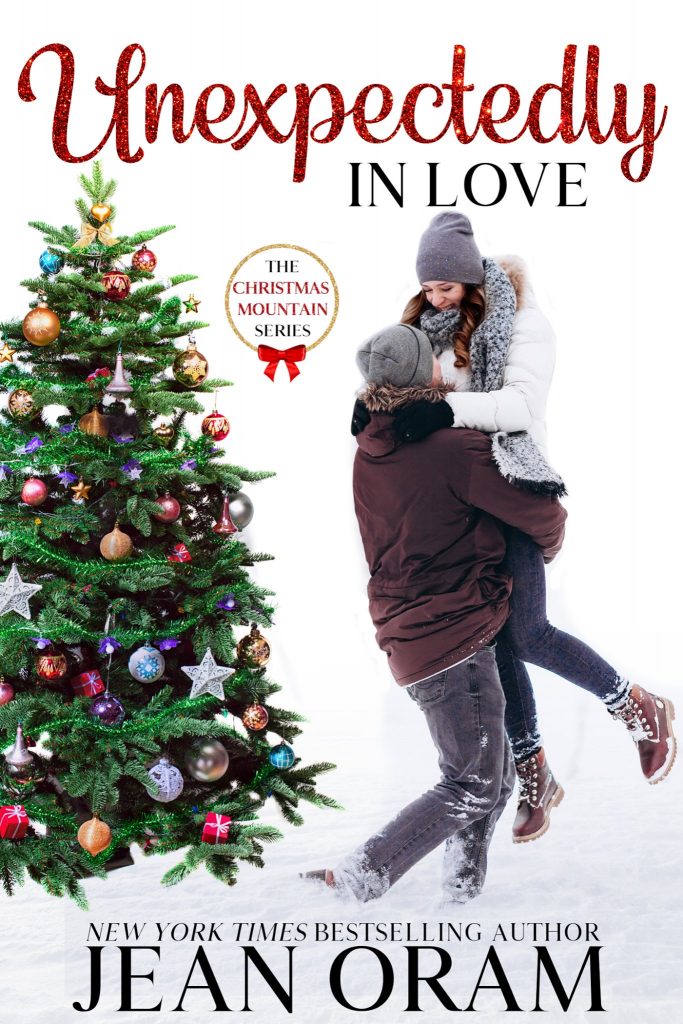 Unexpectedly in Love
by Jean Oram

A swoon-worthy hero, a single mom, a Christmas wish…and a happily ever after?
Joy Evans is a single mom in a small town, and she might just be falling in love…
With her nemesis.
Joy Evans assumed her marriage would last forever. She also assumed she’d never fall in love with her new neighbor, the annoyingly insightful Steve Jorgensen who always finds new ways to get her all riled up.
But everything changes this Christmas when Steve tugs Joy out of her stagnant life and reminds her that life is an adventure, and that true love is just around the corner if you’re willing to take a risk and open your heart.
A charming, small town sweet romance about the guy next door, a single mom, and second chances. A heartwarming Christmas romance that will delight readers with its humor and tender moments. Download your copy today and fall in love with this holiday season’s most swoon-worthy hero. 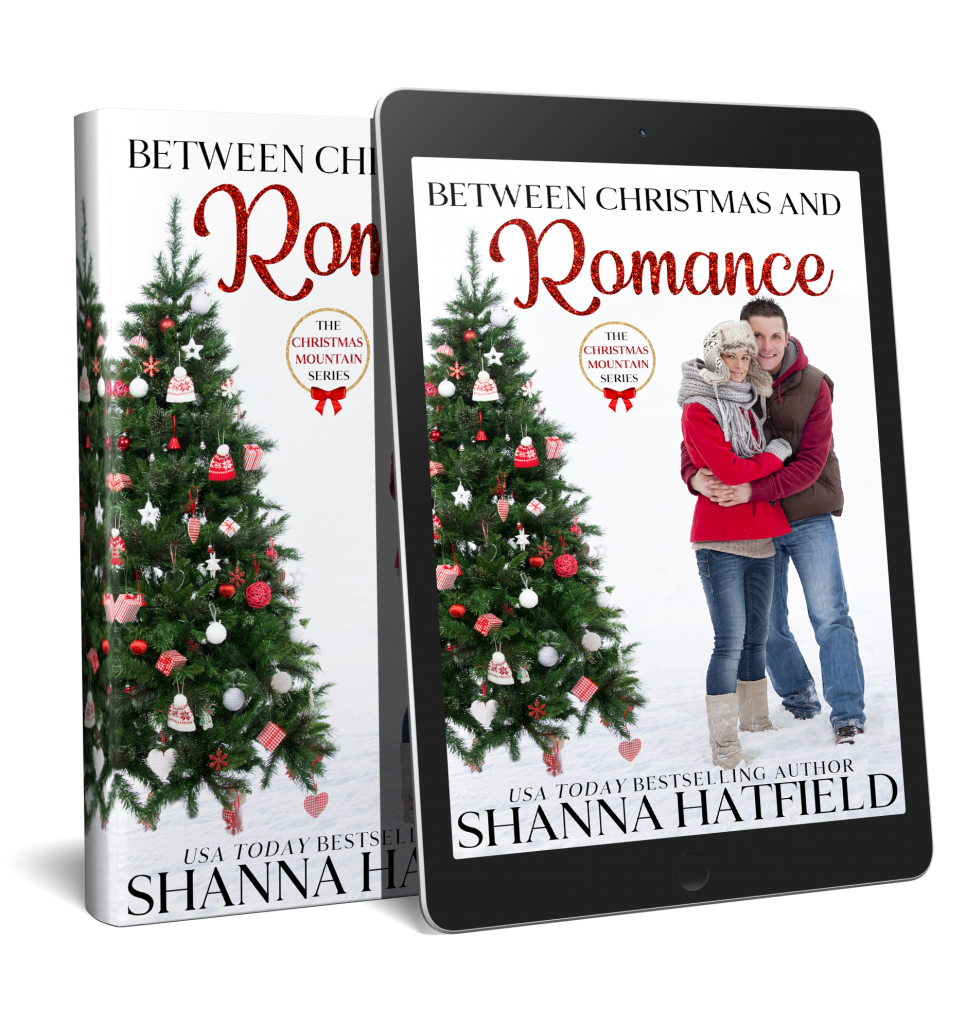 Between Christmas and Romance
by Shanna Hatfield

There’s nothing like the spark of attraction to light up the holidays . . .
When the bright lights and big city lost its luster, Carol Bennett returns to her Montana hometown disillusioned and ready to embrace a simple, quiet existence. After she takes over the Christmas Mountain bookstore, she is determined to forget the glitzy world that left her with broken dreams. The store provides the perfect place to hide from her past while indulging her secret joy of reading sappy romances.

Then she encounters a cowboy too handsome for his own good and too insightful for hers. Although she adores his grandmother, rancher Tim Burke is stubborn, bold, and opinionated. He refuses to let her hide when he sees her all too clearly and does his best to draw her out of her protective shell.

In spite of her determination to detest the man, the sparks sizzling between them could light up the town’s Christmas tree. Carol has to decide if she’ll choose being brave and latching onto happiness or staying safely tucked away in her store.

Will two such opposite people be able to find love somewhere between romance and Christmas?