A couple of months ago, I noticed cowboy nachos on a menu and the thought intrigued me. Not enough I ordered them, but it piqued my interest and I started looking up recipes online.

The two things I learned from all the recipes I found were:

1. You must include beans

2. You can use cheap cuts of beef

So I decided to make up my own recipe and give this a whirl. Captain Cavedweller was pretty glad I did.

The recipe is easy and really quite tasty. Give it a whirl! 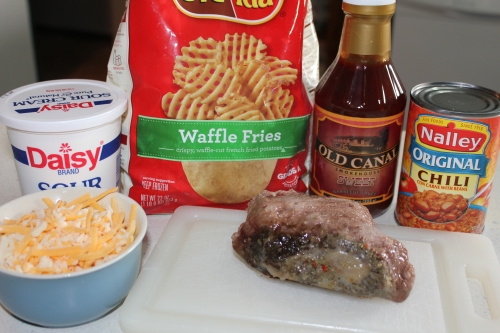 Start by cooking your brisket. 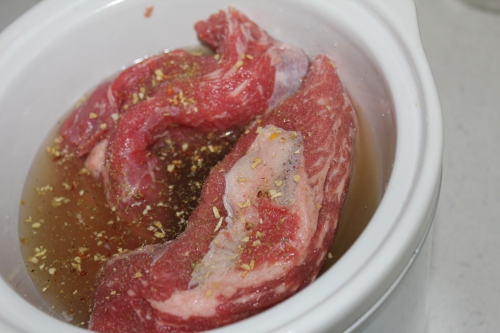 I cut mine in half, stuffed it in the slow cooker, added a can of chicken broth and some seasonings. Eight hours later, I had perfectly tender meat. 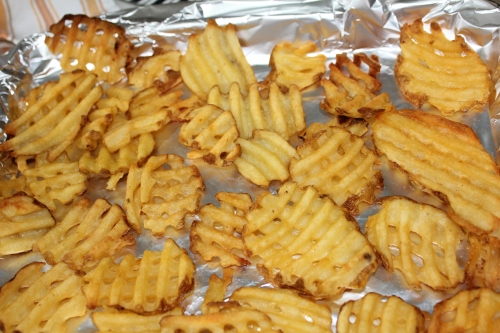 Bake fries in a single layer in the oven. 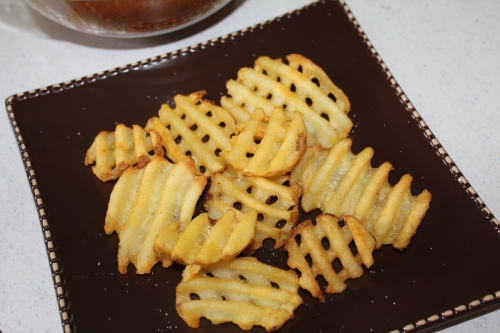 Start building your nachos with the fries first.

Followed by the chili beans.

Layer on slices of meat and sprinkle (or drench if you are Captain Cavedweller) with barbecue sauce.

Top with cheese and olives – then enjoy!

Start by cooking the brisket. I put mine in the slow cooker for eight hours with a can of chicken broth and some salt and seasoning. If you have a good barbecue joint in your town, you could also pick up brisket already cooked if you are in a hurry to put this together.

About 20 minutes before you are ready to serve, pop the fries in a single layer in the oven and bake until golden (following package directions).

Ten minutes before the fries will be done, remove the meat from the slow cooker and let rest for about five to seven minutes. Cut into thin slices.

Cook chili according to can directions (I nuke mine since it takes less time and then I can serve in the same bowl!).

You can let people put on their own toppings or you can make a huge platter – your choice. Just layer on fries, chili, sour cream, meat, barbecue sauce, cheese and olives.

Hearty, flavorful and so good!