When I was four, my parents started building a new house up the hill from the small house they’d lived in since they’d bought the farm more than a dozen years prior to my arrival.

As long as I can remember that three-bedroom house where they lived with three teenagers and a baby (me) was called The Old House.

Sadly enough, the only photo I have in my possession of The Old House is the one above. (that is me on the pony. If I remember correctly we called it Blue and that is most likely my sister-in-law hiding behind the pony. I would know more detail but I was 3 at the time.) You can see the front of the house in the photo. Note the steps out front.

Once we moved to the new house, the old house was used for storage, and then the structural damage made even storing things it in questionable.

So my nephew, who now owns the farm, decided to tear down The Old house and burn it. I have to tell you it was rather a complicated mix of emotions I felt when he pushed it down, but I knew it needed to happen.

Captain Cavedweller and I just happened to be visiting that weekend. It was a Saturday night, and because all the family was gathered and we didn’t have anything better to do, my nephew decided to burn the house. It was quite a finale to the evening, I must say.

After pouring a little fuel on the dry wood, he lit the fire and we all stood around watching and waiting.

It didn’t take long for the fire to start spreading.

The flames were really hopping on this side of the house.

In no time at all, the entire structure was on fire. A few of us watched completely intrigued by the fire whirls. It was at this point my little niece decided we needed to find some marshmallows to roast. We finally convinced her they would be melted before they ever got toasted. Not to mention none of us wanted to get any closer to the fire.

Here you can really see one shooting up in the midst of the fire. The fire whirls are basically ascending currents of air, like a dust devil except with fire. We think the combination of extreme heat (because believe me it was really, really hot) and the fire burning together from two opposing corners caused the velocity to start the whirls. As they burned up and out, little dust devils swirled around the surrounding area. Sorry, it was too dark to get photos of the swirling dust and to be quiet honest, the swirling flames were much more interesting!

You can see here the big plumes of black smoke are gone and the flames are burning really hot as it gets down to embers. This was about the time one of the neighbors came over to see if we were trying to burn down the world or just a small portion of it.

And here are the blazing hot embers at the end of the fire. I should have gone back the next morning to take photos of the ashes, but it just seemed better to stop here. 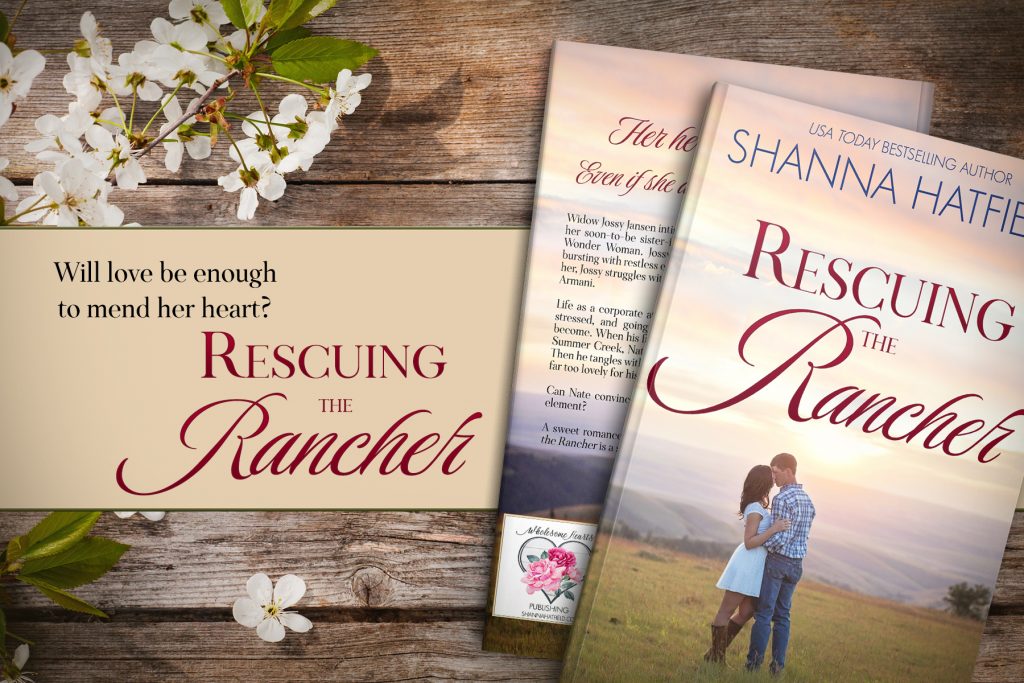 In Rescuing the Rancher, Jossy has an old house full of conflicting emotions and it just so happens to catch fire in the story.  The scene where it is burning was very much inspired by this house-burning adventure we had on the farm.

Isn’t it neat how real life works its way into sweet romances?

If you haven’t read it yet,  you can order your copy of  Rescuing the Rancher  today!

Amazon | Barnes and Noble | Apple | Kobo
See more of what inspired the story on my Pinterest board for Rescuing the Rancher.