Hearts of the War Update 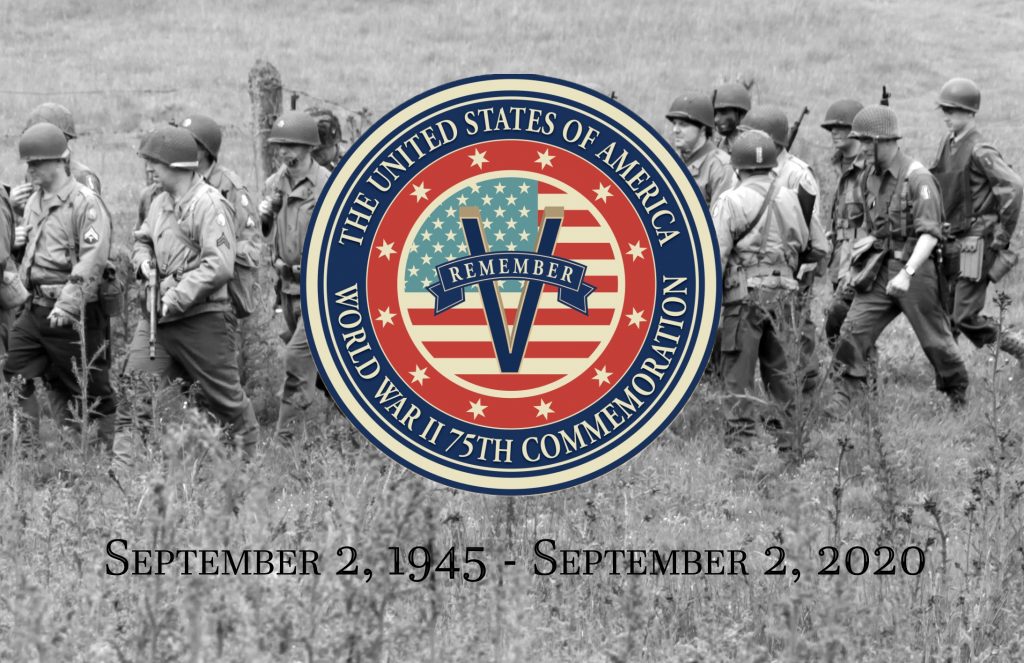 “It is my earnest hope, and indeed the hope of all mankind, that from this solemn occasion a better world shall emerge out of the blood and carnage of the past — a world founded upon faith and understanding, a world dedicated to the dignity of man and the fulfillment of his most cherished wish for freedom, tolerance, and justice.”

Today, marks the 75th anniversary of the end of World War II.  Documents were signed September 2, 1945 bringing to an official close a war the United States didn’t want to enter. World War II took place in the European and Pacific Theaters. The war in Europe came to an end May 8, 1945. As news of Germany’s surrender reached the rest of the world, crowds gathered in the streets to celebrate, many clutching newspapers that declared Victory in Europe (which would become V-E Day). Months later, US President Harry S. Truman announced Japan’s surrender and the end of the war. Formal surrender documents were signed aboard the USS Missouri on September 2, 1945. The day was designated as Victory over Japan Day (V-J Day). This day was particularly momentous because the gruesome, bloody, exhausting war was finally over. For many, the day was bittersweet since their loved ones would never return home. More than 400,000 Americans gave their lives to secure out nation’s freedom. Countless others made sacrifices both in battle and on the homefront. I am so grateful to those who served, those who sacrifice, those who gave their all to protect our freedoms and give us a future. To go along with today’s special commemoration, I’ve given my World War II sweet romance series, Hearts of the War, a whole new look. These fictional stories are full of hope and love, and tidbits of history, like the bravery of Doolittle’s Raiders, and those who fought at Midway and changed the entire course of the war. 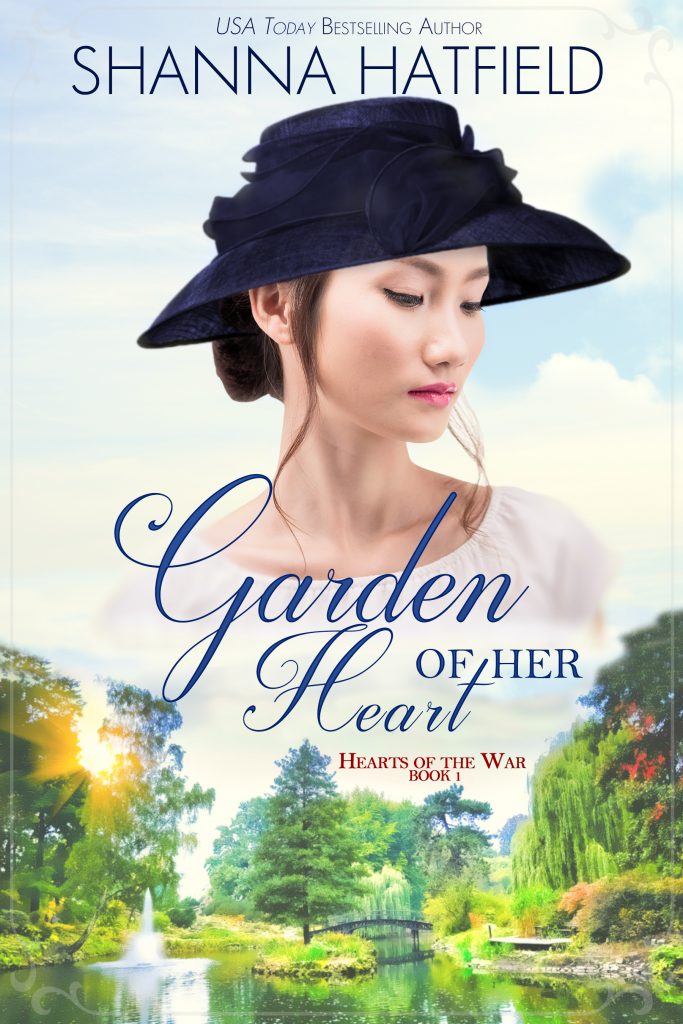 Can forbidden love blossom amid the constraints of war?

The moment the Japanese bombed Pearl Harbor, life shifted for Miko Nishimura. Desperate to reach the Portland Assembly Center for Japanese-Americans, she’s kicked off the bus miles from town. Every tick of the clock pushes her closer to becoming a fugitive in the land of her birth. Exhausted, she stumbles to her grandparents’ abandoned farm only to find a dying soldier sprawled across the step. Unable to leave him, she forsakes all else to keep him alive.

After crashing his plane in the Battle of the Atlantic, the doctors condemn Captain Rock Laroux to die. Determined to meet his maker beneath a blue sky at his family home, he sneaks out of the hospital. Weary and half out of his mind, he makes it as far as a produce stand he remembers from his youth. Rather than surrender to death, Rock fights a battle of the heart as he falls in love with the beautiful Japanese woman who saves his life.

A poignant, sweet romance, Garden of Her Heart proves love can bloom in unlikely places even under the most challenging circumstances. 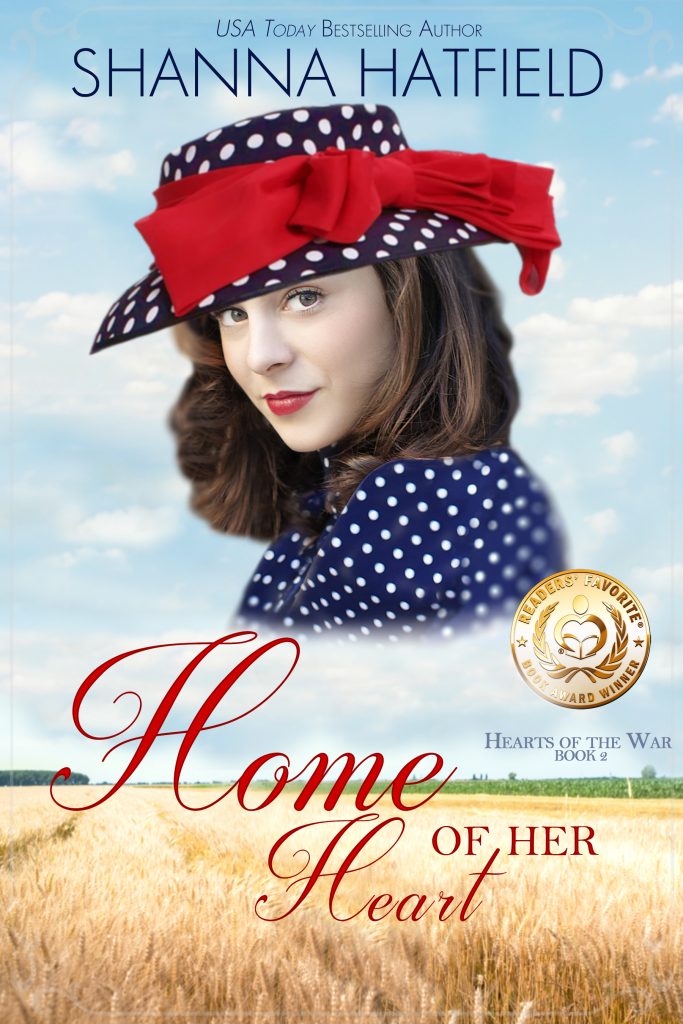 Who said anything about falling in love?

Orphaned at birth and a loner all his life, the last thing Sergeant Klayne Campbell needs is for feisty Delaney Danvers to entangle his thoughts. Bravely volunteering for a top-secret mission almost certain to get him killed, Klayne can’t bear the thought of dying utterly alone. All he wants is to face death knowing his life meant something to at least one person. Offering Delaney a marriage of convenience, he plans to leave behind a war bride as his beneficiary. After just one night as her husband, Klayne realizes he’ll do anything to survive and return to her.

The moment she met handsome Sergeant Campbell at a holiday party, Delaney’s whole world shifted off kilter. Full of fun with an unquenchable zest for life, she isn’t afraid to go after what she wants. And what she wants is Klayne. When he prepares to join a hazardous mission, she seizes the opportunity to give him a reason to fight his way back home — to her heart. A tender, sweet romance rich with history and enduring love, Home of Her Heart captures the era and emotions prevalent during America’s entry into World War II. 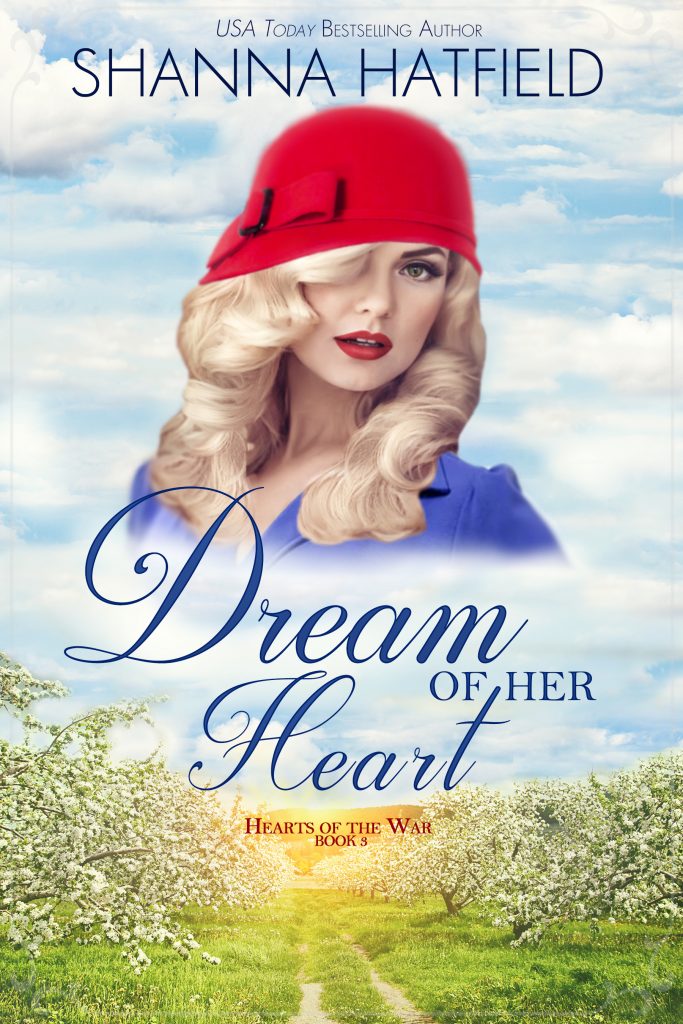 Is there room for love in a time of war?

Days before he must ship out to prepare for a dangerous mission in the Pacific, Lieutenant Zane West crosses Oregon to see a good friend who has been wounded in action. He arrives at the veteran’s hospital, only to discover the army captain has disappeared without a trace. As Zane searches for answers, he finds himself captivated by a beautiful and spunky nurse who offers her help. Is she the key to his future, or an unwelcome distraction from his important wartime mission?

Nurse Billie Brighton puts her heart and boundless energy into caring for wounded soldiers, but she vowed long ago never to let one of the dashing rogues turn her head. That is, until a handsome lieutenant arrives seeking his missing friend. Thoroughly enchanted, she can’t help but break her own rules. Has she finally found the love she secretly longs for, or is she headed for heartbreak?

Step back in time to 1942 with a sweet, charming World War II romance full of history, heart, and a happily ever after.

May we never forget or fail to appreciate all that was given for us.