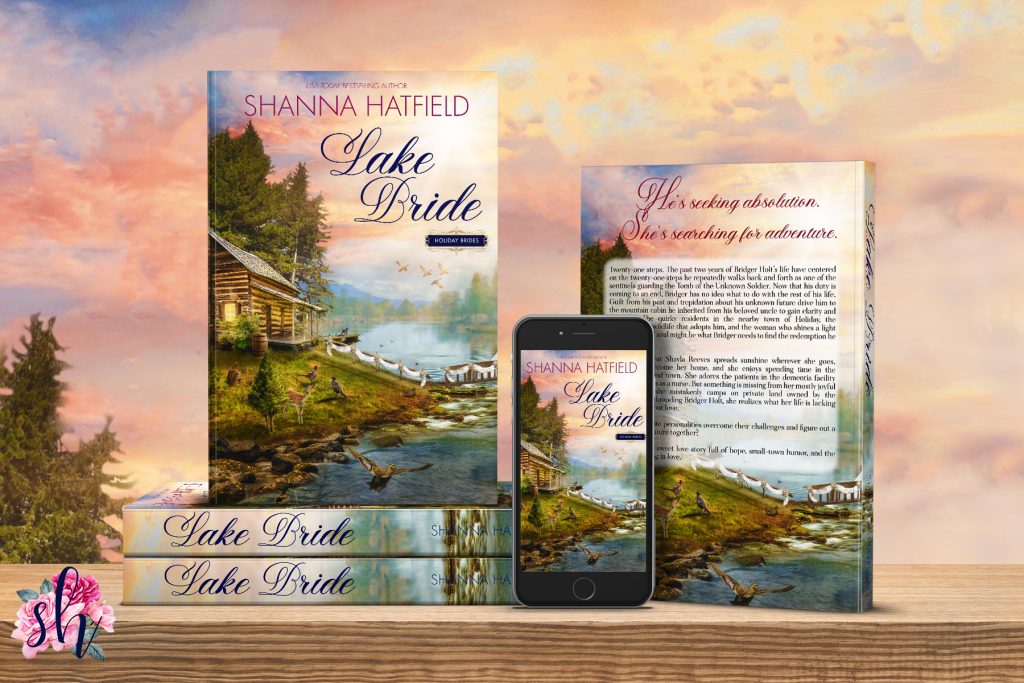 Fall in love with a soldier, a nurse, and a small-town adventure with delightful characters, amusing animals, and abiding hope.

Twenty-one steps. The past two years of Bridger Holt’s life have centered on the twenty-one steps he repeatedly walks back and forth as one of the sentinels guarding the Tomb of the Unknown Soldier. Now that his duty is coming to an end, Bridger has no idea what to do with the rest of his life. Guilt from his past and trepidation about his unknown future drive him to the mountain cabin he inherited from his beloved uncle to gain clarity and direction. The quirky residents in the nearby town of Holiday, the assortment of wildlife that adopts him, and the woman who shines a light into his tattered soul might be what Bridger needs to find the redemption he seeks.

Outgoing, upbeat Shayla Reeves spreads sunshine wherever she goes. Holiday has become her home, and she enjoys spending time in the mountains around town. She adores the patients in the dementia facility where she works as a nurse. But something is missing from her mostly joyful world. When she mistakenly camps on private land owned by the mysterious and brooding Bridger Holt, she realizes what her life is lacking isn’t adventure but love.

Will two opposite personalities overcome their challenges and figure out a way to build a future together?

Find out in this sweet love story full of hope, small-town humor, and the wonder of falling in love. 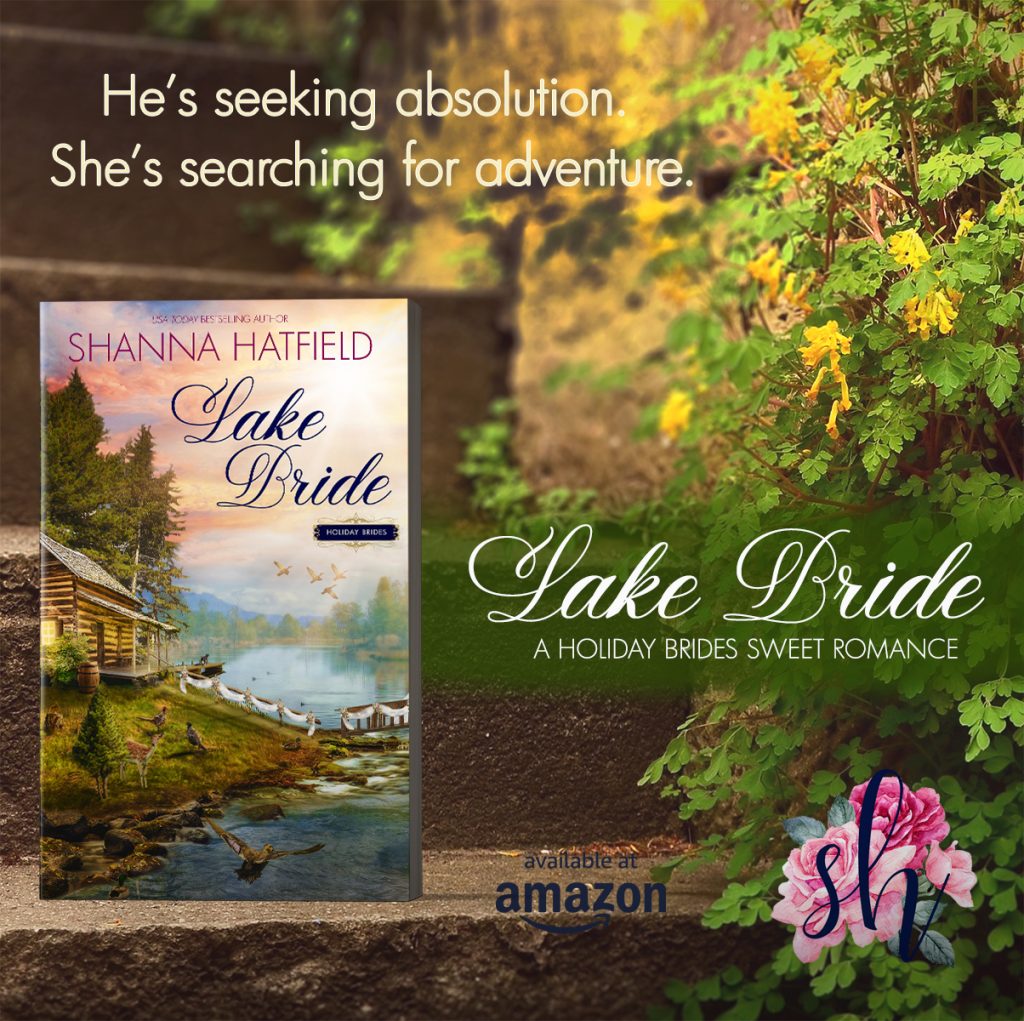 “Oooh, I just loved this book!!! I was so sad that it had to end. Bridger and Shayla were perfect for each other. It was fun to have the quirky seniors playing matchmaker again! And I enjoyed watching history unfold from the Evan and Henley story! So great!! Enjoy!”

“Shanna Hatfield has such a sweet writing voice. Every book she writes, wraps it’s storyline around your heart and fills your soul with love and hope. Bridger and Shayla are the perfect couple and truly compliment one another.”

“The draw of these two as they struggle with their attraction to each other is a thing of beauty.” 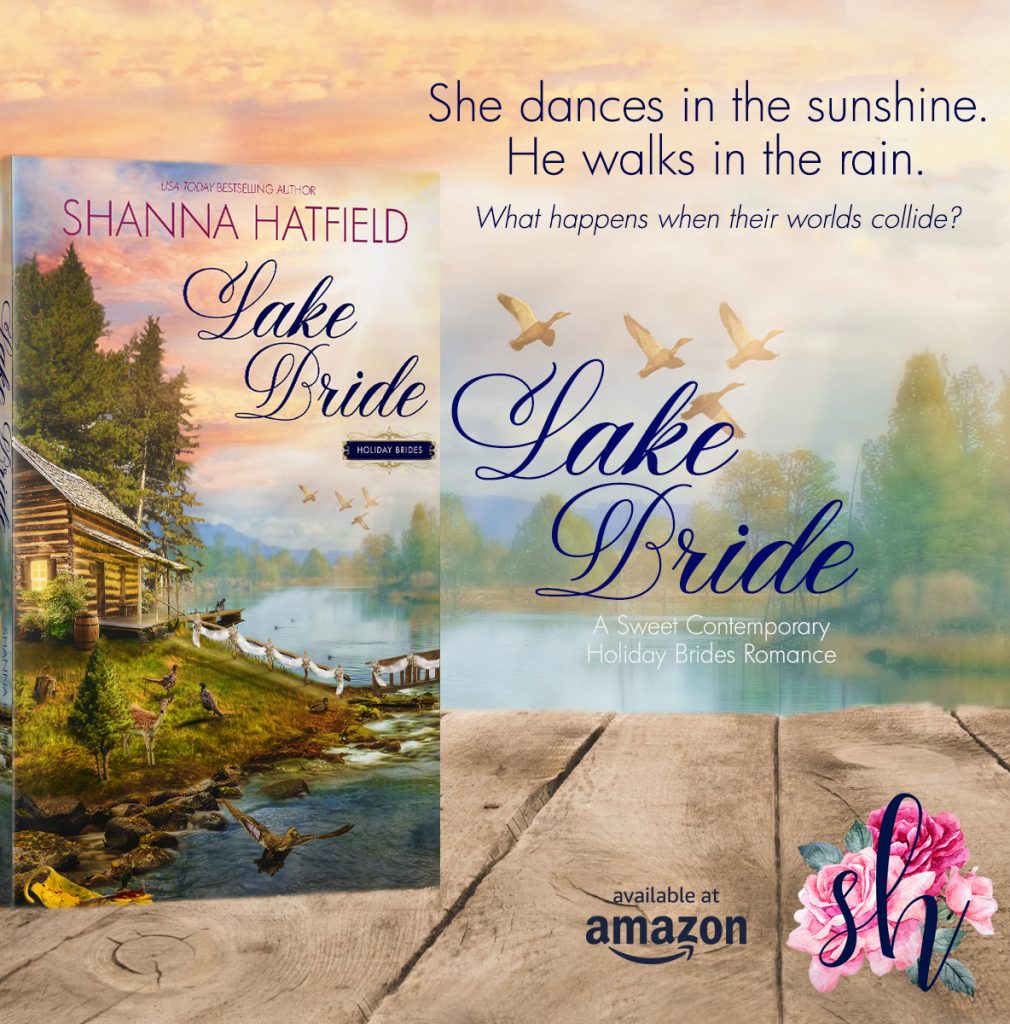 “Oh, my,” she whispered when he reached down and picked up the flashlight she’d dropped, handing it back to her.

His gaze tangled with hers. She decided if he’d planned to do something terrible to her, he wouldn’t have placed her makeshift weapon back into her hands. Besides, there was a gentleness about him that she couldn’t begin to explain, but knew to the very depths of her being existed.

He might look like he could wrestle a bear and win, but she was no longer afraid of him.

Shayla straightened her awkward posture, tossed the flashlight into the tent on her sleeping bag along with her sweatshirt and soap, and boldly glared at the intruder as she tightened her grip on the towel that had dipped precariously low when she’d tripped.

“Might I inquire as to why you’re standing in the middle of my camp?” she asked, trying to sound confident as the breeze blew up the back of the towel.

Rather than answer, he offered her a long, studying glance. She realized she probably looked like a throwback to cavedwellers with her hair in a snarled mess. It always looked like birds might nest in it until she combed out the tangles. Also, she likely had buffalo breath, since she hadn’t yet brushed her teeth. Confidence flagging, she tried not to breathe directly on him.

He grinned and took a step back, as though he’d read her mind. Shayla glanced down and hiked the towel up, securing it tightly in her armpit.

It was just her luck to run into a hunky guy when she looked like a waterlogged cat.

“Why are you here?” she asked when he continued to stare at her. Efforts to act nonchalant failed miserably as hysteria bubbled in her stomach and threatened to claw up her throat.

“I could ask you the same question,” he finally said, hiking one dark eyebrow toward his perfectly straight hairline. “Do you realize you’re trespassing on private property?”