Each Wednesday throughout the month of March, I’ll be sharing about inspiring women from the past to celebrate Women’s History Month.

This week, the spotlight shines on Abigail Scott Duniway and her work in the suffrage movement that inspired so many woman across the country. 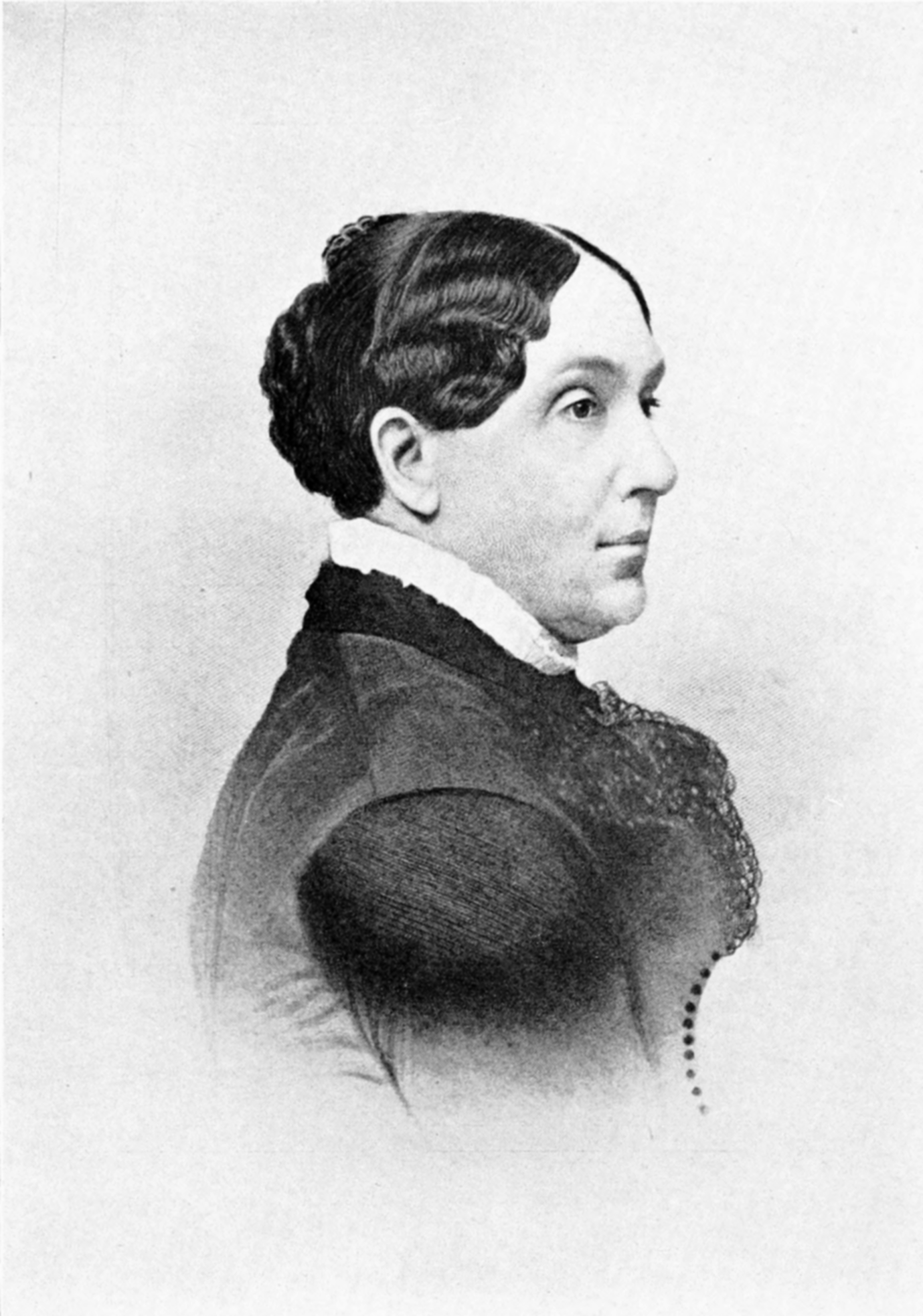 Abigail was born in 1834 in Illinois, the third of twelve children. Her Scott family traveled to Oregon territory in 1852 with their nine surviving children. Abigail was given the task of keeping a daily journal of their travels.

Once they arrived in Oregon, she took a job as a teacher and met Benjamin C. Duniway. They wed in 1853 and settled on Ben’s Donation Claim land (a forerunner to the Homestead Act) in Clackamas County. They later moved to Yamhill County, but lost both farms due to fire, flood, and notes that came due. After Ben suffered a permanent hip injury in a runaway team accident in 1862, he was only able to do light work. Abigail became the primary breadwinner for the family, taking in boarders, teaching school, and running a millinery shop.

In 1871, the family, which included five sons and one daughter, moved to Portland where they started The New Northwest newspaper as a family enterprise. Ben helped with the business end of the newspaper while their older sons took on the printing. Abigail, though, was the heart of the newspaper. It was one of the first newspapers in the West to champion the cause of women’s rights and became an enthusiastic supporter of women’s suffrage, for liberalization of marriage law, and property rights for women. The newspaper’s motto was ” Free Speech, Free Press, Free People.”

Abigail become known as an outspoken and often controversial writer and editor. She exposed and battled what she viewed as social injustice and discussed hard questions such as the legal status of women, the treatment of the Chinese in America, policies in regard to American Indians, as well as temperance and prohibition.  She also wrote poems and twenty-two novels including Captain Gray’s Company, reportedly the  first novel commercially published in Oregon.

In 1896, Duniway celebrated victory for women’s suffrage in the Idaho territory. She saw a similar victory in Washington territory in 1910. But Oregon, the state gave her the title of “Mother of Equal Suffrage,” would defeat women’s suffrage more times than any other state with losses in 1884, 1900, 1906, 1908, and 1910 – before Oregon women gained the ballot in 1912. Abigail was the first woman in the state to register to vote.  She was honored when the governor asked her to write the Oregon Woman Suffrage Proclamation in 1912. Sadly, she didn’t live long enough to see the Nineteenth Amendment give all women the right to vote. She passed away in October 1915 in Portland. 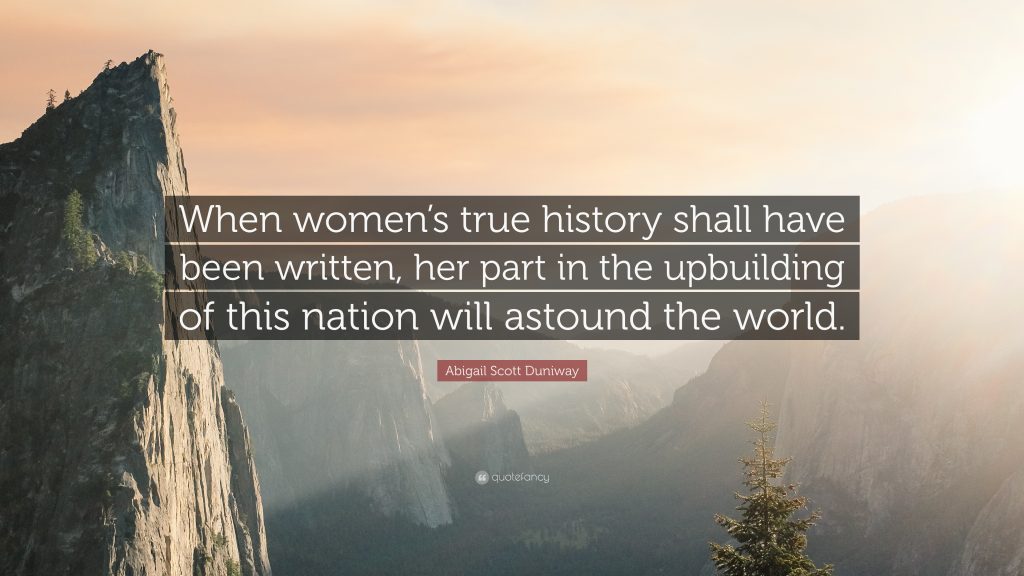 What she left behind, though, was a rich legacy that encouraged and supported women, that gave them a voice when they so often lacked one, and helped pave the way for equal rights for women.

Abigail was an inspiration to the heroine in my sweet historical romance Quinn.

In the story, Quinn is a suffragette who works at the local newspaper. She’s often heckled by the men there, which just makes her all the more determined in her efforts. 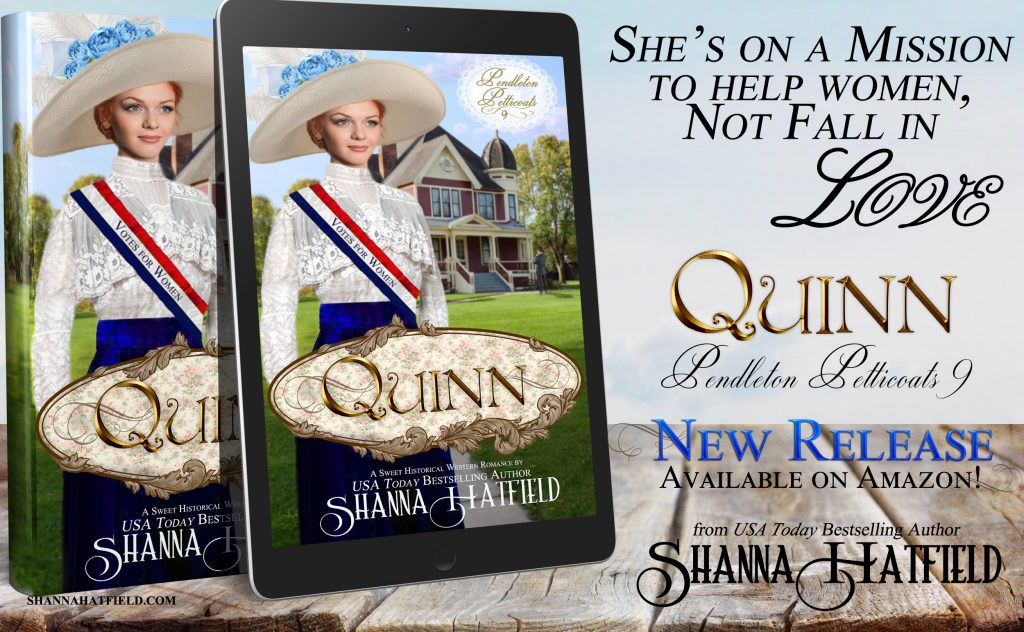 Find out more about Quinn and the hero who captures her heart.